Arradondo on gun violence: This cannot become our normal as a city 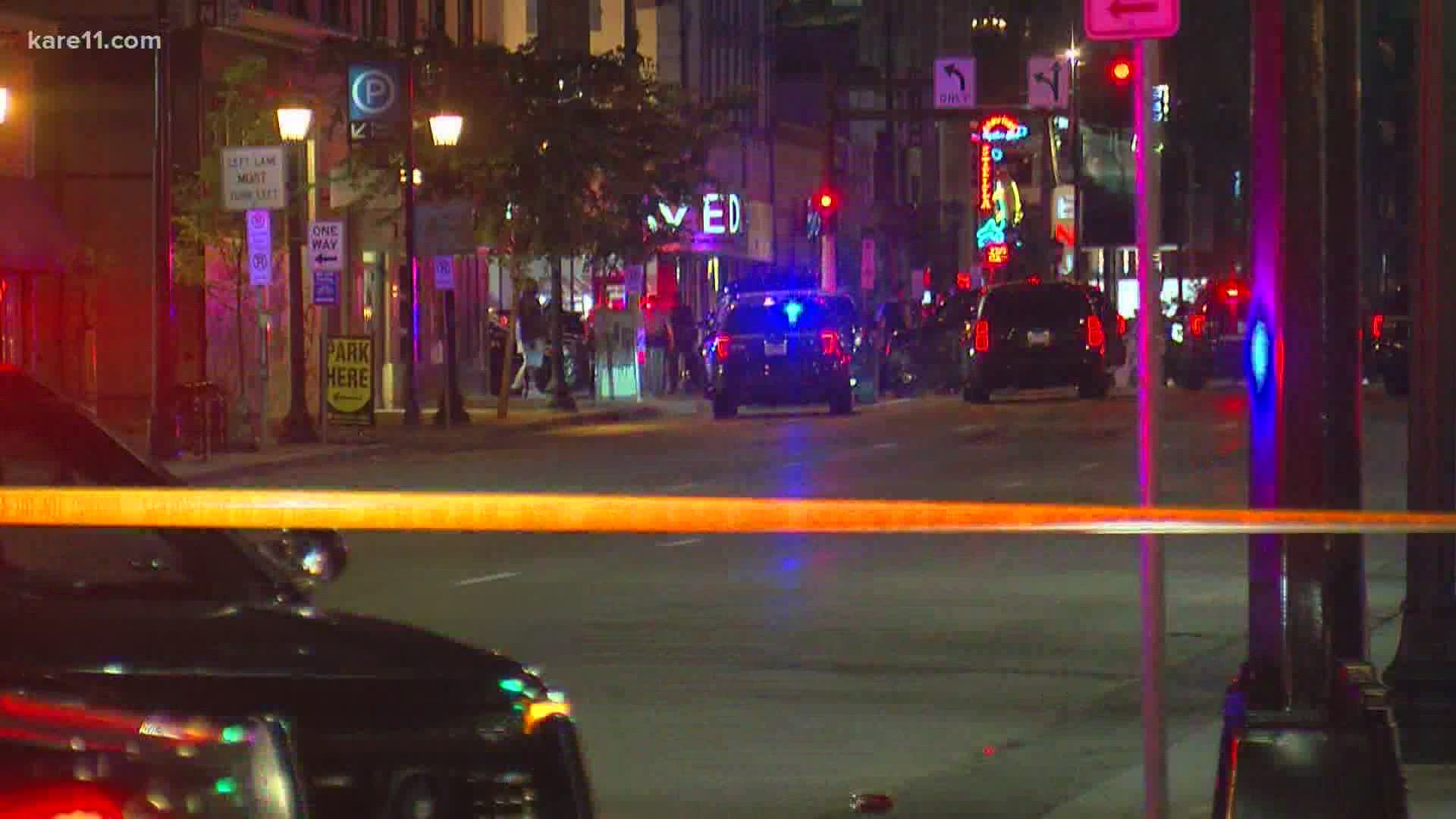 MINNEAPOLIS — Minneapolis police are investigating an overnight shooting in which 11 people were wounded along Hennepin Avenue in the Minneapolis' Uptown neighborhood.

"People scattered, and the suspects fled," according to a news release.

Hwang said that several people were out on the sidewalks when the shots were fired.

Police originally said that 12 people were shot and one person died. On Tuesday, they reported that the person who died was actually shot in a separate incident downtown. He was misidentified as an Uptown shooting victim in a "very chaotic scene" at Hennepin County Medical Center.

Police now say 11 people, all adults in their 20s, were shot and injured in Uptown.

Minneapolis Police Chief Medaria Arradondo addressed not only this shooting, but a recent uptick in violent crimes.

"Gun violence has to stop," the chief said.

He says he's in touch with the FBI and other agencies for assistance.

"For those of you who are out there who are harming our communities, you have to be held accountable. We cannot have this," said Arradondo.

He says Mayor Jacob Frey is looking to all his tools as well including a possible reimposed curfew.

No one is in custody at this time.

The FBI is now helping MPD with the shooting investigation.

In a press conference Monday evening, Mayor Frey said city leaders are "doing everything possible to quell some of the violence that we're seeing right now on our streets."

Frey added that they've been in communication with numerous community organizations for assistance, including the Minneapolis Chapter of Men Against Destruction – Defending Against Drugs & Social Disorder (MAD DADS), A Mother's Love and the NAACP.

"The number of gunshot wound victims, specifically to our African American community and young men, their lives are not disposable," said Arradondo in Monday's press conference. "We have to do everything we can to come together -- police department, our community, community support teams ... but we need more. This cannot become our normal as a city."

"The FBI in Minneapolis remains in close contact with the Minneapolis Police Department and continues to work on what tools and other assets we may have that can provide the greatest assistance to the department during this time," said Kevin Smith, FBI spokesman. "We can certainly bring intelligence and investigative resources to the table as a force multiplier now and will work with MPD on additional needs in the coming days."

The sense of lawnessness in the streets has some asking if MPD is standing down since the protests that followed the death of George Floyd. MPD spokesman John Elder said that is not true.

“I will tell you that that is emphatically false that our officers are standing down," Elder said. "I just saw an article today in a national magazine that said that it took us over 30 minutes to get to the shooting last night in Uptown. I will assure you that we were providing first aid to the first victim in under 3 minutes. We had staff on site within a minute and a half.”

Along with my neighbors and constituents, I am outraged by the gun violence in our community last night at Hennepin and Lagoon and I offer my deepest condolences to those injured, the man who died, and their families. In Uptown, bar crowds have been increasing in recent years and my office has been in frequent contact with neighbors, businesses, business licensing and MPD, which increased their presence last night from the previous night. Ultimately, no one in our community should fear or suffer violence and it is clear that we need to continue to invest in systems that work to keep people safe.

Anyone with information is encouraged to call CrimeStoppers at 1-800-222-TIPS (8477).  Tips may also be sent to www.CrimeStoppersMN.org. 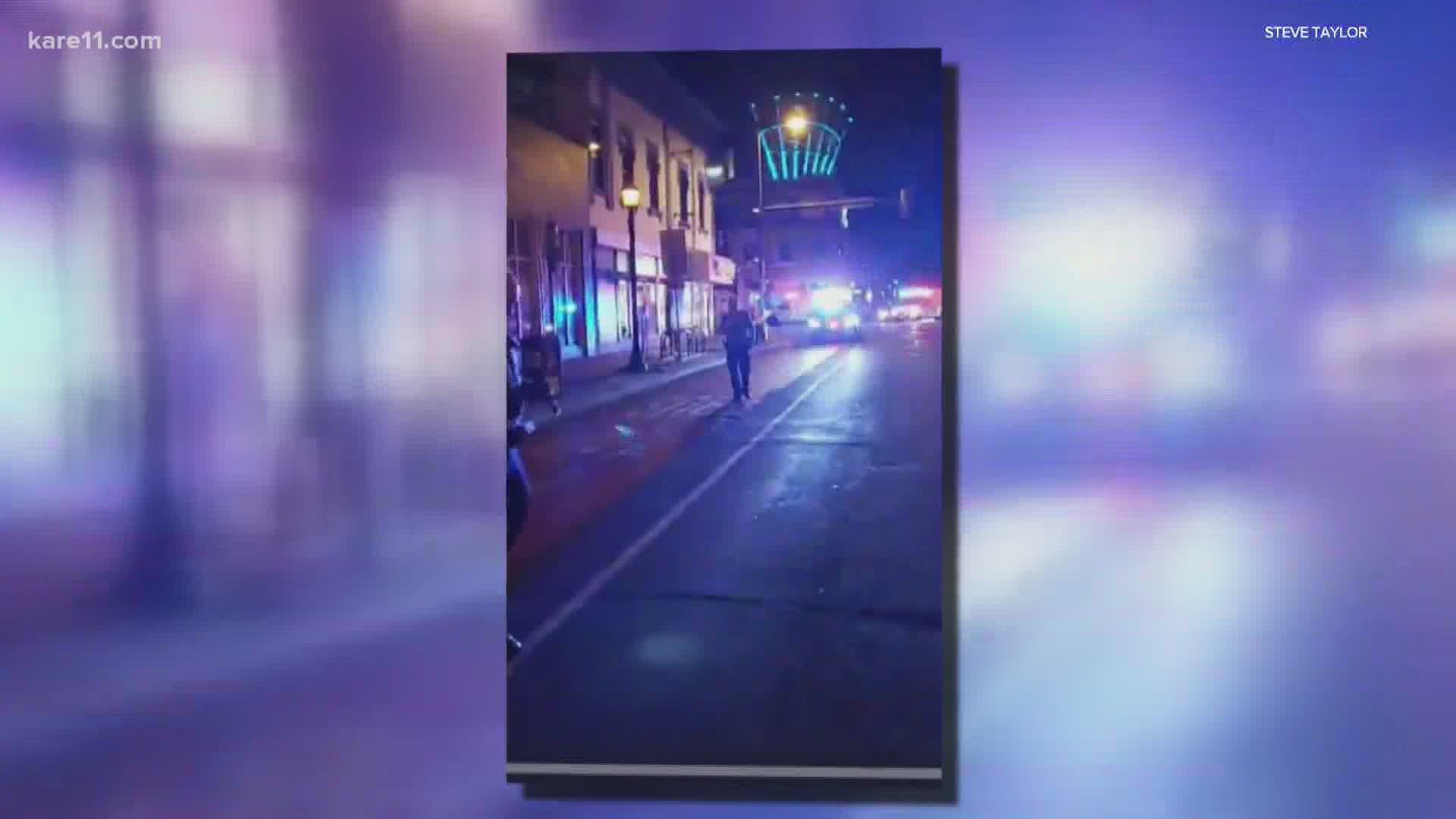 Editor's note: The original version of this story stated that one man was killed in this shooting, in addition to 11 people being injured. Minneapolis police have since discovered that man was shot in a separate incident downtown, and misidentified as an Uptown shooting victim due to the "chaotic scene" at Hennepin County Medical Center.