YORK, Pa. — Update (October 27): The York County Coroner’s Office released the name of the victim from the shooting that happened on Friday night. S... 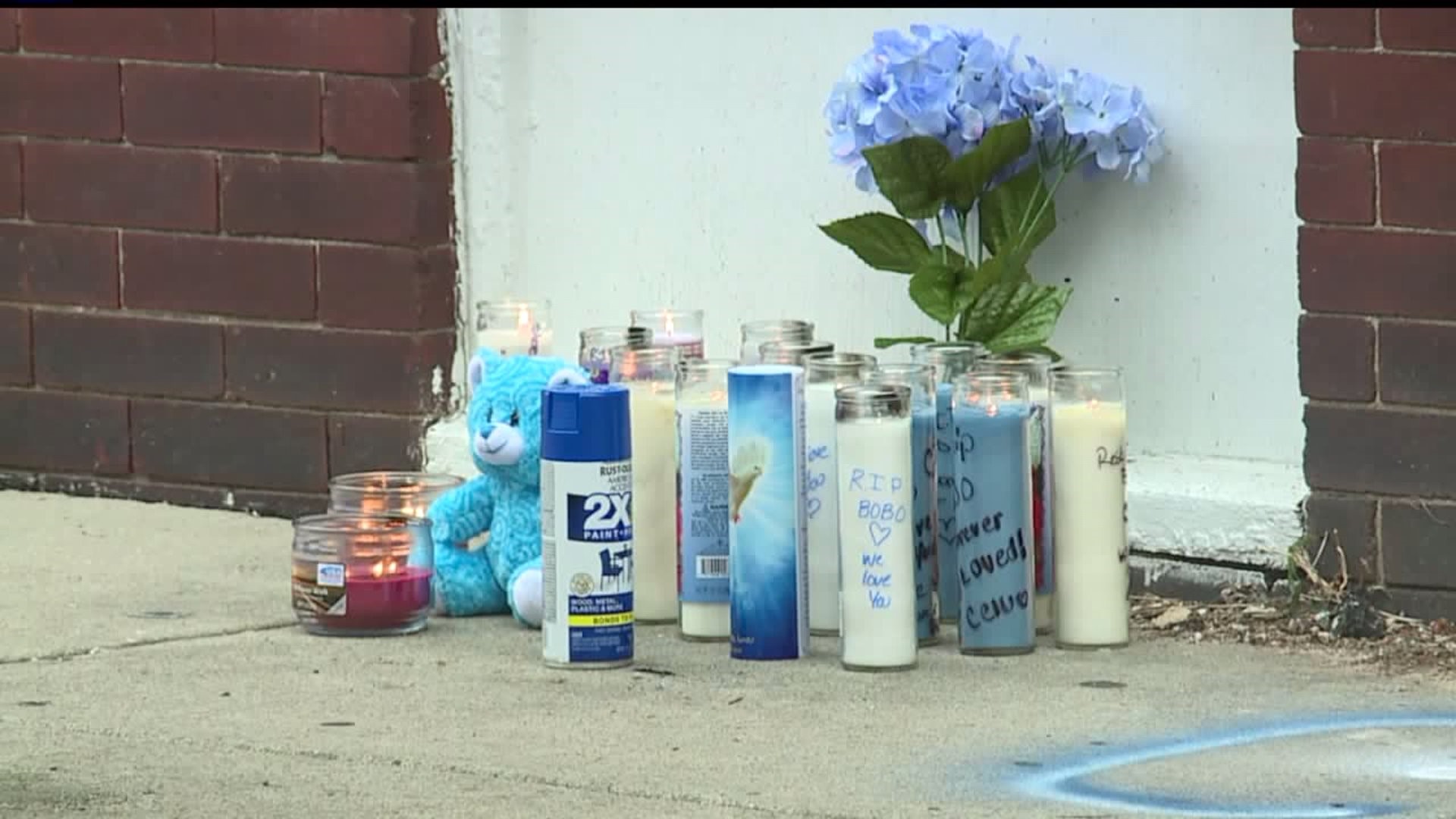 YORK, Pa. -- Update (October 27): The York County Coroner's Office released the name of the victim from the shooting that happened on Friday night.

Solomon Moore, 31, of York, was found deceased on the corner of South Hartley Street and West King Street, according to the coroner.

An autopsy is scheduled for Monday, October 28, at 8:00 a.m. at Lehigh Valley Hospital in Allentown.

One man is dead and another is injured after a shooting in York City, according to police.

Police say they responded to the 400 block of West King Street at 10:51 p.m. for a report of a shooting.

Upon arrival, officers located two men who had been shot. One man died and another was taken to the hospital. That man is in stable condition, police say.

No arrests have been made at this time, police add.

“I just heard the sirens going off and an ambulance came up the street," said Courtney Frazier of York.

“I have a 3-month-old, and there are plenty of children on this block right now, and what if it could be one of them?” added Frazier. “It could hit anybody, like even though, they might not mean to, you’re still shooting and you don’t know where that bullet is going to go."

Anyone with information should contact police in any of the following ways: