York Haven community works together to restore a church

A York Haven religious community worked together to restore a church for themselves. The restoration was done entirely through volunteers and donations. 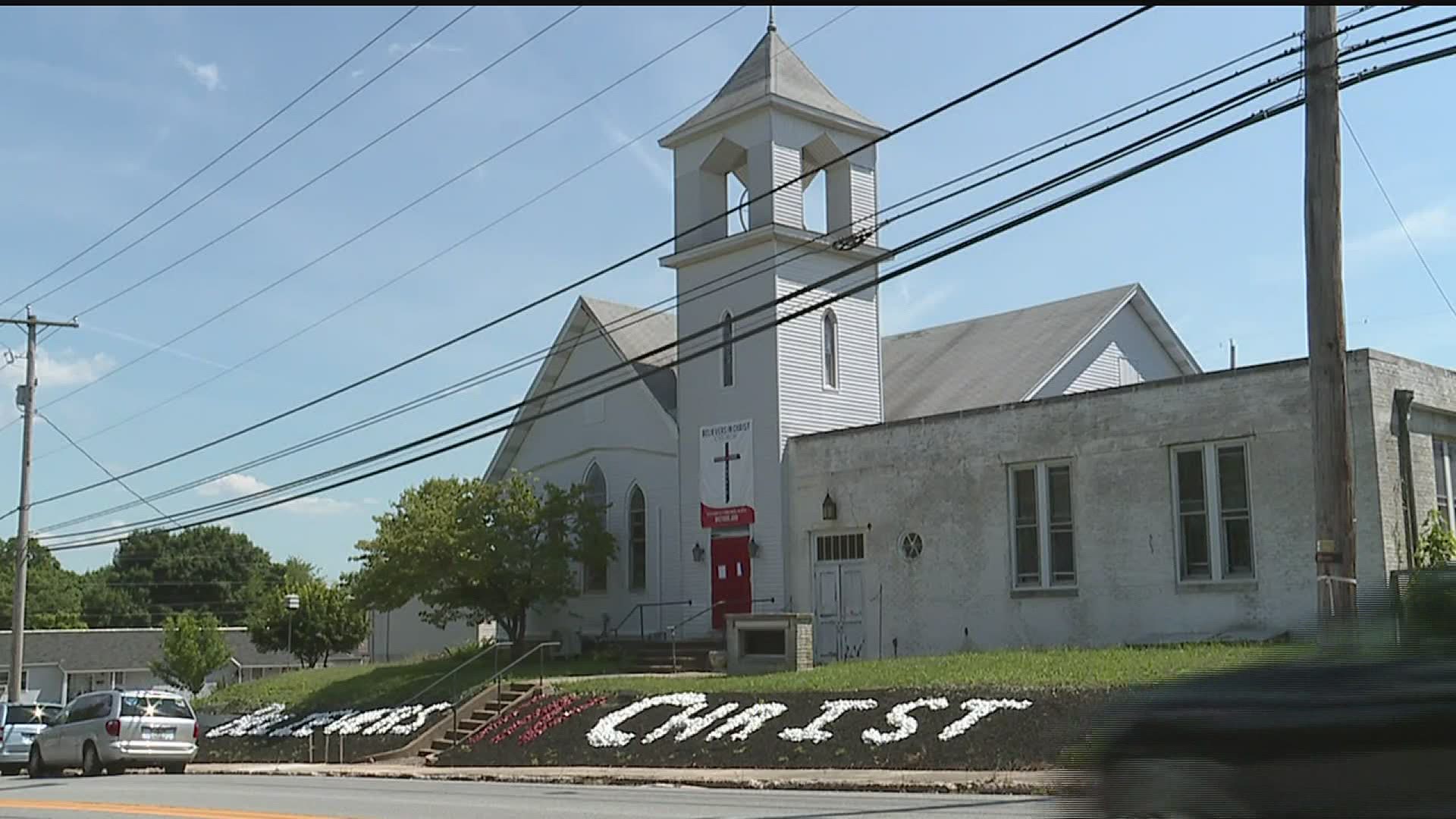 YORK HAVEN, Pa. — A York Haven religious community worked together to restore a church for themselves. The restoration was done entirely through volunteers and donations.

Congregants of Believers in Christ Church, a non-denominational church founded in 2017, met on Sunday for the first time in their new physical location on 121 S. Front St. in York Haven.

Four women stood in front of the worshippers singing into microphones, while two men accompanied them on a keyboard and drums. A camera set-up live streamed the service on Facebook.

But getting to this point took months of hard work and sweat.

Pastor Matthew Castillo had been leading the church for several years without a permanent location. Then he found a suitable building in 2019, but found it came with a catch.

“The building was kind of in bad condition, kind of dilapidated,” Castillo said.

The church, originally built in 1896, had been abandoned at least 10 years. Believers of Christ members raised about $50,000 to pay for the property. But when they arrived, they found caving ceilings, cracked walls and evidence that people may have been squatting there.

“We had to do a total gut rehab, had to restore it, Castillo said. “We wanted to put it back into the Lord’s hands.”

The entire restoration was done through volunteer work and donations.

A contractor volunteered to repaint the sanctuary. One member restored the windows. Someone else donated the pew chairs. Other members rolled up their sleeves and got to work.

“We had to clean. We had to paint. We had to put both of these bathrooms in. We got offices in the back that we’re building,” Evans said. “Everything.”

After months of hard work, worshippers celebrated the finished sanctuary. They listened to the sermon, and sang, clapped and danced to the music.

“It feels good,” Evans said. “Just coming into the church today and looking at how far we came.”

About half of the building still needs restoration work, church leaders said. They are still accepting donations and volunteers to help complete the work.

The church is also working to relocate its programs, such as its food bank, to the new location. Leaders hope to develop new programs there as well, including a daycare.