A York County comic book store is collecting comic books to send to children in hospitals and cancer centers. 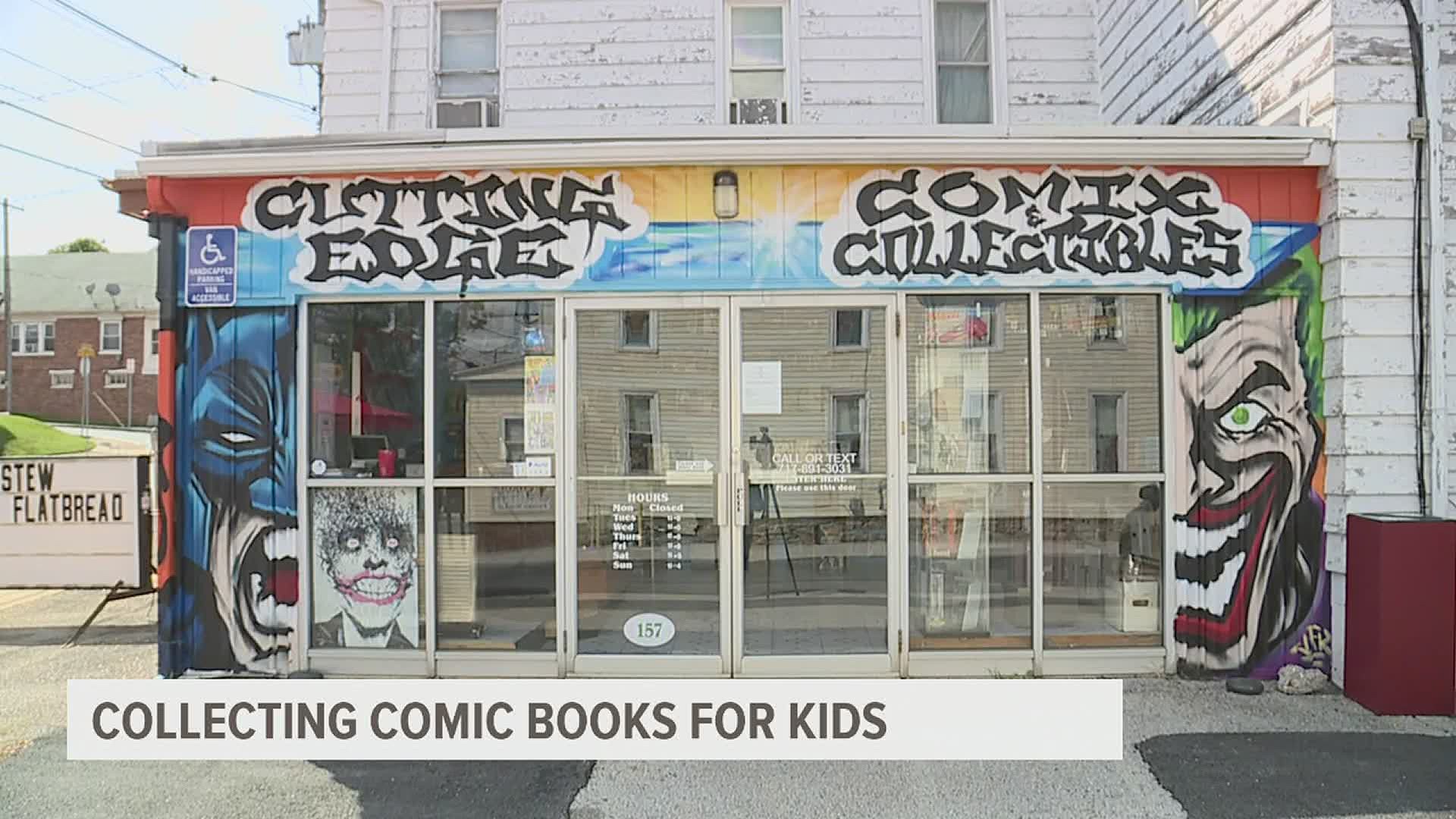 RED LION, Pa. — Two York County men are on a mission to cheer everyone up a little bit—through a comic book store.

Cutting Edge Comix & Collectibles opened in Red Lion Aug. 1. Co-owners Jim Wisniewski and Ryan Miller were inspired by a nonprofit called ComicBooks for Kids!, which gives free comic books to children in hospitals and cancer centers across the country.

“It's so great to see a child's smile when [he] opens up a book,” Miller said.

In addition to wanting to give kids an outlet through comic books, Wisniewski and Miller both loved collecting comic books themselves.

Wisniewski said his love of comic books began in the 1970s with Spiderman.

“I could relate to him,” Wisniewski said. “He was a superhero and yet he was in college, he had girlfriend issues, he had pimples, he had to worry about his job.”

Both Wisniewski and Miller are from Baltimore, and both moved to Pennsylvania around the same time. They became partners in the project and early last spring decided to open a comic book shop.

The shop would help them raise money and collect comic books for children, but also connect the local comic book community.

When the pandemic hit, they realized comic books could become even more important as an escape from long quarantines and staying home all the time.

Through stories and imagination, readers can stay home but still visit new places and other worlds, the owners said.

“For them to be able to open up comic books and be able to go off into this fantasy world and be a part of this, I’m sure is a great thing,” Wisniewski said.

They also stressed the importance of taking some time away from the internet, especially right now when the news can seem stressful.

“It's better than opening up a tablet or a cellphone,” Miller said.

The owners are hoping to raise enough money through the shop, which sells rare collectible comic books as well as copies meant to be read, to create their own ComicBooks for Kids! chapter in Red Lion.

Customers picking up a comic book can also buy one for ComicBooks for Kids! or donate money.

Wisniewski and Miller say they’ve felt amazing support from the community in their first week of business.

To help foster a sense of community—for both kids who can’t go back to school, and adults who can’t return to work—Cutting Edge will also host game nights several times a week starting Sept. 19.