Police officers will complete “Walk and Talks,” walking the beat in various neighborhoods, every Tuesday and Thursday from 6 to 8 p.m. 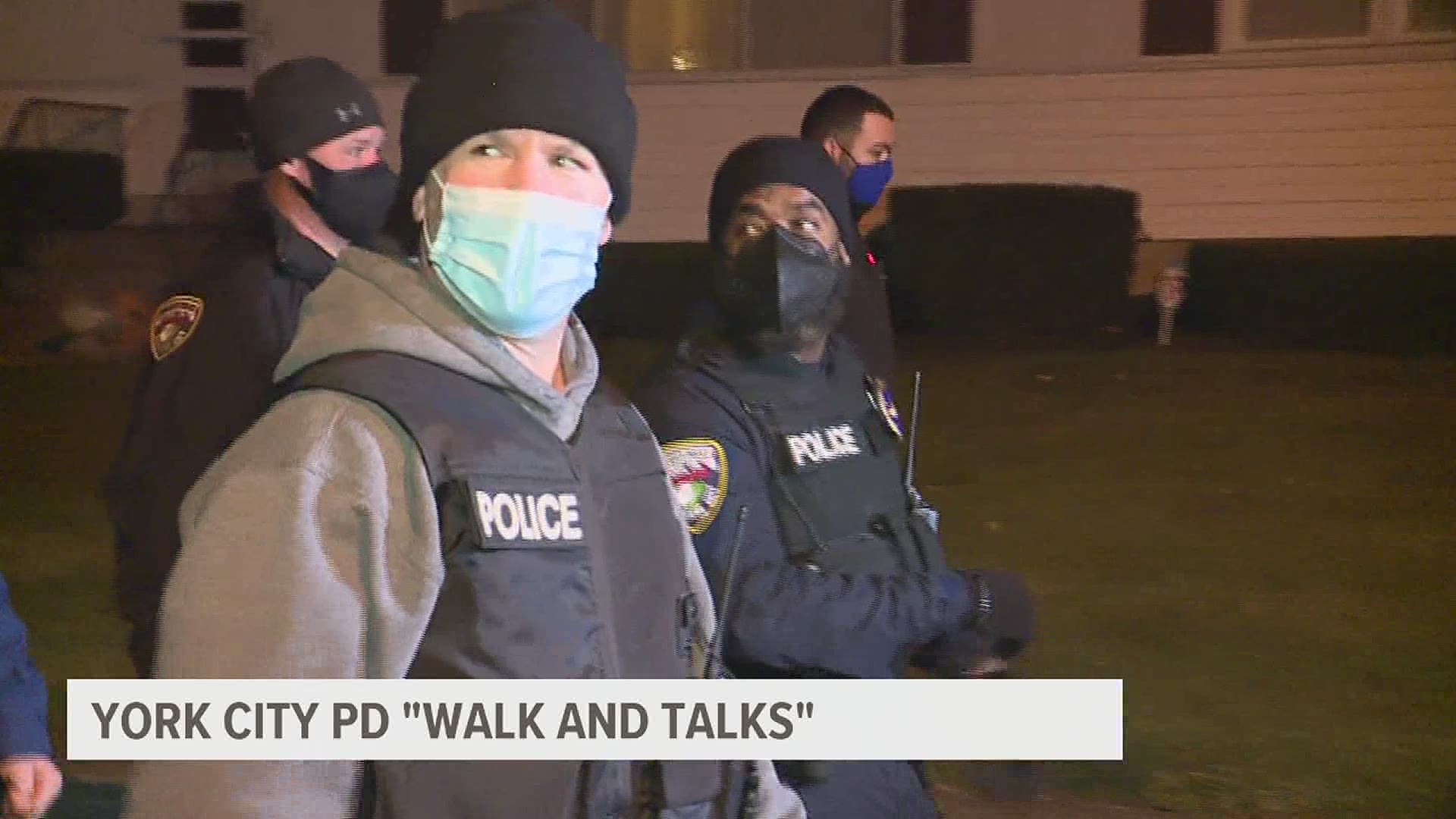 Police officers will complete “Walk and Talks,” walking the beat in various neighborhoods, every Tuesday and Thursday from 6 to 8 p.m.

When York City Police Commissioner Michael Muldrow was sworn in on Oct. 30, he made a commitment to change and progress in police interactions with the community. Muldrow said he has been making the walks since then.

“The first thing everybody asks right off the bat, ‘Did something happen’?” Muldrow said. “And my response is always the same: ‘Nope, nothing happened. I’m just out here walking.’”

The program is part of York City’s Group Violence Initiative (GVI), which aims to reduce gun violence through community and police relationships.

“You need people to let the police know who did it and what they saw. Without that there is no justice. It doesn't occur,” said York County District Attorney Dave Sunday. “And when people don't see justice happening they don't believe that it exists.”

The reaction from the community has been positive, Muldrow said, adding the new approach is also already bringing positive results within the police department.

“You definitely have to stay on it, but I'm seeing it,” he said. “It's translated in the attitudes of our officers, it's translated in how they serve on the calls, how people are seeing them.”

Walk and Talks will also include employees from other city departments, like the DA’s office and the school district.