Suez removed fluoride from the water supply August 31st, and some people are not happy about it 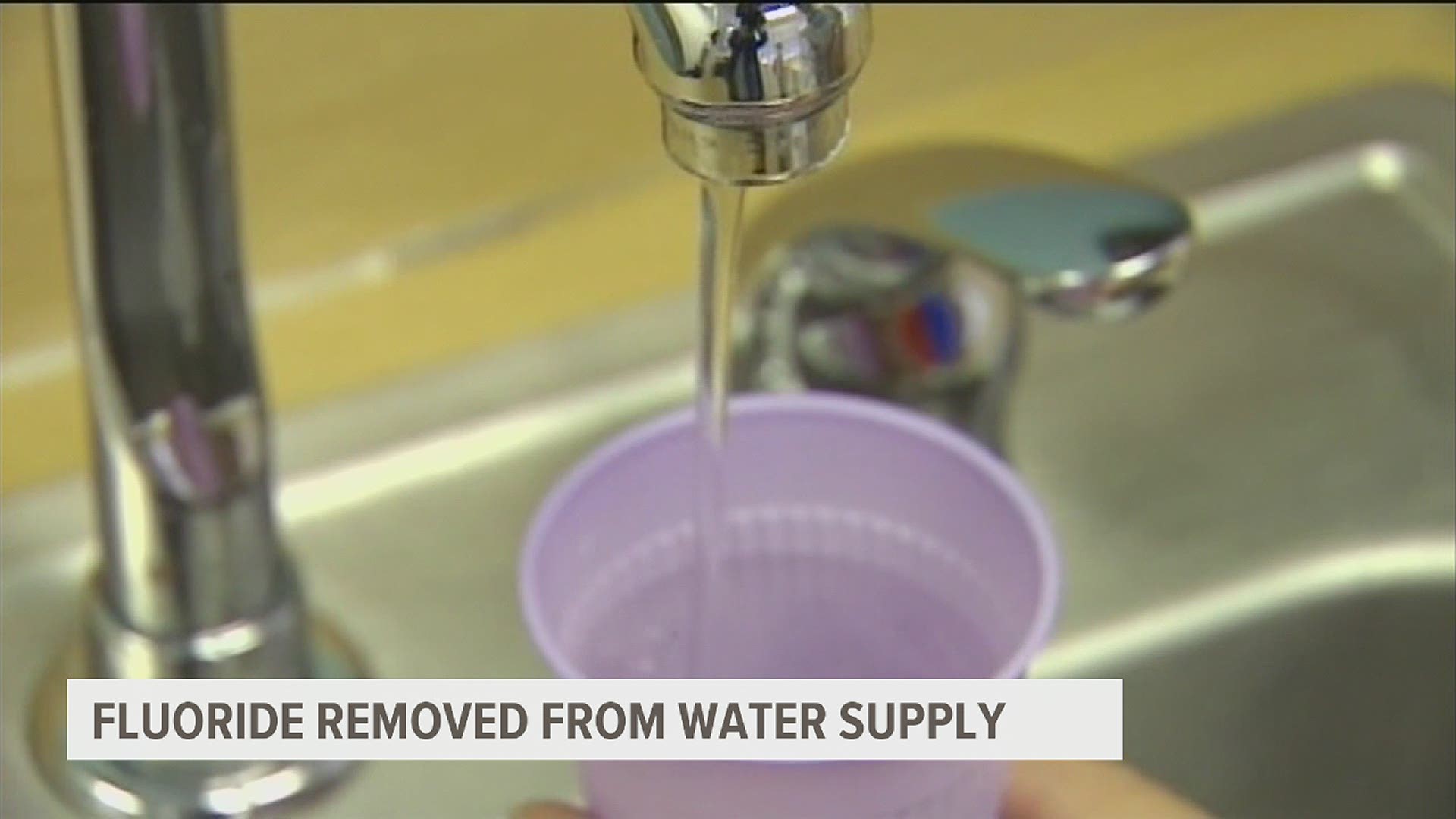 CUMBERLAND COUNTY, Pa. — Some people living in Cumberland County are not happy that fluoride was removed from their water supply.

To some, it's critical.

To others, it's toxic.

"It's a poison in the water," Christopher Hess, a resident, said.

"Fluoride is not used to treat the drinking water," Chelsea Hess-Moore, Public Relations Manager, Pennsylvania Operations, Suez, said.  "And our job is to provide safe drinking water to our customers."

On August 31st, Suez stopped putting fluoride in the water supplied to residents in Mechanicsburg and Upper Allen Township. It said the decision had nothing to do with cost, and that of all of the municipalities it services in Pennsylvania, these were the last two still containing it.

"We also wanted to give our customers the opportunity to be able supplement fluoride into their daily routines," Hess-Moore said. "If and how they wish to do so."

Members of the dental community cite numerous benefits of fluoride, like Dr. Jeff Alba. Not only is he an orthodontist, but also a resident of Upper Allen Township. He said the process was not transparent.

"It wasn't until later that I realized that in our paper statement, weeks prior, Suez had sent a small sliver of a paper that stated that they were going to be applying to remove the fluoride," Dr. Alba said. "But like many other people I pay my bill online and I had no idea it even happened."

Suez, though, said it was in communication with residents the entire time, including via social media and through a virtual town hall event to get peoples' feedback.

At this point, many people realize it's highly unlikely they'll get Suez to reverse its decision. They said the focus now is on greater education of public health.

This year the Pennsylvania Department of Health is celebrating the 75th anniversary of community water fluoridation, as more and more municipalities in Pennsylvania have decided to remove fluoride from their water supply.

"We're so focused on the importance of public health and prevention with what's going on in COVID-19, yet here we are, in this day and age, about to ignore the closest thing to a vaccine that we have for cavities in children and that's fluoride in our water," Dr. Alba said.

FOX43 reached out to both Mechanicsburg Borough and Upper Allen Township. The Township told us it had nothing to do with the removal of fluoride and had no input or influence on the decision. The Borough did not respond to our request for an interview.