Stimulus checks arriving, but how far can they stretch?

Congress included the $600 payments in a sweeping pandemic aid bill. But some have questioned if it's enough to help struggling Americans. 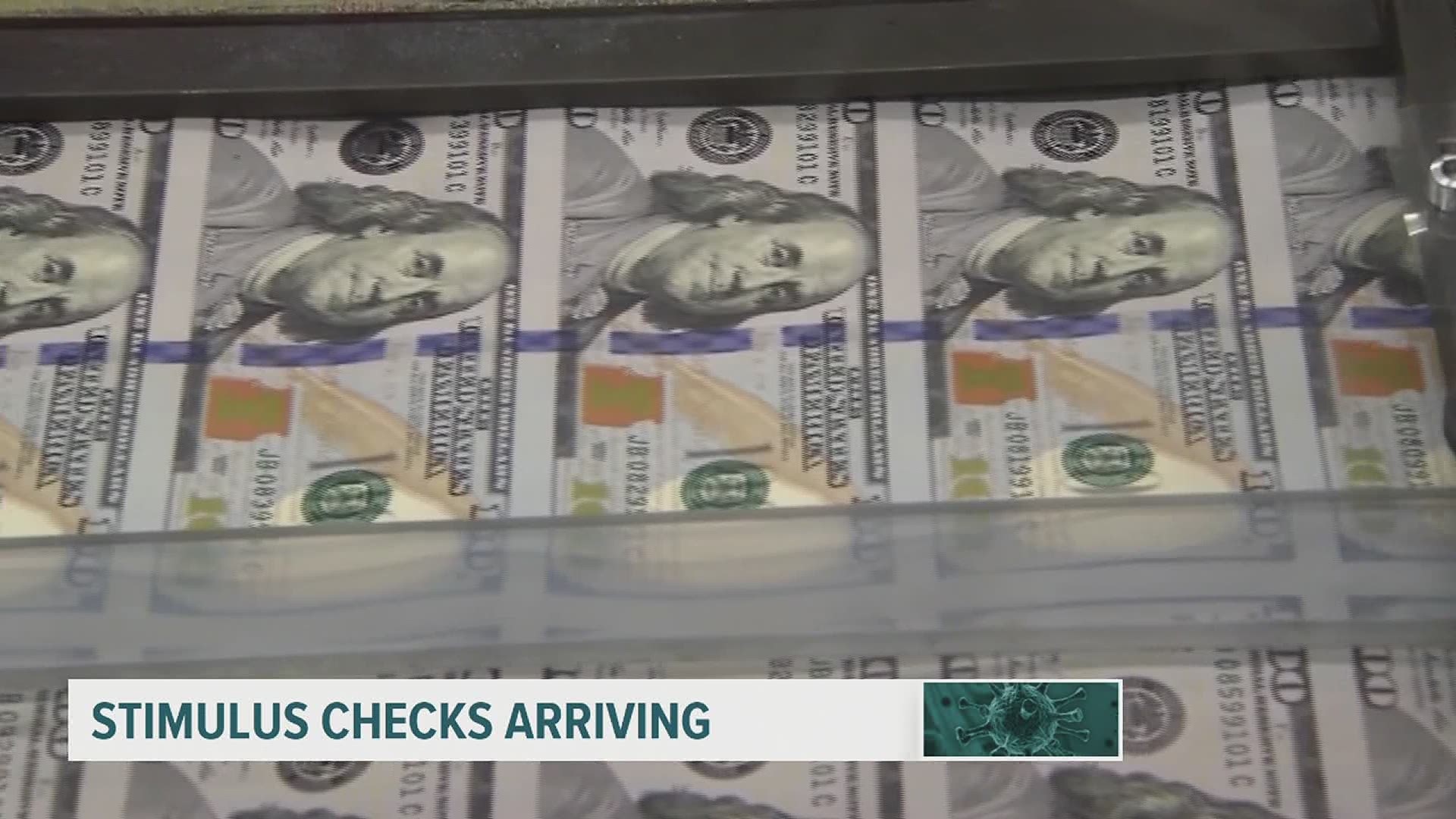 Some people have questioned whether the amount, however, will be enough to help struggling Americans.

Each American spends an average of $5,253 a month in 2019, according to the Bureau of Labor Statistics’ annual consumer expenditures report. That includes a monthly average of $680 for food, $1,723 for housing, $895 for transportation and $432 for healthcare.

A stimulus payment of $600 would therefore cover about 11 percent of an average month’s expenses.

Central Pennsylvanians who received their stimulus already had differing opinions on the amount of the check.

“I think people that are essentially working should get paid more because $600 doesn’t do anything,” said one Ephrata mom who works in the medical field.

“More would be nice. Six-hundred is better than nothing,” said Rick Beard of Lancaster.

“For me it’s enough. But for a family with kids, they probably need a little more,” said Roy Duke of Lancaster.

Pres. Donald Trump and House Democrats failed to approve a higher payment of $2,000 before the end of the year.

President-elect Joe Biden, however, has said he will support a third round of stimulus checks, in an amount yet to be determined.

In the meantime, Pennsylvanians considered how they would use their payments.

“I haven’t really thought about it,” Duke said.

“I’m probably just going to put it in a savings account for the time being and chip away at that,” Beard said.

“I feel really blessed this year so I’m going to give a lot of it back to charity,” said Juanita Morales of Reading.

The IRS will continue making payments through Jan. 15.

Recipients can track the status of their checks through the IRS’s online Track my Payment tool.