Second weekend of protests in Harrisburg

Sunday’s Unity Rally on the Capitol steps marks the second week of protests in Harrisburg. 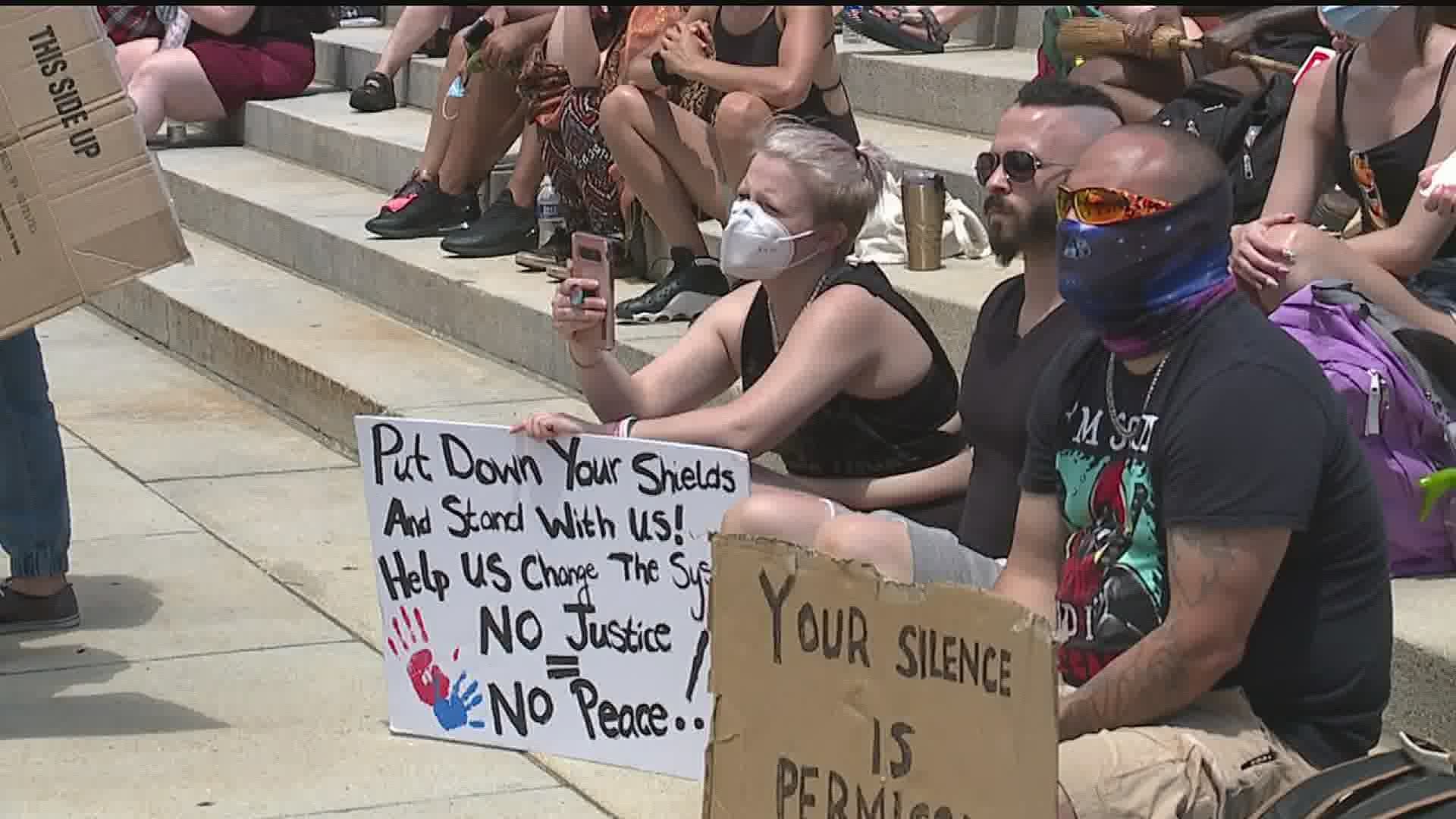 Sunday’s Unity Rally on the Capitol steps marks the second week of protests in Harrisburg. Protesters reported no sense of “protest fatigue,” but rather a continued resolve to end racial discrimination, particularly in the criminal justice system.

The Unity Rally wasn’t Jones’ first protest. The middle schooler said she doesn’t want to feel judged anymore for her skin color and hairstyle. She has seen racial profiling happen to her own family, she said, including an incident in which a police officer stopped to question her dad while he was fishing.

In order to highlight Jones’ experience—and many others’—hundreds marched from the Capitol complex to the Harrisburg Police Bureau, where they kneeled in silence to honor George Floyd.

Keith Bentz, HARRISBURG: “What I’m saying is you need to look to find ways to deescalate and not go for that gun or that taser the first time,” said Keith Bentz, a protester who held a sign that read, “Policing is not being attack. It’s being judged.”

Given several instances of violence erupting at rallies in Central Pennsylvania, some were hesitant to come out.

“I didn’t really want to come out. I mean, I wanted to but then again I didn’t want to because it kind of scares me,” said Gabrielle Jones, Nakia’s cousin. “I don’t want to be one of those people who ends up dead.”

Protesters said they would keep coming out until they start to see signs of real change.