Pork and sauerkraut dinners go takeout only this year

The Central Pennsylvania New Year’s tradition of pork and sauerkraut dinners will become one of the first seasonal rituals upended by the pandemic in 2021. 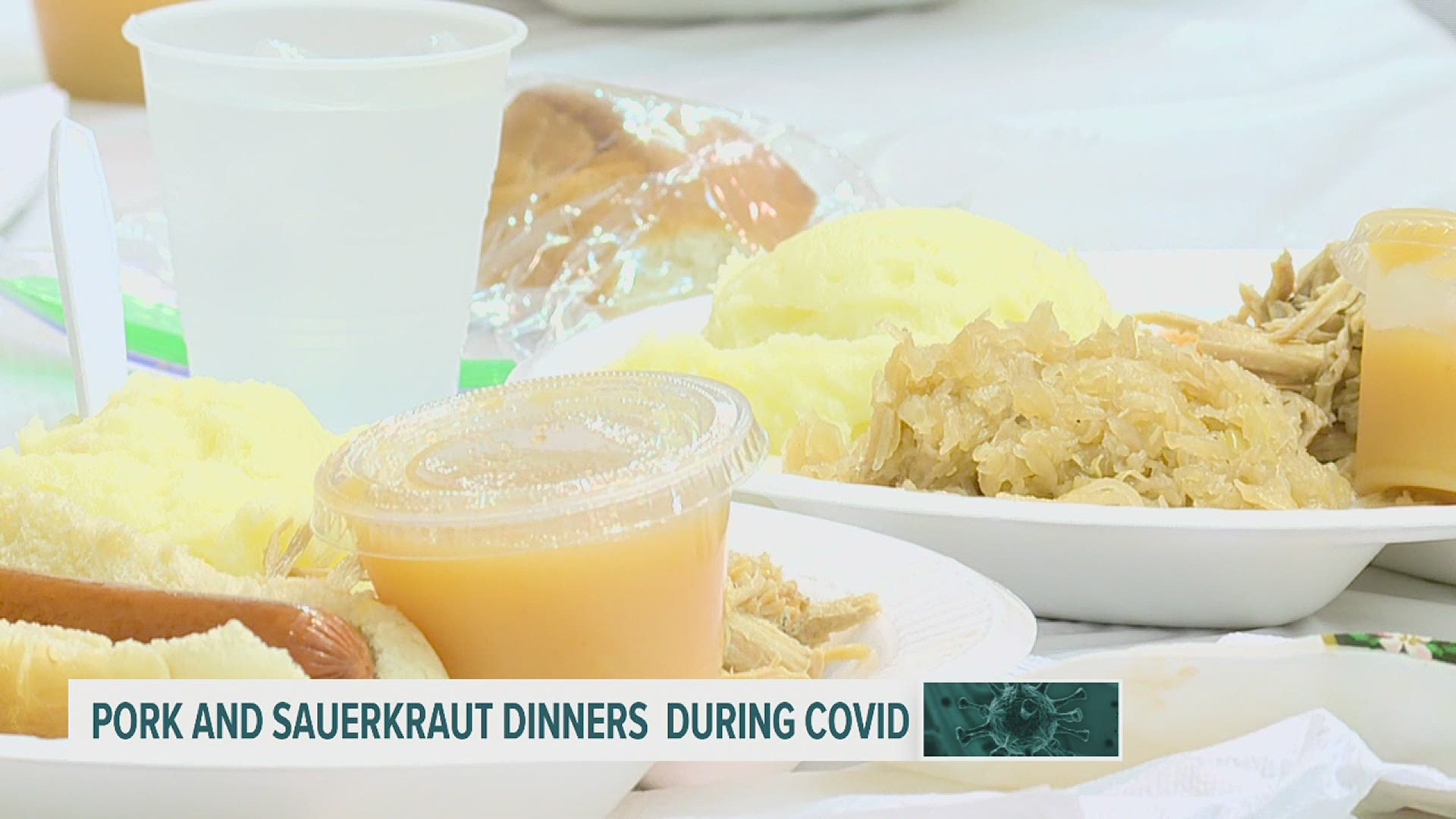 PEACH BOTTOM, Pa. — The Central Pennsylvania New Year’s tradition of pork and sauerkraut dinners will become one of the first seasonal rituals upended by the pandemic in 2021.

According to Pennsylvania Dutch tradition, pork and sauerkraut is believed to bring good luck for the new year.

Pork is eaten because pigs root forward, the direction of progress. Chicken is specifically not eaten, as chickens scratch backward.

Sauerkraut is eaten because its greenish color symbolizes wealth.

At Robert Fulton Fire Company’s dinner, the homemade sauerkraut was still a labor of love, according to Deputy Chief Dan Appel.

“You take a little bit of cabbage. You put it in a bucket with some salt. You just stomp it until it gets really moist. It sits for a few months to ferment and then we pull it out and cook it up,” Appel said. “It’s a lot of work.”

The annual pork and sauerkraut dinner is the fire company’s main fundraiser, Appel said. The company is hoping to raise $10,000 this year.

“This year It’s been really tough,” he said. “We’ve lost a lot of money due to fundraisers being cancelled this year so it’s really important for us to have it any way we could.”

Because of the pandemic, however, he’s expecting a lower turnout than last year, when the company served 1,500 people.

“People love coming here the sauerkraut,” he said. “They say it’s the best in the world.”

Though members of the fire company will miss serving a full hall of people from all over the region, Appel said he hoped to send goodwill home in each takeout meal packed with hearty food.

Hopefully, he added, the pork and sauerkraut will indeed bring better luck next year.