The latest example of a traffic stop turning deadly has hit a national nerve, especially since it happened just 10 miles from the site of the trial of Derek Chauvin. 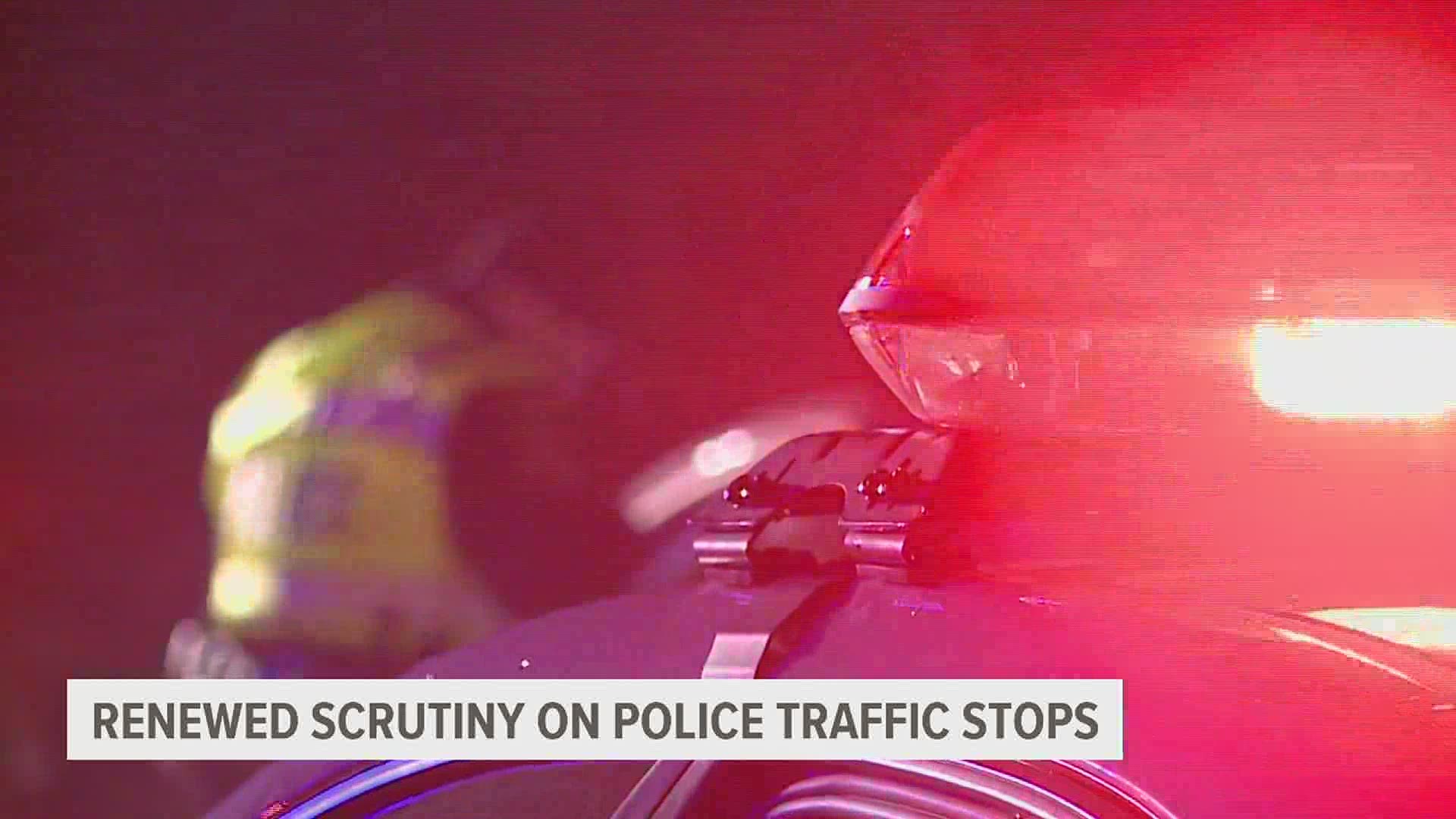 CARLISLE, Pa. — The death of Daunte Wright at the hands of police in Brooklyn Center, Minn. is again drawing renewed scrutiny on police use of force well beyond Minnesota.

The latest example of a traffic stop turning deadly has hit a national nerve, especially since it happened just 10 miles from the site of the ongoing trial of Derek Chauvin, the former Minneapolis police officer who knelt on George Floyd’s neck.

Routine traffic stops have led to violence in recent years both across the country and in Central Pennsylvania.

“A seemingly benign contact can turn dangerous very quickly,” said Sgt. Dave Miller, a supervisor and trainer with the Carlisle Police Department Office of Professional Standards. “So officers, we try to train to them the decision making, the observational skills that are needed, the situational awareness.”

Carlisle Police do taser training annually, Miller said. Officers also keep their service weapon and taser on opposite sides of their body to avoid ever mistakenly using one instead of the other.

Training at other police departments was called into question after Brooklyn Center Police Chief Tim Gannon said an officer accidentally shot 20-year-old Wright with a firearm instead of a taser.

Wright was pulled over for an expired registration, Gannon said.

Bodycam footage of the incident shows the officer shouting “I’ll tase you!” before shooting Wright.

“I’m so sick of seeing tragedy every time I go down my timeline, any time I look at the news,” said Kevin Maxson, a community leader who organized several Black Lives Matter protests in Harrisburg last summer and recently founded Speak 4 Silent, a nonprofit to address the problem of violent crime in city neighborhoods.

Maxson said he has seen limited progress in Harrisburg since the BLM protests last summer.

Other activists pointed to Wright’s death as an indicator that the movement has not reached all its goals.

“Life has not changed much for these police departments because these things have not been deterred,” said Don Holmes, canvass manager for community organizing group Pennsylvania Stands Up.