The countdown is on to complete the 2020 Census, but many Pennsylvanians still haven’t been counted. Nearly 4 in 10 households have not responded. 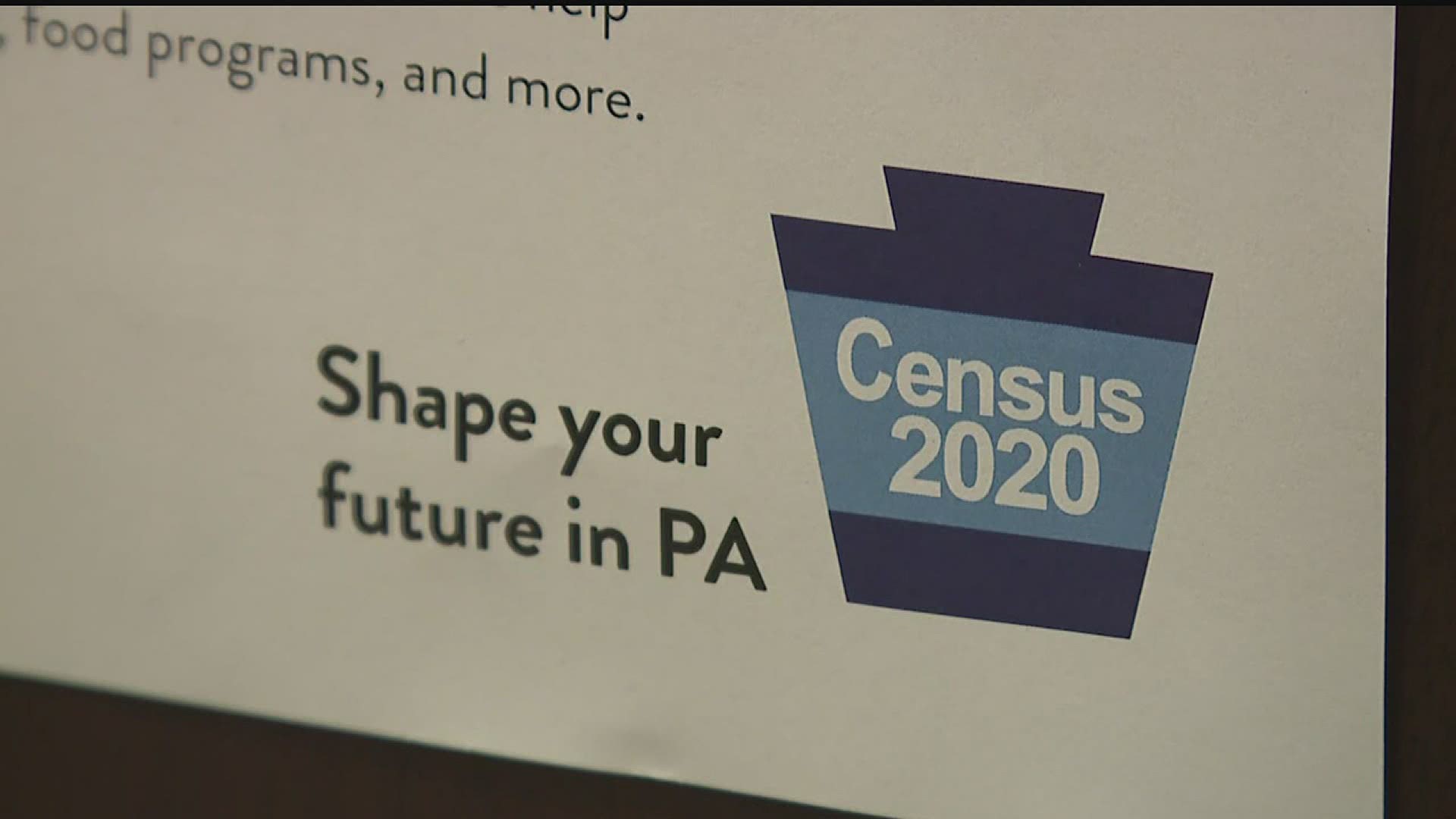 The countdown is on to complete the 2020 Census, but many Pennsylvanians still haven’t been counted. Only 65.9 percent of Pennsylvania households have filled out the Census.

Though higher than the national average of 62.8 percent, county officials are working to raise that number despite challenges presented by the pandemic.

“We’ll never get 100 percent. So you shoot for a high percentage, knowing that you have to be realistic at the same time,” said Lebanon County Commissioner Jo Ellen Litz.

Central Pennsylvania counties's self response rates are all near or above the state average.

Census data are used to decide how $675 billion in federal public funding is spent every year, according to the Census Bureau. Pennsylvania received $26.8 billion each year in funds at least partly decided by the 2010 Census' population assessment.

Each Pennsylvanian not counted costs the state about $2,000 a year in federal funding. State and county governments depend on those funds for many programs.

"[People] are still going to be using the roads, but you’re not going to be getting your fair share of the road money," said Leon Reed, chair of the Adams County Complete Count Committee, a team of community organizations working to raise awareness for the 2020 Census.

Pennsylvania residents could start filling out the Census on March 12. Now Census workers are working to find and count those who haven't yet responded.

Workers began knocking on doors of households that didn't respond in July, on a delayed schedule because the pandemic paused operations in March.

According to the Census Bureau, any census offices that have not started follow-up work, will start on August 11. All work will be completed no later than October 31.

"People just are not going door to door right now to be safe," Litz said.

The pandemic also forced the cancellation of many events where Census workers would normally share information and help people fill out Census forms.

For the first time in its 230-year history, the Census can be filled out online. People may feel more comfortable and safe completing the form online, officials said.

So Census workers are turning to the internet to reach more people, with ads on local media websites and on social media.

The strategy appears to be working; so far 51.4 percent of self responders in Pennsylvania completed the Census online, slightly higher than the national rate of 50.2 percent.