The couple thinks this act was in response to signs posted in front of their house promoting equality and peace. 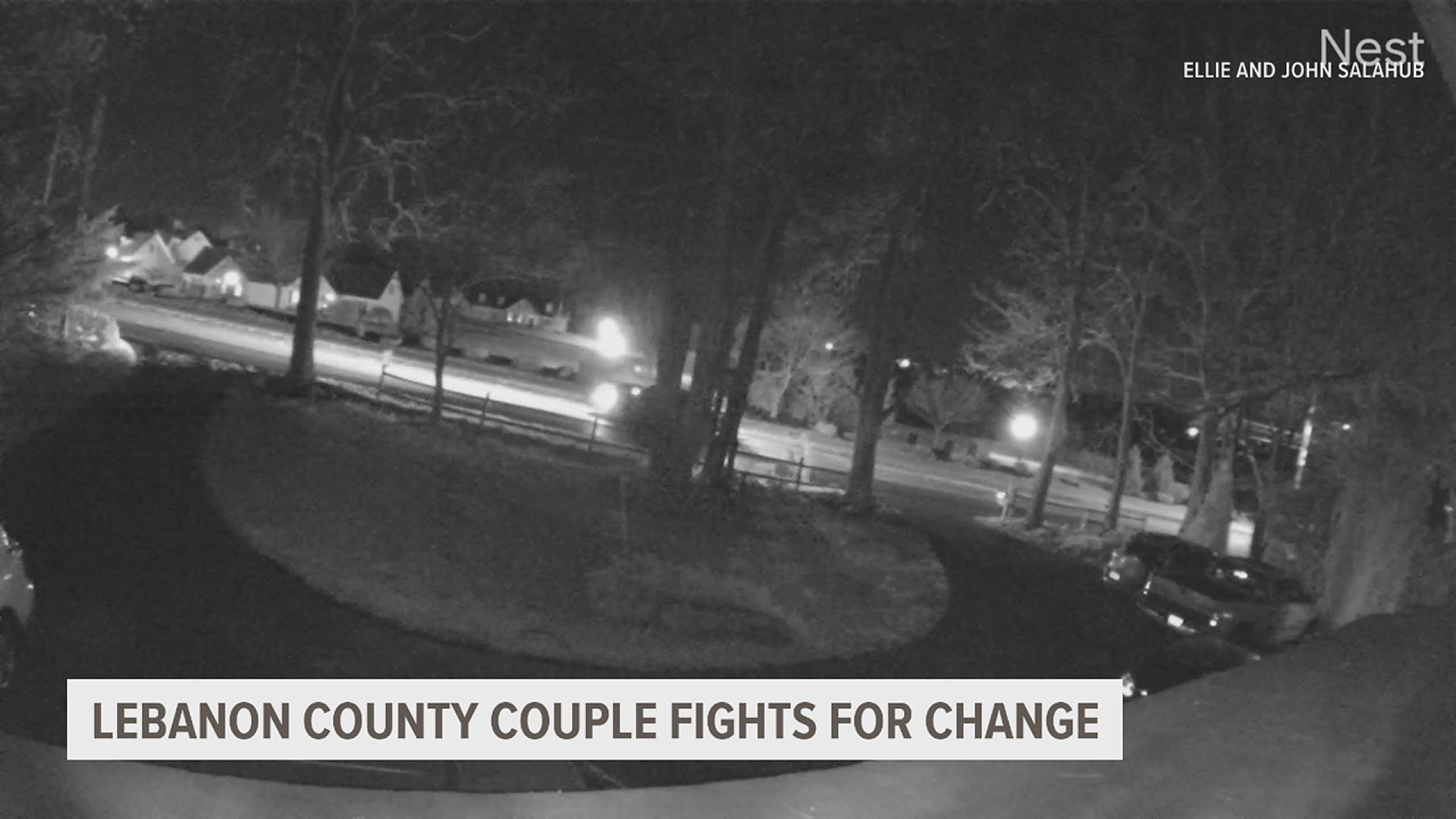 LEBANON COUNTY, Pa. — Ellie and John Salahub were in their home when they heard their neighbor yelling for them to come out of their house to see what happened at the end of their driveway.

The couple thinks this act was in response to signs posted in front of their house promoting equality and peace.

Ellie Salahub says she and her husband have experienced backlash to their signs since this past spring.

"People driving past, blaring their horns, yelling profanities, making lewd gestures at us and just continued through the summer on a daily basis," said Salahub.

Ellie says the point of the signs is to bring people to a greater understanding of those who have been discriminated against.

“For people to speak out to encourage others to come forward who have also been victimized and just start conversations and dialogues starting with individuals and from our elected officials.”

The couple decided to take the matter to their city and county officials since they have been receiving disturbing acts for a long time.

The Lebanon County Commissioners and Northwall Township have passed resolutions in response to the matter rejecting all forms of hate, racism, bigotry, and criminal violence.

John Salahub says they will keep their signs up to promote change because it is important to speak out.

"If someone doesn't say anything then you're complicit," said Salahub.