Lancaster boy shares his trials & tribulations while growing up Black in Central Pa.

Jarrell Greaves, 17, of Lancaster says growing up as a young man of color was not easy and shared his experiences with FOX43. 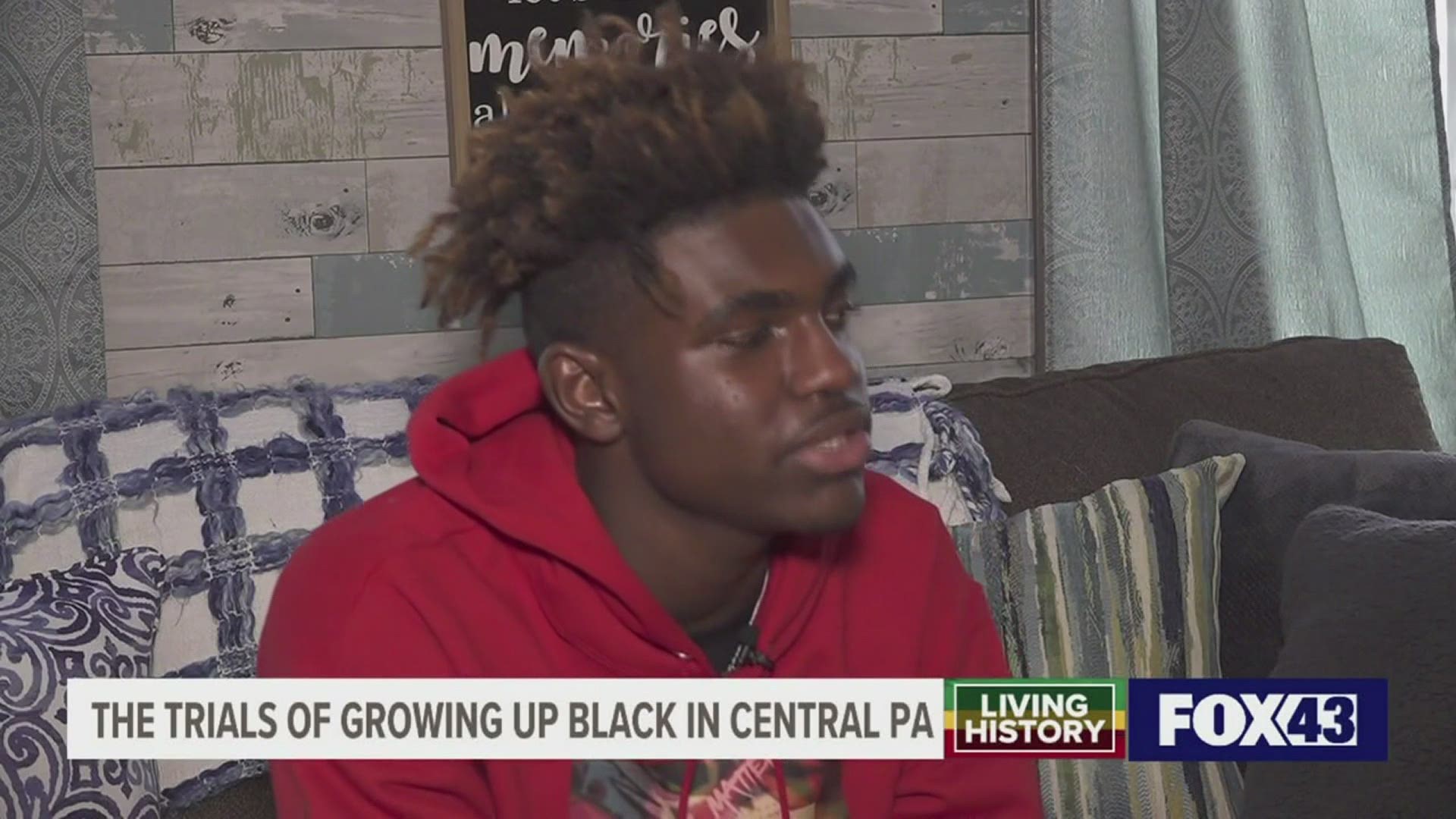 LANCASTER, Pa. — Jarrell Greaves, who is 17 from Lancaster dreams of playing football after high school.

Greaves enjoys playing sports with his friends and spending time with family, but feels as though he can not enjoy too much of this in an open space due to the color of his skin.

"It's just the feeling of being stopped-being stopped, racial profiled, cussing at you," Greaves said.

Greaves says he's faced these concerns since he was in middle school as he constantly felt he was a target because of his race.

When Greaves was not in school, he says he would also be in fear for things he would see in his neighborhood that he will never forget.

"One time I was walking home from school and I was scared because I saw somebody with a confederate flag in the back of their truck," Greaves said.

The experiences Greaves shares create a sense of fear in his mother to allow him to do basic necessities in life.

"The thought- as your having children and your having children driving, things of that nature, being pulled over and wondering if your son is going to make it back home because of the color of his skin- that's very scary as a mother," Jerona Rokins, minister at Ebenezer Baptist Church said.

York City police commissioner Michael Muldrow explains the fears Rokins and many people of color share will have to be dealt with by the community and law enforcement.

It's gonna start with conversations," said Commissioner Muldrow "It's also going to require us to do our part, and when I say us I mean police. We have to intentionally work on changing the narrative and being okay with that, being okay with the fact that things needed to change."