John Wright Restaurant in Wrightsville was selling takeout food while their dine-in service was closed. The restaurant allowed customers to eat on their lawn. 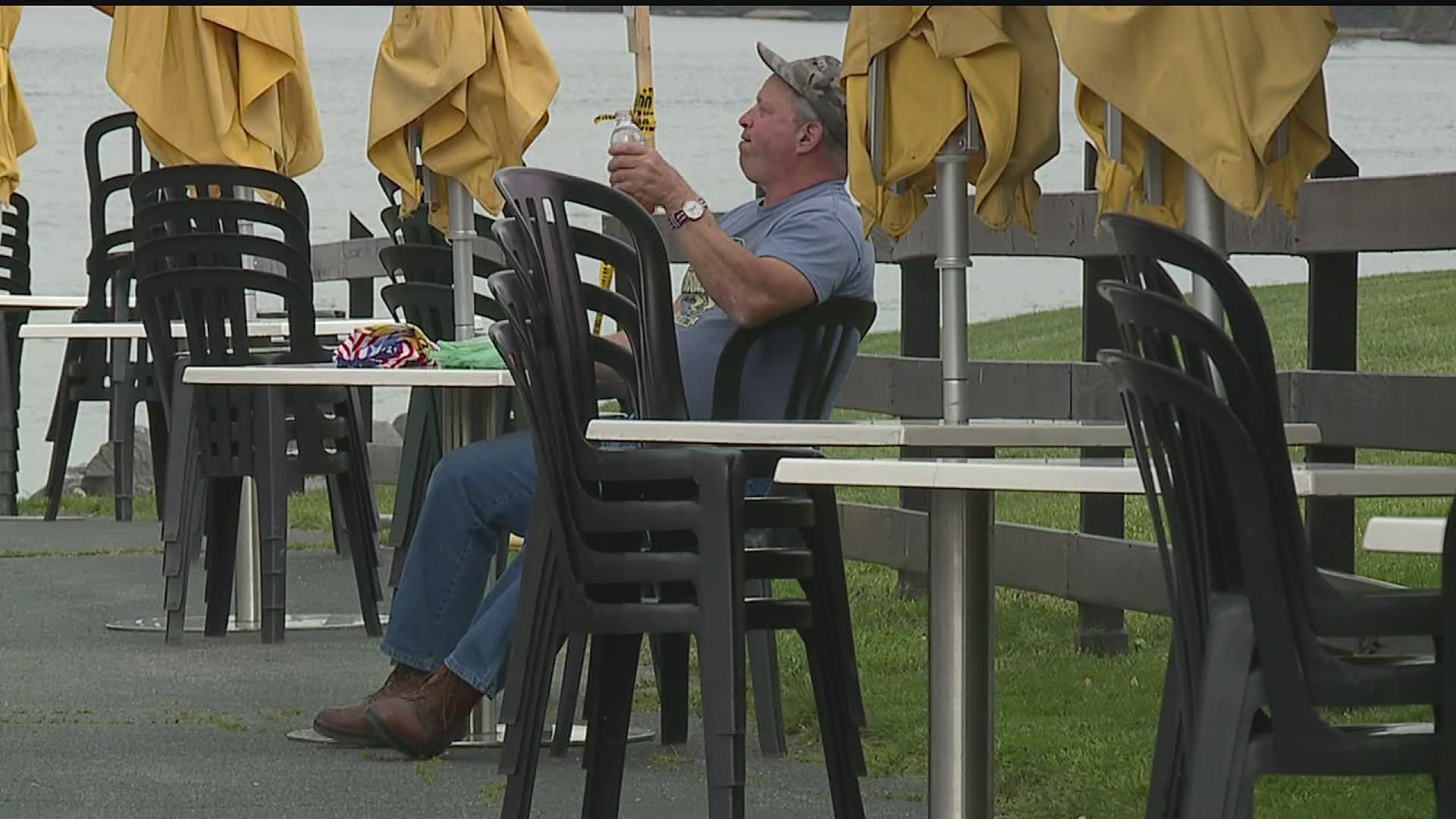 In a constantly evolving situation for business owners, one York County restaurant is adapting to follow the rules.

John Wright Restaurant in Wrightsville was selling takeout food while their dine-in service was closed due to COVID-19. The restaurant allowed customers to eat on their large riverside lawn.

He also detailed penalties for restaurants that violate the shutdown order, including the risk of losing their liquor licenses.

“When the liquor license is threatened, restaurants and bars need to take it seriously,” said Jim Switzenberg, John Wright Restaurant’s director of operations and executive chef.

A March 18 advisory notice from the Pennsylvania Liquor Control Board said, “Restaurant, retail dispenser and hotel licensees may not allow the service or consumption of food or alcohol on the licensed premises. Sales to go are still permitted, as are hotel sales of food and alcohol for consumption in a private room.”

Switzenberg believed he was following the state’s rules, as he limited customers to picnicking on his lawn, which is beyond the restaurant’s “licensed premises.”

However, following Gov. Wolf’s Monday update, Switzenberg was afraid the state would see his lawn as part of the restaurant. He roped off the lawn and sent customers to eat their takeout food across the street in a borough park.

Some in the Wrightsville business community had a hard time understanding why customers could eat in one grassy area, but not another one just yards away.

“How is it different across the street, which would be fine, than it is in this line?” asked Mike Butler, an accounting professional based in Wrightsville. “Do I think it's fair? No, I do not find that fair.”

Wrightsville Borough officials also didn’t find the lawn closing fair. They reached out to John Wright Restaurant to set up a workaround to give customers an outdoor experience. On Thursday the restaurant was able to set up several tables, 12 feet apart, on the road next to its building.

“With tables here, they`re not on, in this case John Wright Restaurant property,” said Eric J. White, Wrightsville Borough Council president. “They`re on borough property. And on borough property you can sit and drink a beer while you have your burger and fries.”

The borough had previously passed a resolution at its last council meeting to suspend the open container ordinance, which would have prevented people from drinking on public property.

Businesses shouldn’t have to find technicalities to operate, White said.

Gov. Wolf stood firm in his position on enforcement Thursday, telling reporters the rules are necessary to keep the public safe.

“How can the state be relied upon to do that when we`re going to turn a blind eye to that kind of thing?” Gov. Wolf said.

“We can get food that's good and hot, that's not cold by the time we get home, and it`s fresh,” said Mount Joy resident Joyce Young. “We`re supporting a local business and it makes you feel good.”

Switzenberg said he, like other Wrightsville restaurants allowed to let customers eat outside, is just trying to survive.

“I thought I was following all the rules until they changed,” Switzenberg said. “I changed with the rules. Will some people think I`m trying to get people sick? I`m not.”

Nearby Burning Bridge Tavern is set to reopen Friday, also set up with tables outside the building.