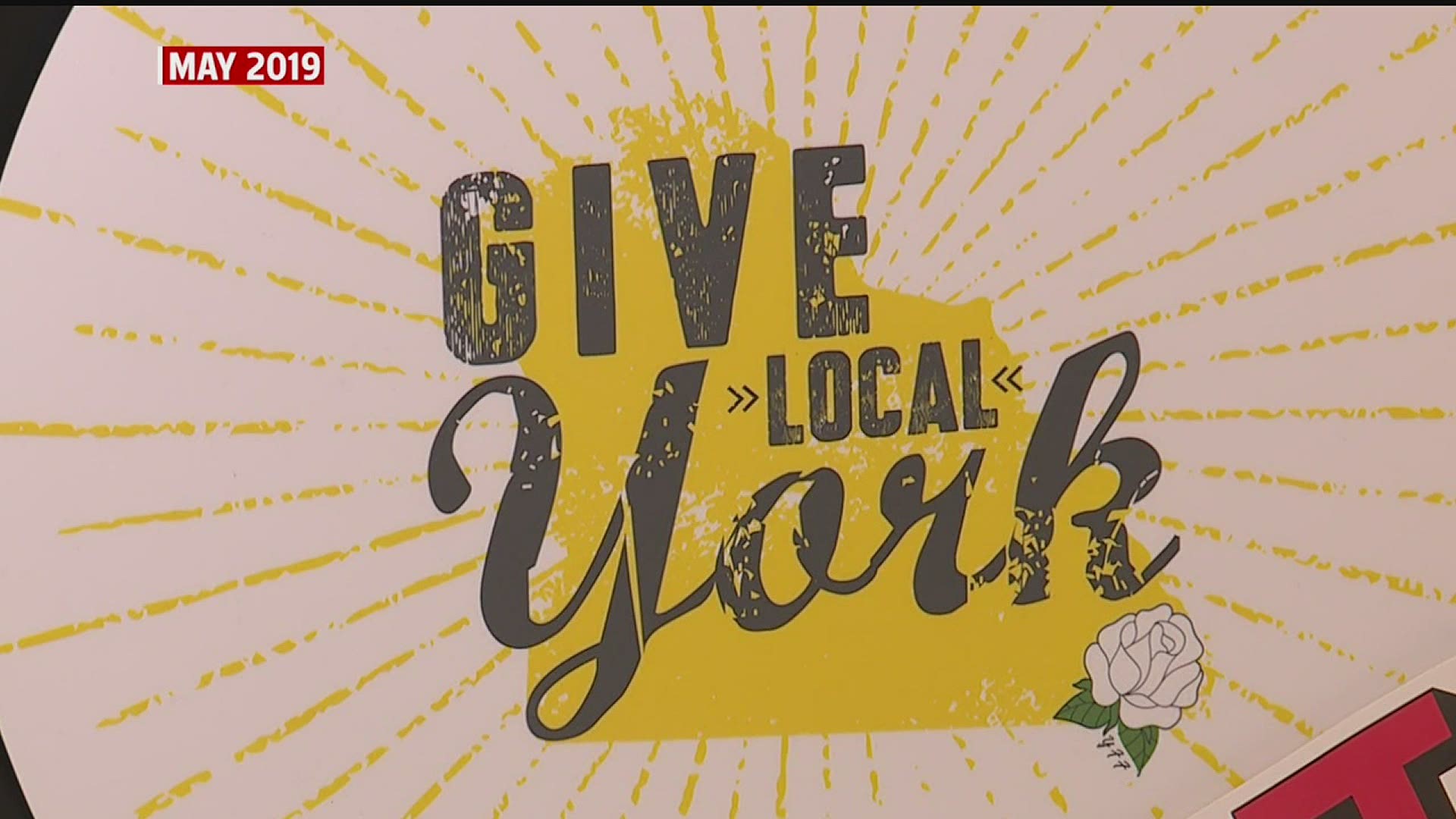 YORK COUNTY, Pa. — Give Local York, the biggest 24-hour fundraiser for non-profit organizations in York County, is Friday and the entire event will be held online.

Last year it raised $3.2 million but event organizers have a different goal this year.

The sign outside of the Appell Center for the Performing Arts is asking for your help - literally.

"It is a devastating time for us financially," Mindi Haines, Director of Development, said. "Beyond 8 weeks it's going to be a very different story."

60% of the Appell Center's revenue comes from ticket sales, and with no performances the last two months, workers had to be laid off. But thanks to a PPE grant, staff has been brought back and is secure - but only for 8 weeks.

"I mean, we're researching how we're going to be able to move forward with our industry," Haines said. "We think it's going to be a very different business in the future."

Which is why now might be the best time, more than ever, to participate in Give Local York. The Appell Center is just one of the more than 300 non-profit organizations that will benefit from the money raised.

"We realized that the need is even greater right now," Meagan Given, organizer of GLY, said. "Not only because we are seeing a lot of non-profits who have lost funding and who have had to cancel their own events and activities, but also the organizations that do have that direct line of service to our neighbors - a lot of them are seeing an increase in the need for their services."

Which is why the event is still happening, only this year it will all be live streamed on its website: the giving, the entertainment, and the finale party.

And while GLY is known for hitting million dollar goals, this year's focus has shifted to the number of donors. It's hoping to reach 10,000.

"Because ultimately that is our goal," Given said. "We want more people engaged in this process of philanthropy and being generous."

So places like the Appell Center can keep their doors open.

"The performing arts are good for your soul," Haines said. "I mean they're something that you just need."

The minimum donation amount has been lowered from $10 to $5 as another way to making giving a little easier. Donors can also choose to support several COVID-19 specific relief funds that are participating this year.