There's now a fear that the ongoing Coronavirus pandemic could make the situation even worse. 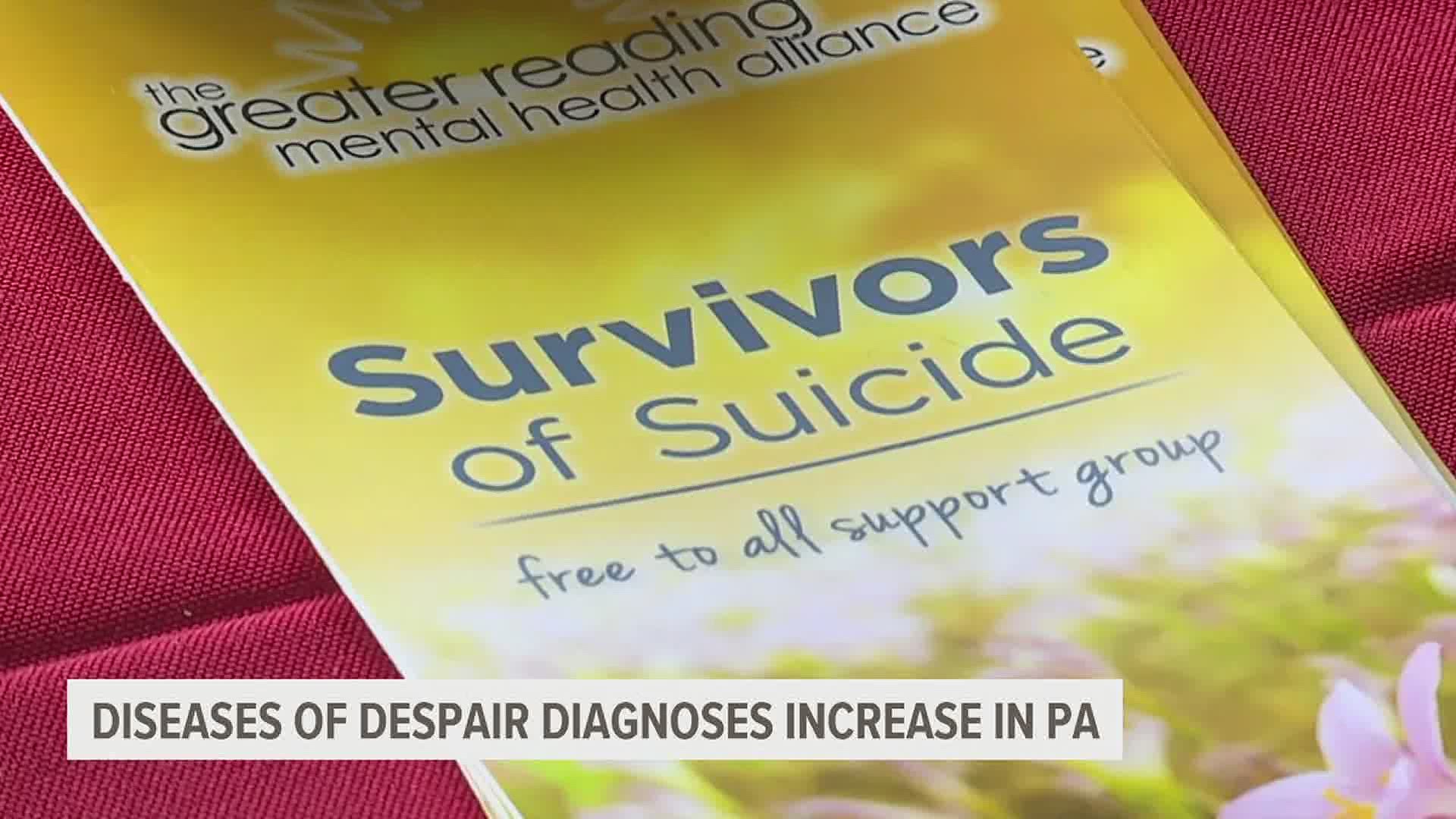 HERSHEY, Pa. — Data shows that for the first time in 100 years the life expectancy of many Americans has declined. Researchers are blaming it on, "deaths of despair" or "diseases of despair." There's now a fear that the ongoing Coronavirus pandemic could make the situation even worse.

In 2015, economists from Princeton found the life expectancy of middle-aged white men and women had declined over the previous 16 years. They found that the reason was a series of related diseases, involving alcohol-related disorders, substance-related disorders and suicidal thoughts and behaviors - also known as "diseases of despair."

"There were a few things that made that striking," Dr. Larry Sinoway, Director of Penn State Clinical and Translational Science Institute, said. "They didn't see similar trends in other countries. Their concept was, that there is economic decline in large, non-urban areas that may be contributing."

Data shows that for the 1st time in a hundred years the life expectancy of many Americans has declined. Researchers blaming it on "diseases of despair" which involve alcohol-related disorders, substance-related disorders, and suicidal thoughts & behaviors. More at 4:30 on @FOX43

Researchers with Penn State Clinical and Translational Science Institute did a little research of their own with the help of Highmark Health Enterprise Analytics and found that between 2007 and 2018, there was a large increase of Pennsylvania health insurance claims.

"And it turns out that it was much more broadly based than we had anticipated," Dr. Sinoway said. "So it isn't just the rural small towns. It's exploded."

The numbers aren't out for 2020 yet, but one thing Penn State Health researchers want to look at is the effects this pandemic has had on people.

"I think our results will reflect that people who are locked down and people who have lost their job will develop more despair, and that despair will lead to more of these diseases," Dr. Sinoway said.

So why is this data important?

"Only then can you try to develop programs and processes that we can try to intervene with," Dr. Sinoway said. "Really what we're studying is the impact of hope tomorrow, to lessen this burden."