A community rally drew more than 100 people to protest Central York School District’s decision to table a proposed curriculum that would address racism. 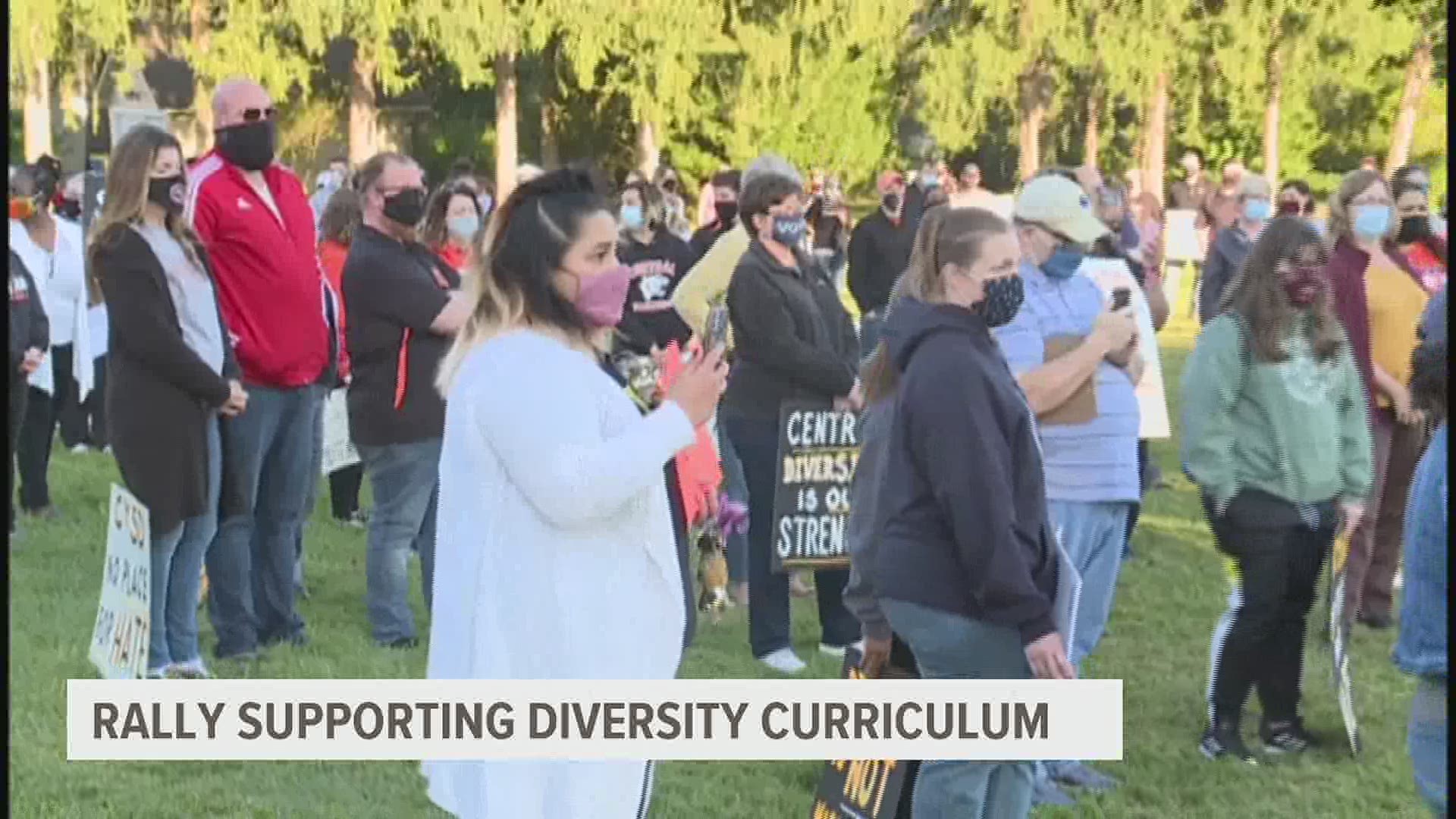 The curriculum, originally slated to start this school year, would teach social studies with some new benchmark topics, such as “the harmful impact of bias and injustice on the world, both historically and today.”

At a school board meeting on Aug. 10, two board members—Vicki Guth and Veronica Gemma—criticized the pilot curriculum as focusing too greatly on racism and white privilege.

"The references that were made in this committee about teaching tolerance talked about white privilege and white saviorism," Guth said at the Aug. 10 meeting. "So you can’t win. If you’re normal, you’re a white privilege. If you’re trying to change things, you’re doing it out of the savior mentality.”

The school board ended up tabling the measure in August and again last week.

“How sad is it to abandon this progress for the sake of one or two board members who fail to accept that Americans—Panthers included—speak multiple languages, have a variety of skin tones, and can sympathize with and learn about multiple perspectives,” said Ben Hodge, a theater teacher at Central York High School and organizer of the protest.

Protesters said given the nation’s recent reckoning with race and inequality, the time was now to address these issues in school, especially in a district where 29 percent of the student body comes from diverse backgrounds.

“We're confused actually as to why this has been tabled at this time when it's that important,” said Delma Rivera-Lytle, diversity education specialist for Central York School District. “This is why you see all these people out here in support because we need to have these conversations.”

Those supporting the diversity curriculum also made their voices heard at the school board meeting during public comment.

“If members of the board were school district employees they'd be censored for their comments and would need to undergo diversity training. Think about scheduling diversity training for yourselves. You might learn something,” CYSD parent Anne Fonda wrote via email.

Despite the protest the board did not vote to reconsider the pilot curriculum, which remains tabled.