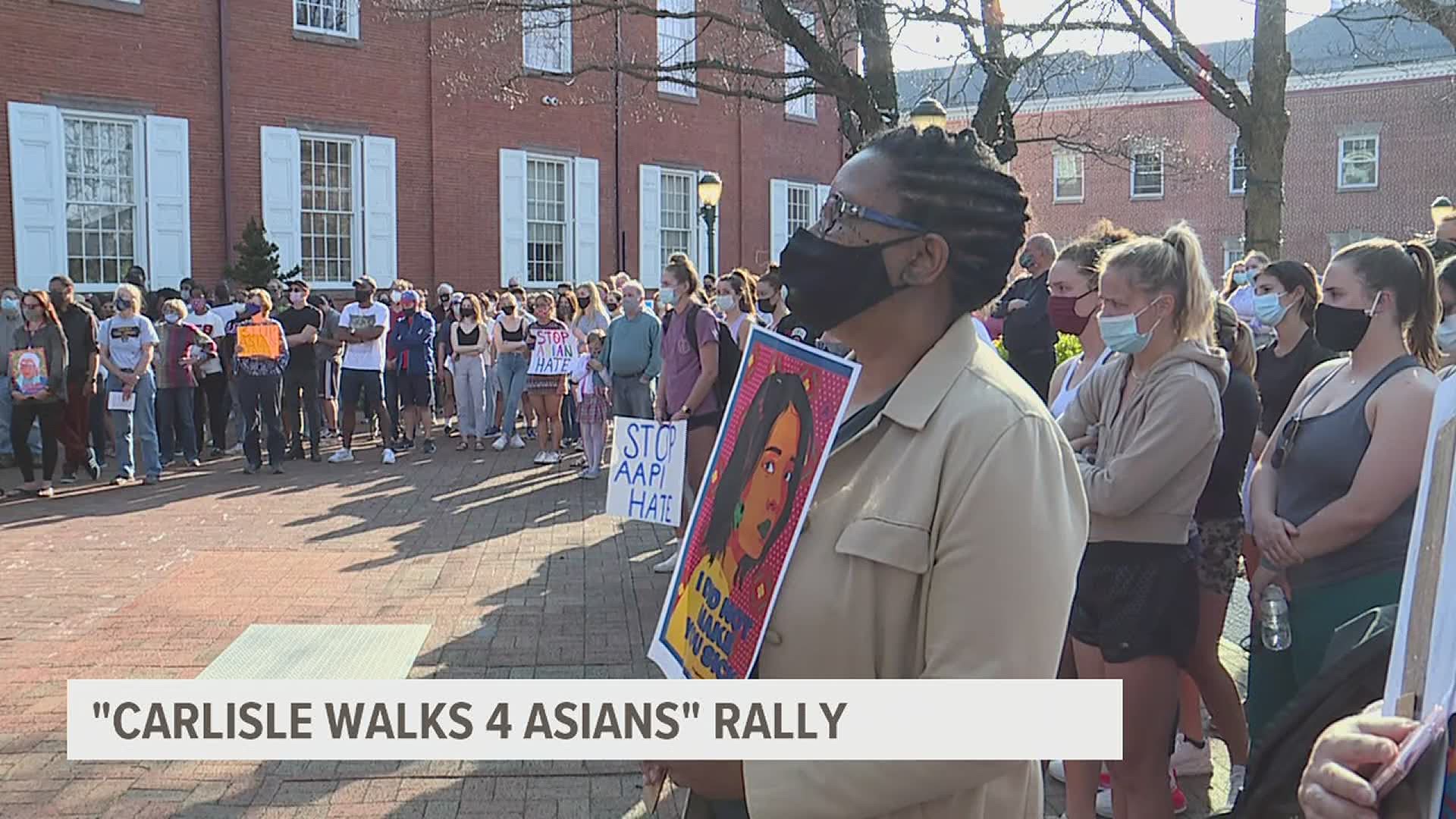 CARLISLE, Pa. — Hundreds walked in Carlisle April 6 to stand with those of Asian descent, following recent incidents of anti-Asian violence.

“To give community members a voice to speak their anguish, but also to speak their perseverance and resilience,” said Jan Arminio, co-chair of the Greater Carlisle Community Responders Network (CRN), a grassroots anti-hate group.

The event was organized by CRN and the Carlisle Community Action Network.

Recent attacks on Asians and Asian Americans has brought increased focus on anti-Asian bias and violence.

However, discrimination against Asians has a long history in America.

“The Chinese Exclusion Act and the internment of Japanese Americans are only a few of the anti-Asian policies that have vilified those of Asian descent long before the pandemic,” said Sheela Jane Menon, assistant English professor at Dickinson College.

Anti-Asian rhetoric rose amid the pandemic due to the coronavirus’ origins in China.

One Penn State Dickinson Law school student at the rally, Yangmo “Harvey” Ahn, said though he is Korean, not Chinese, he has experienced more suspicion since the pandemic began.

“When you go to the market, they’re looking at you like different people, not like them. It’s subtle, but it exists. They show in their eyes you’re not American,” said Ahn, who is also the president of the Penn State Dickinson Law Asian Pacific American Law Student Association (APALSA).

Some of those at the march also attended the Black Lives Matter protests held in Carlisle last summer.

RELATED: Anti-hate legislation reintroduced in PA; here's what it would do