The inaugural African American First Friday, an event to support Black-owned businesses, was held in York’s Penn Park on July 3. 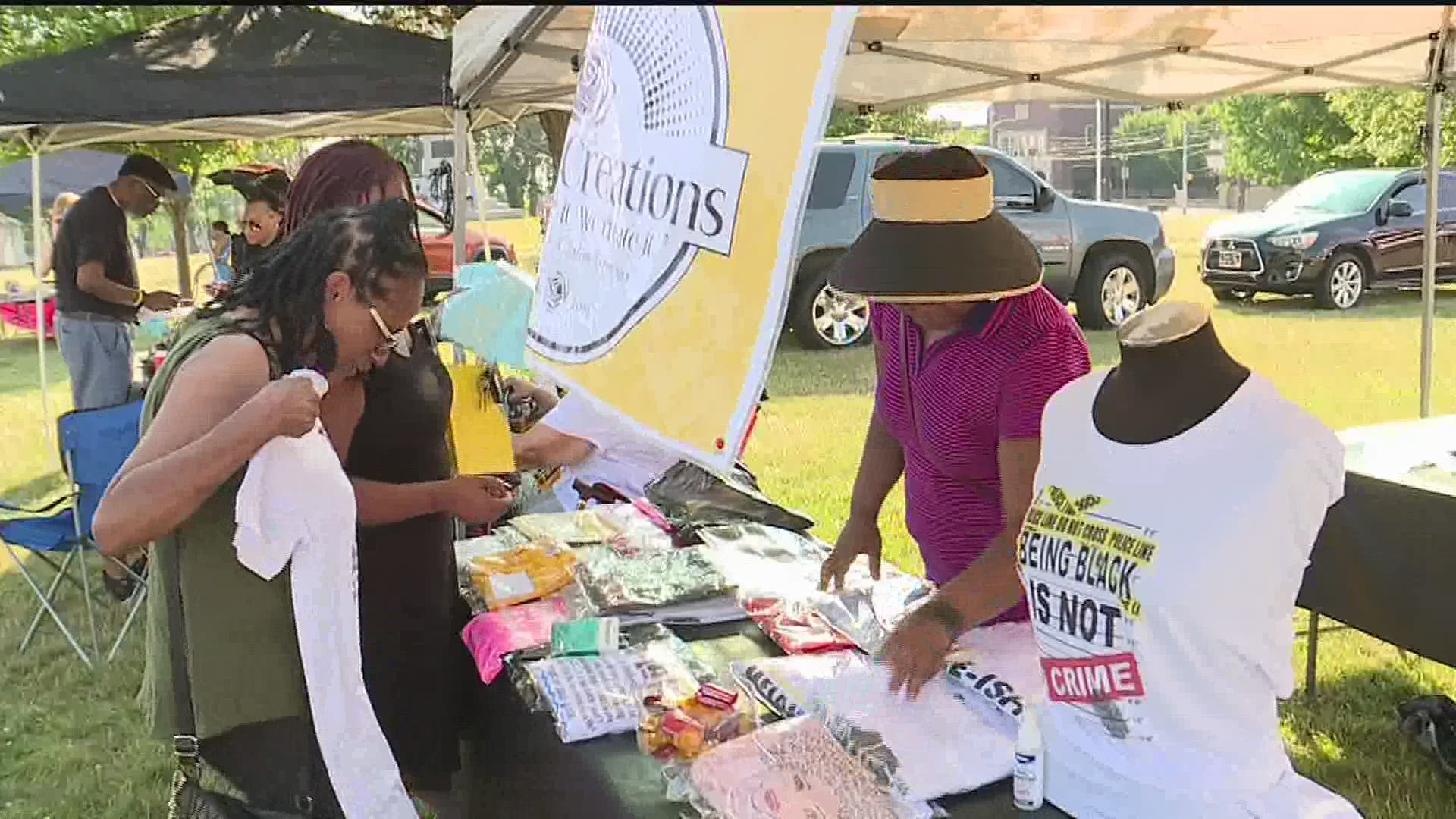 The inaugural African American First Friday, an event to support Black-owned businesses, was held in York’s Penn Park on July 3.

African American First Friday was organized by Call to Action Worldwide (CTAW), a York-based grassroots group that was founded after the death of George Floyd by Minneapolis police in May.

The impetus behind starting the event, organizers said,  was the Black Lives Matter movement sparked by Floyd’s death.

“It just makes it more special and more precious how it’s happening,” said organizer Felicia Dennis. The main thing is that we as a people have fought so hard to build and become who we are now.”

The African American First Friday was modeled after First Fridays in downtown York, a monthly event when locals can head to businesses in “Historically Edgy Downtown York” for special promotions and live entertainment.

Some business owners said they felt boxed out of York’s event because they didn’t have a brick-and-mortar location downtown.

“What we find is that downtown is cool, but it’s not built for the African American and Hispanic communities,” Dennnis said.

The African American First Friday was held the same day and roughly the same time as York’s event, but specifically promoted businesses owned by people of color.

“If you’re not established downtown many times you don’t have a way to show what you have,” said Yari Morales, who was helping her sister sell fried chicken and chicken kebab dinners. “So we organized something for ourselves so we can have people who both patronize First Friday downtown and can come here.”

Community events like African American First Friday demonstrate the support that has built this summer for Black and Brown communities, attendees said.

“This fight, we’ve been doing for quite some time,” said Dover resident Mike Myers. “I think there’s a sense of hope when you’re talking to the community.”

Painting for kids, a basketball tournament, a battle of the DJs and live music rounded out the activities.