A York native who witnessed a murder during the 1969 race riots has created a GoFundMe to raise funds for plaques to honor Henry Schaad and Lillie Belle Allen. 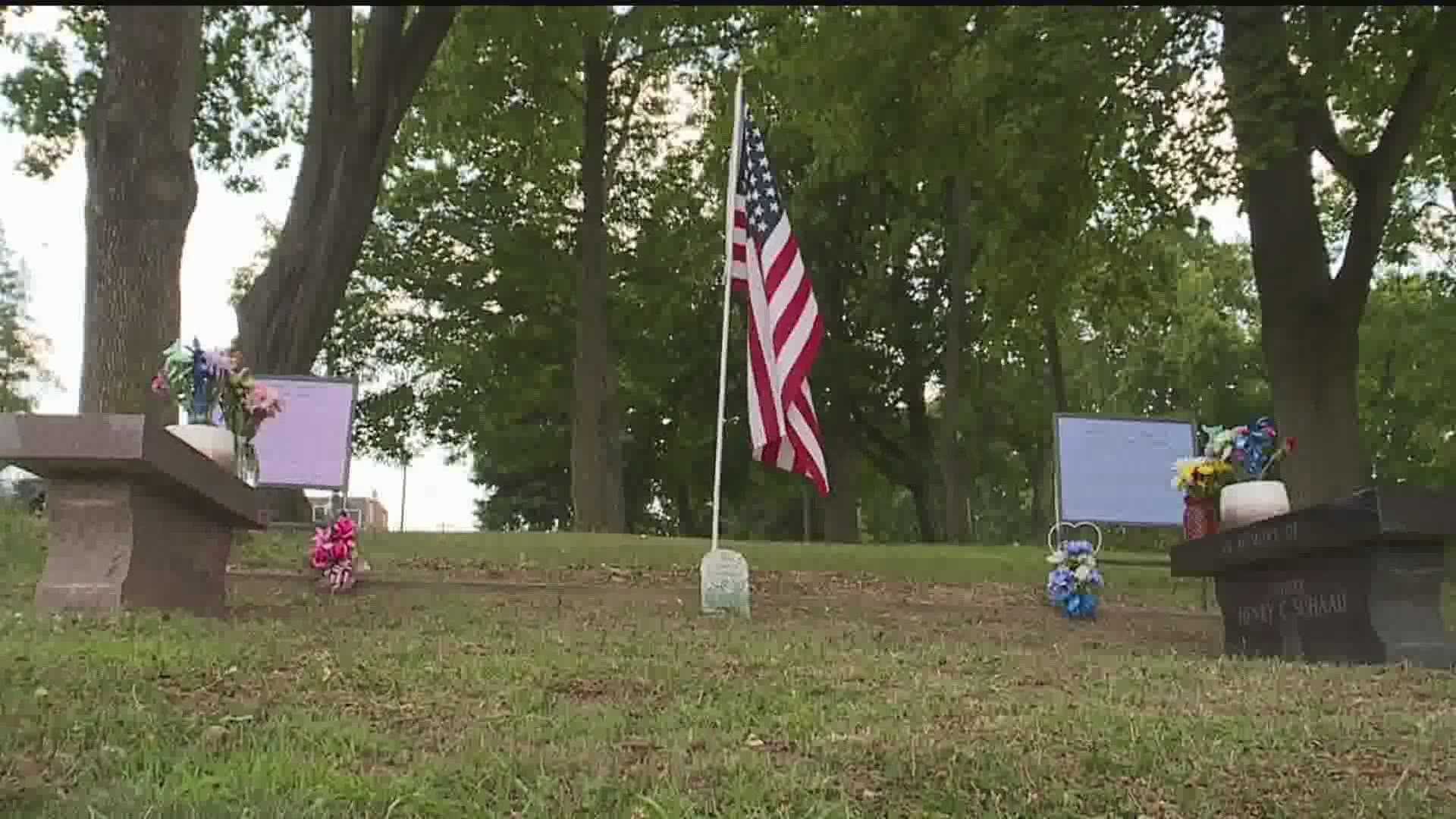 York City was at war.

Police were still reeling from a shooting that had left one of their own paralyzed. They drove around town telling local white gangs to meet for a rally at Farquhar Park. There, officers led the young men in chants of “White power!” Elsewhere in the city of 51,000 entire neighborhoods were barricaded off from traffic and a curfew was imposed.

Racial tensions had been building for years over police discrimination. The black community claimed police consistently harassed people in black neighborhoods and quelled protest with police dogs. Yet the all-white city council would not approve a proposal for a biracial police review board.

On July 17, a 12-year-old black boy burned himself while playing with lighter fluid and matches. At the hospital, he told police the Girarders, a local white gang, had burned him. Though later discovered to be untrue, the rumor spread fast.

Then a black teenager broke the windows of a hangout for the Newberry Street Boys, another local white gang. While being questioned by a police officer, a member of the gang shot the teenager.

By the next day tensions were boiling over. White and black gangs fought by throwing rocks, firebombing buildings and shooting at each other.

Police responded to fires and fights around the city. Three cops were responding to a shooting when someone fired a gun at the vehicle. Though they were riding in Big Al, one of the city’s two armored trucks, the bullet went through the wall. It hit 22-year-old Henry Schaad, a rookie officer, instantly paralyzing him; he later died of his injuries.

“That kind of stirred the white people up a lot more,” said Bob Mann, who was 14 at the time. For a week, he said, he saw people walking down the streets with rifles.

The night of July 21, a white car drove past Mann’s house at the intersection of Newberry St. and Gay Ave. The black passengers did not know about 100 armed white boys and men were gathered across the train tracks.

There was a rumor that the night before, a white car had driven up Newberry St. When it stopped, a black man popped out of the trunk and fired a gun. When the men saw this white car, they may have believed it was the same car.

The driver saw the group and tried to turn around, but the car stalled right over the train tracks.

Mann said he saw a woman get out of the car, raise her hands and call, “Don’t shoot.”

“At that point there was one shot, and then there were 100 shots,” Mann said.

Lillie Belle Allen, a 27-year-old mother from Georgia, was killed.

Man said he was waiting outside a friend’s house, about 30 feet away from the train tracks.

“The bullets were bouncing off the house where I was sitting at, and I had to run and crawl under a car to keep from getting hit by the bullets,” he said.

Fifty years later, Mann still remembers. Many locals, however, do not.

“No, I haven’t heard about [the 1969 York race riots],” said Wendy Orengo, a York resident who lives a few houses away from the train tracks.

“I never heard of it,” said York resident Curtis Duff.

“I haven’t heard a whole lot, other than that it was really ugly,” said York resident Mark Eller.

Last summer Mann said he was inspired to bring flowers to two benches in Farquhar Park honoring Henry Schaad and Lille Belle Allen. The benches, installed in 2005, are inscribed with the victims’ names. But Mann said people would come up and ask why he brought flowers and were surprised when he told them about the 1969 race riots.

Now Mann wants York City to replace his signs with permanent metal plaques, so visitors who don’t know what happened can learn. He brought up the idea at the city council’s Jan. 6 meeting, when he also donated $500 to the city for the initiative. However, city officials have not followed up with him since, he said.

York City officials could not be reached for comment on Sunday.

Several York residents who spoke with FOX43 supported the idea of installing permanent plaques, especially after the recent rise of the #BlackLivesMatter movement.

Until a permanent memorial has been set up, Mann said he will continue to deliver fresh flowers every day, so anyone who comes to sit on the benches can enjoy their color, and perhaps learn more about the 1969 York race riots.

“I think people need to see what’s happened in the past,” Ellet said. “That way we don’t repeat it in the future.”

Instead of continuing to wait for the city to install the markers, Mann created a GoFundMe page Friday to raise the $8,000 needed for two metal plaques.

He hopes the descendants and families of the victims will play a part in deciding what the signs say.

Until a permanent memorial has been set up, Mann said he will continue to deliver fresh flowers every day, so anyone who comes to sit on the benches can enjoy their color, and perhaps learn more about the 1969 York race riots.

Lillie Belle Allen will also be remembered with a public celebration organized by York group Call to Action Worldwide on Tuesday night, exactly 51 years since she was killed. The event will start at 6 p.m. by the railroad tracks on Newberry St., where Allen was shot.