City, resident at odds over sinkhole repair in Lebanon

LEBANON, Pa. -There’s an unrepaired sinkhole in a Lebanon neighborhood and it’s causing more problems than one. The location of it has people playin... 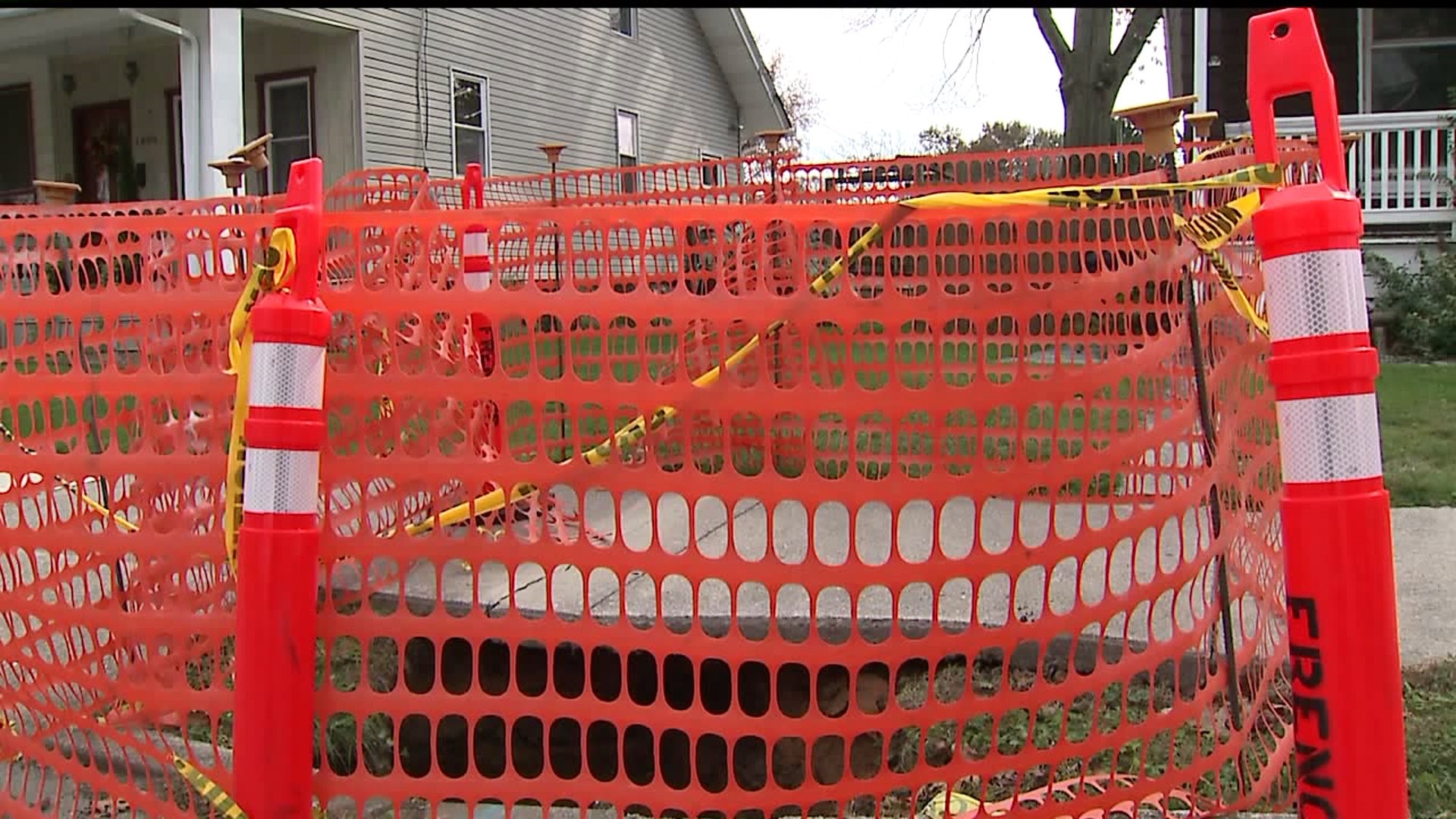 LEBANON, Pa. -There's an unrepaired sinkhole in a Lebanon neighborhood and it's causing more problems than one.

The location of it has people playing the blame game and now it's all falling back on one person.

The hole on Elm Street is causing a whole lot of problems for Debbie Carpenter of Lebanon.

"I'm very stressed," Carpenter said. "I'm very upset about this whole thing. I just want it to be resolved. I want someone to come and fix the street."

The sinkhole opened at the end of September. The city patched it up, but two weeks a later another sinkhole opened up just a few feet away in the area between the curb and sidewalk.

"And when they fixed that hole they moved all the dirt around and it opened up this whole area," Carpenter said. "So yeah, in my opinion this was not anything to do with me. Even though I understand what they're saying - anything from the curb over I own this property."

The City said it's not their responsibility, because she owns everything up to the street. It also said the sinkhole was caused by a tree that used to be there years ago, before she even lived there. Carpenter's insurance company told her that are is considered "no man's land." The company said she only owns up to the yard and they won't cover the sinkhole repair.

Carpenter reached out again to multiple departments in the City's office.

"But I was not getting any call backs after that," Carpenter said.

The Director of Public Works did come out to look at the sinkhole after we started looking into Carpenter's problem, but wouldn't talk to us on camera.

State Representative Frank Ryan of Lebanon County did want to talk about it. He blames this on what he calls "horrible state regulations."

"The city and the homeowner are being constrained by a series of rules that just don't make sense," Ryan said. "So what we're trying to do is trying to change those state laws and federal laws so we can get something a little more effective. You know, you can't change geology, but you sure can make it a little different about whose responsible, be it the insurance company, or is it a city issue across the board."

Public Works and Carpenter entered a joint agreement today to get this repaired as soon as possible. Later they'll figure out whose financially responsible after assessing what happened underneath the sinkhole.

"It's like a car accident," Carpenter said. "I mean, I didn't cause this, I don't know anything about a tree. I'm sorry if there was a tree there, but it was from another hole. And it just keeps growing underneath."

The City said it plans to fix the sinkhole sometime this week. Representative Ryan said his hope is that the bill becomes the responsibility of Carpenter's insurance company, though it could be a long drawn out process.

Right before FOX43 left the interview, Carpenter found a letter in her mailbox from the City of Lebanon dating back to November 1st, stating she's in violation of two city codes, and she has until Friday to be in compliance and get it fixed. Carpenter plans to hire a lawyer.