MANHEIM TOWNSHIP, LANCASTER COUNTY — Twice a week, 7-year-old Joshua Aguirre of Lebanon opens the doors at the Cuascut Academy of Martial Arts and goes to... 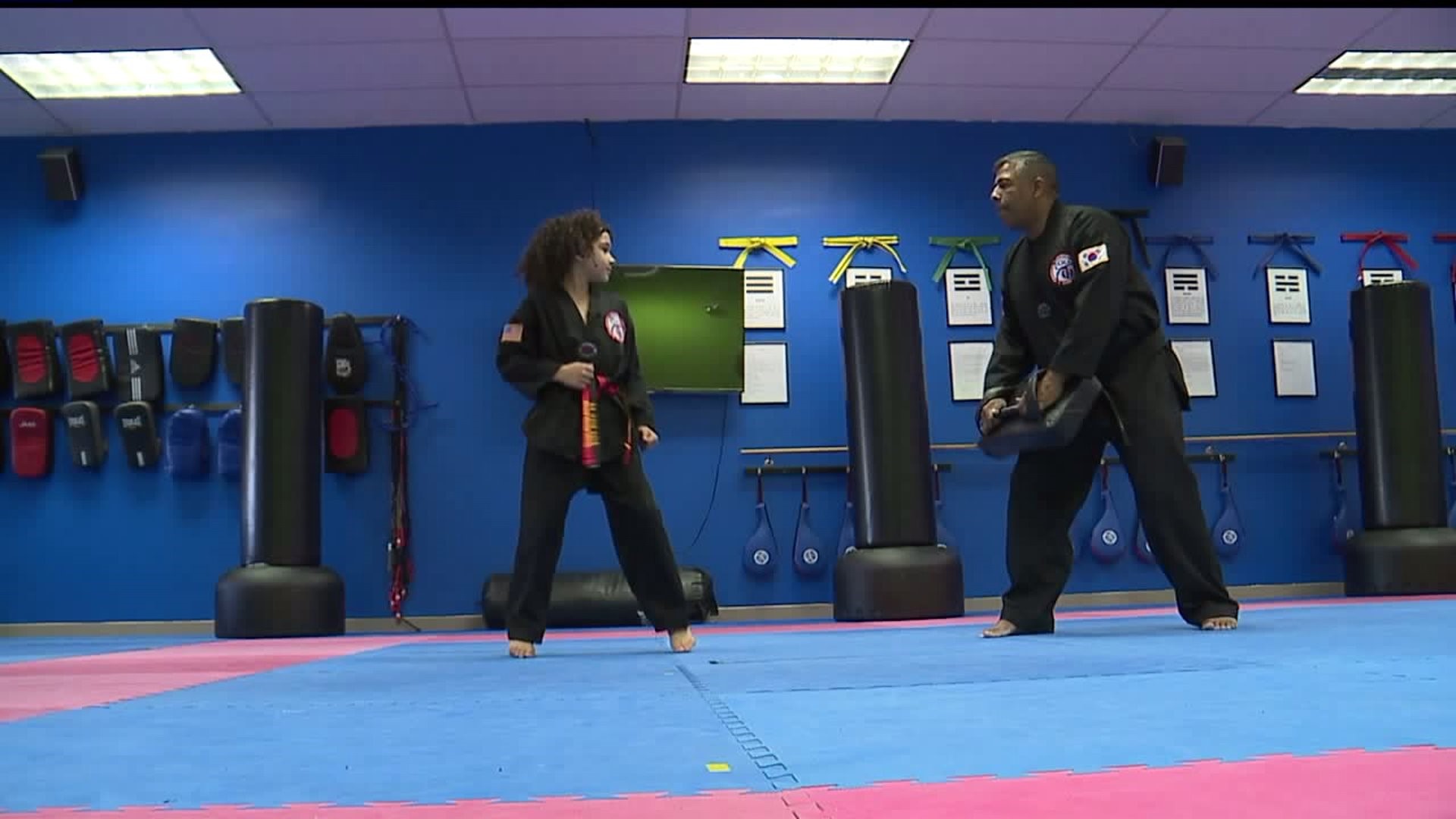 MANHEIM TOWNSHIP, LANCASTER COUNTY -- Twice a week, 7-year-old Joshua Aguirre of Lebanon opens the doors at the Cuascut Academy of Martial Arts and goes to work.

Each punch cuts through the air like a knife. Each kick is a perfectly straight line, and lands with a thud. Josh shouts with every movement.

"I train hard," he says, succinctly.

Along with his two, 90-minute weekly visits to the Lancaster area, Josh trains at home four to six hours every day, working on his form and technique.

His instructor, Augustin Cuascut, says Joshua's work ethic is unlike anything he's seen at that age.

"I'll teach him something here and he’ll go home and train for hours," Cuascut said. "His parents are like, 'It's 10 o'clock. Go to bed.' Most parents are getting their seven-year-olds to go to bed at 8."

This is normal life for Joshua Aguirre, who in just two years of formal training in the martial art of Taekwondo, has become one of the world's best young athletes. Along with becoming a state champion in Pennsylvania and Maryland, Joshua recently won multiple gold medals at the Junior Olympics in North Carolina, and earned gold and bronze medals at the Costa Rica International Open a few weeks later.

"There are certain developmental processes and balances you look for. He was way more advanced and you could tell this kid was special," Cuascut remembers of his first interactions with Joshua. "There are 20 year olds who don't look like that. Maybe one in a thousand."

"My mom said I kicked all the time [when she was pregnant]," Josh said. "She said, he might be good at Taekwondo."

Josh is hoping November is just as golden. He'll participate at the New Jersey Taekwondo Open Championships on November 3. One week later, Josh is scheduled for the Toronto Open Taekwondo Championships.

This is just the start of his Taekwondo career, he hopes, with aspirations of greater gold in the future.

"When I grow up, it's going to be harder training," he said. "I'm going to try and win in the Olympics."