FRANKLIN COUNTY, Pa. — In Pennsylvania, anyone can legally open a tattoo shop or give you a body piercing without any prior experience or license. But a n... 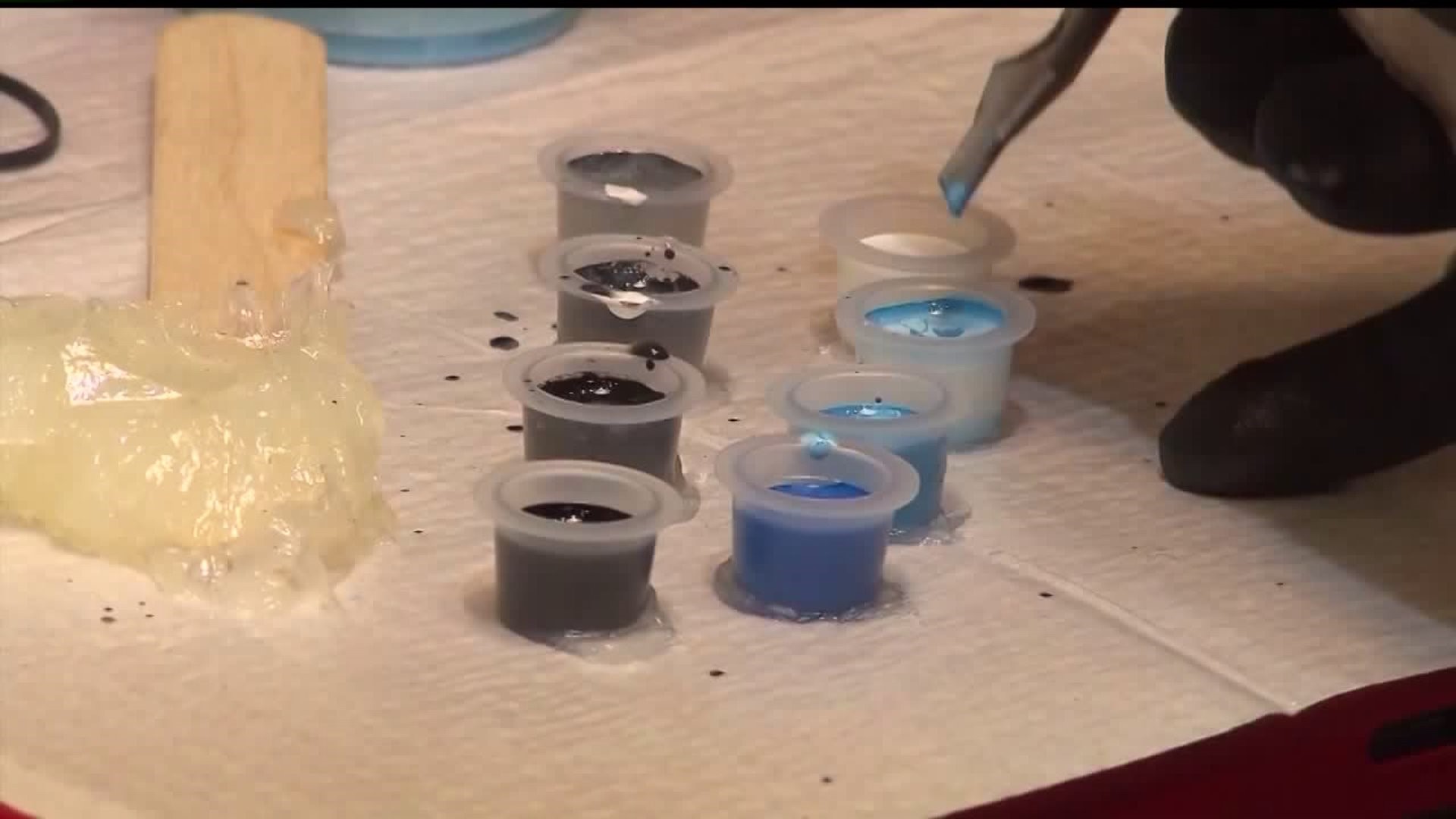 FRANKLIN COUNTY, Pa. -- In Pennsylvania, anyone can legally open a tattoo shop or give you a body piercing without any prior experience or license. But a newly proposed ordinance in Chambersburg, still in its infancy stages, would require tattoo businesses to pass inspection before getting a license.

"Because the state isn't doing it, it was felt by the board that someone should step in and really the only person that could, would be us," said David Finch, assistant borough manager.

Finch added, "We are regularly inspecting restaurants within the community but how about things like tattoo parlors? ... They would be looking for certain health concerns to make sure that people are changing needles and not causing disease."

The ordinance would also require blood testing for clients prior to getting tattooed.

"The real concern that I saw in the drafts is our real concern too, Hepatitis C which can be an airborne pathogen," said Geof Chisholm, owner of Black Diamond Studios.

Though Chisholm isn't on board with every part of the ordinance, like making spore tests mandatory every 30 days to ensure sanitary conditions.

"That's just overkill, I want to say it bluntly, I think it's too much," he said.

Some brought other ideas to the table, including business owners being blood tested rather than clients.

"By protecting yourself, you are protecting the clients," said Don Dickinson, owner of Legacy Tattoos.

Krista Chisholm, also an owner of Black Diamond Studios, added, "If we are regulating tattoos and pricing, what all does that open for other business like (microblading) which is technically tattooing, it's cosmetic tattooing."

Borough officials say everything discussed will be considered by the board before making a final recommendation to town council.