Non-profit LeadingAge PA is asking for another $300M to continue testing, funding for hazard pay, PPE and more in nursing homes and other long-term care facilities 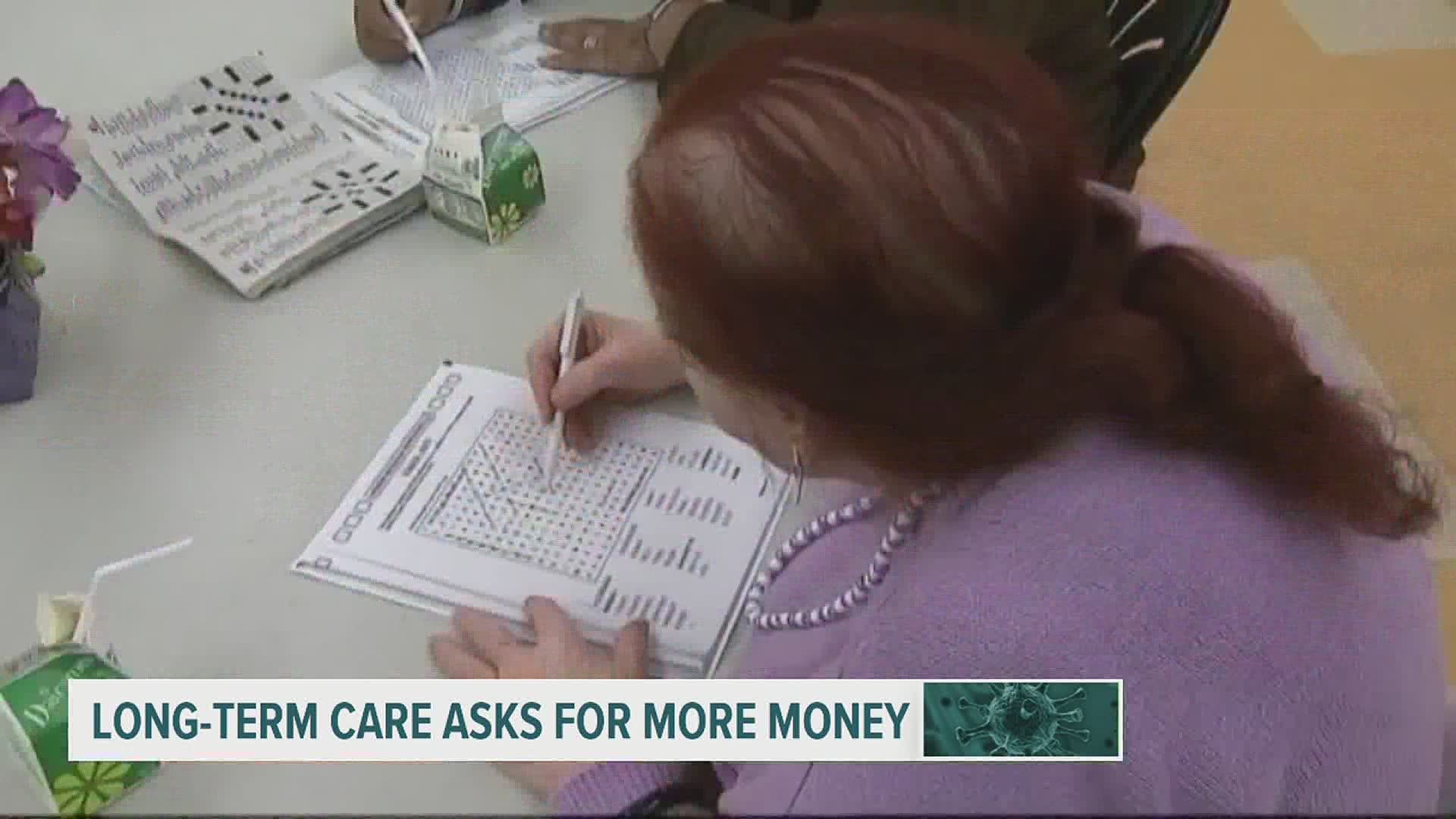 MECHANICSBURG, Pa. — Long term care facilities across Pennsylvania received approximately $300 million in funding for personal protective equipment (PPE) and more earlier this year. Now, they're asking for another dose of funding to continue their efforts.

"We still are not in the middle of this pandemic," Adam Marles, President and CEO of non-profit LeadingAge PA said. "The risk to the people we serve is still very high."

There is $1 billion left that has yet to be allocated of CARES Act funding that was given to the commonwealth. Governor Wolf's wish list for that funding did not include additional long-term care facility help, Marles said. State Representative Seth Grove (R-York County), who serves on the House Finance Committee, says nursing homes and long-term care facilities are on his priority list.

"Two priority aspects are nursing homes and schools, both getting rapid testing in Pennsylvania which we don't really have," Rep. Grove said. "We're still seeing labs taking up to two weeks to get test results back, which is pointless."

Rep. Grove says he ideally would spend $200-$300 million on rapid testing, but isn't sure how much state officials could give to long-term care.

"We have to be very, very smart in how we drive these dollars out," Rep. Grove said.

CARES Act money must be used by December 31st. The State House Finance Committee also hopes they can reallocate some unused funding provided and push to other areas.

Meanwhile, Marles says that additional funding is crucial for both safety and morale.

"We want to make sure people are able to go and visit their loved ones," Marles said. "Nothing beats giving a hug or holding the hand of a loved one."