Most car dealers still offer auto service, but the PA Auto Association and local dealers question why some are still selling vehicles while others have been denied 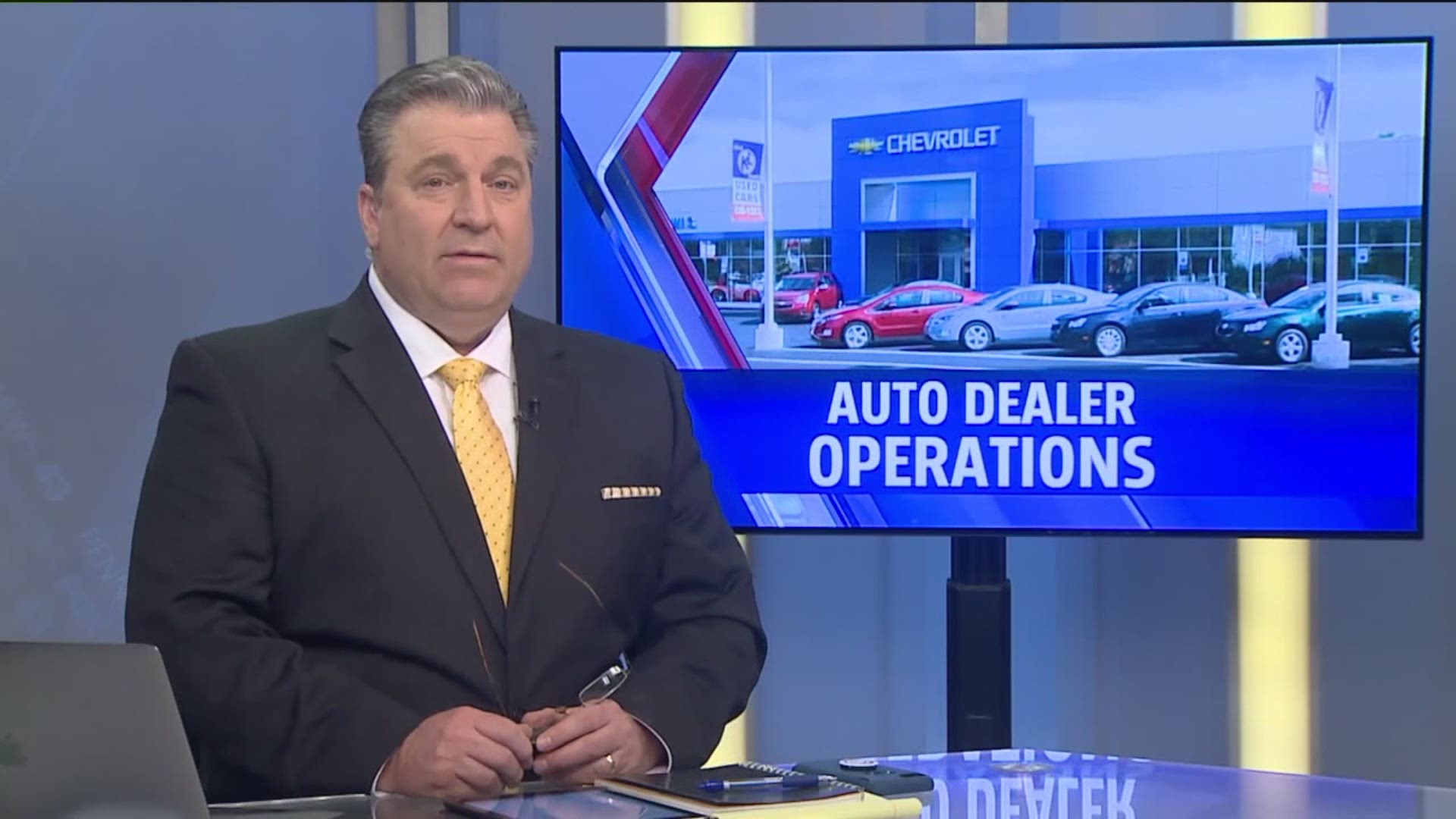 HARRISBURG, Pa. — There's no question, car sales have stopped at a full-blown grinding halt because of COVID-19.

However, Governor Wolf's executive order to close non-essential businesses have left many dealers, and the Pennsylvania Auto Association (PAA), questioning the fairness of the administration's issuance of business waivers to some dealers, but not others.

According to the PAA, about 20 dealers across the commonwealth are still selling cars. More than 920 dealers with similar petitions for waivers have been denied.

"You've got to be open to everybody. That's not fair," John Devlin, president of the PAA said.

"The biggest issue we have is the all-or-none philosophy. 6,000 dealers in PA but you're allowing only 20 to be open," Wes Myers, Thornton Automotive Group's general manager said.

Jonathan Casey, president of Sutliff Volkswagen, presides over one of the most successful Volkswagen dealers in the Mid-Atlantic. He, too, was denied a waiver not once, but he believes soon-to-be twice.

"It's been devastating to our business. We were a company that had 200 people between our two stores. Now we're down to about 20," Casey said.

The PAA thinks that the waivers may have been issued in an error, but are still working to confirm it.

Meanwhile, they are preparing a plan to petition for all car dealership sales departments to open.

"What we have now is going to New Jersey, a hot spot, to buy a car and coming back to Pennsylvania. Hard to argue that's good public policy," Devlin said.

What the commonwealth needs, he claims, is, "...something appointment only, with protocols put in place for the safety of the public and the employees at the dealership. It can be done. It is being done around us."

For now, Sutliff and Thornton are ready to meet the proposed new criteria.

"We've been selling cars online for a decade. We're usually the number-one, or in the top three at least, in new car Volkswagen sales in the whole state of Pennsylvania every year. You don't get that way without doing internet sales," Casey said.

"We're readying to do that and we've been doing it over a decade and we're ready to if we're allowed to."

When contacted, the Pennsylvania Department of Community and Economic Development said that some dealers were granted waivers for specific activities, including automotive repairs and maintenance, equipment rental and leasing or sale of automotive parts, accessories and tires.

When informed about the dealer mentioned earlier and the estimated 20 total that were still selling vehicles, a spokesperson responded again, saying, "New and used sales at automobile dealerships are not permitted. Auto dealers are receiving a letter from the administration to reiterate this guidance."