Busiest travel week of the year underway, more than 55 million Americans will travel

HARRISBURG, Pa. – It is the busiest travel week of the year, as more than 55 million Americans will be driving, flying or taking a train to their Thanksgi... 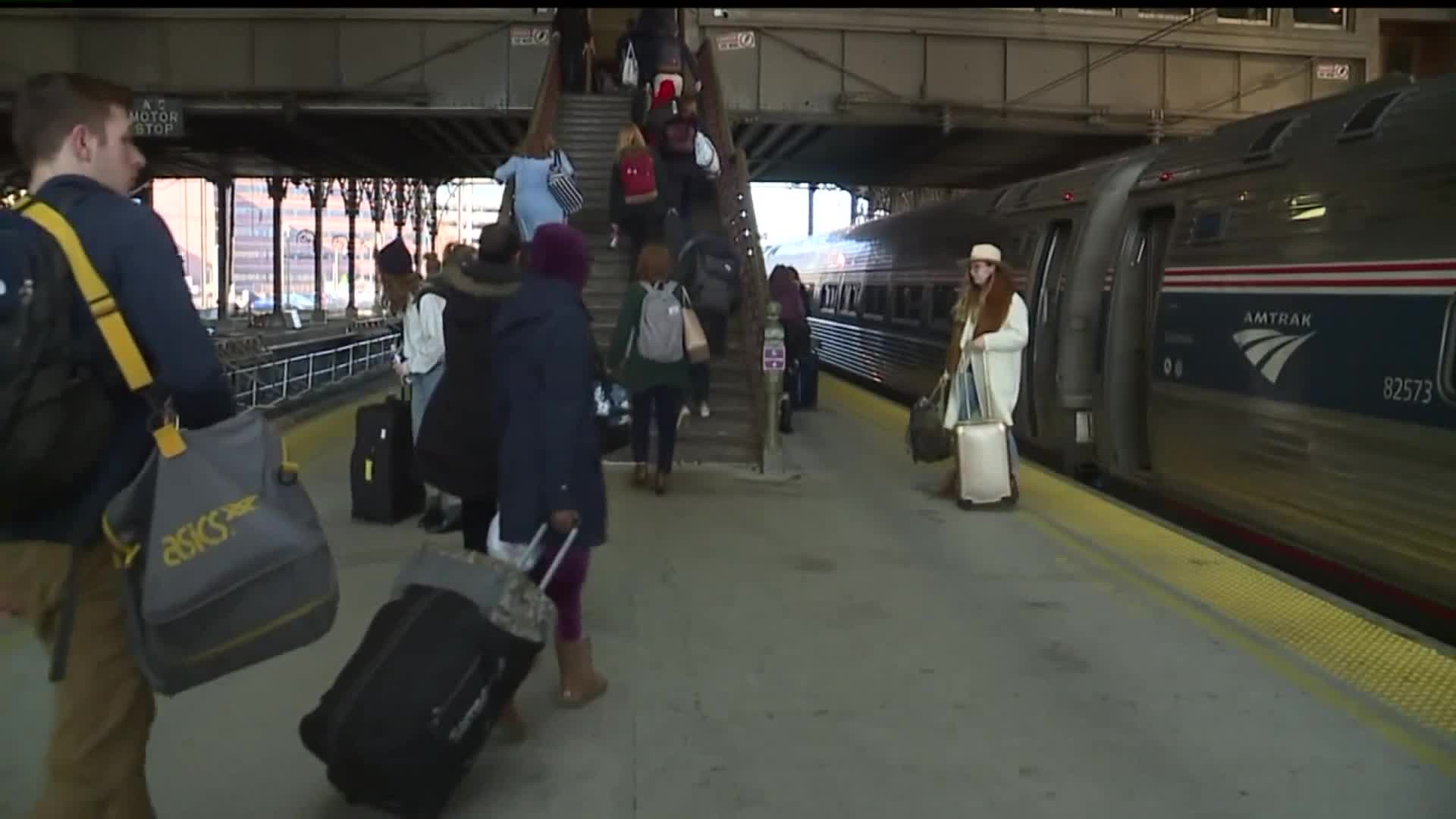 HARRISBURG, Pa. - It is the busiest travel week of the year, as more than 55 million Americans will be driving, flying or taking a train to their Thanksgiving Destinations.

The Pennsylvania Turnpike is expected to see more than 3.6 million travelers through Sunday. If your plans take you on the turnpike, remember Tuesday and Wednesday will be the busiest travel days, while Thursday and Saturday will be the least busy.

“So, if you have the ability to travel Thanksgiving Day maybe early in the morning, you’ll see the roads are pretty much free and clear," said Carl Defebo with the PA Turnpike Commission.

If you're traveling by train this holiday week, you shouldn't run into many delays. While Amtrak expects an 80 percent increase in travelers Tuesday and Wednesday before Thanksgiving, they are accommodating the extra travelers with additional trains and seats.

“We look forward to getting all those customers to their thanksgiving celebrations," said Christina Leeds, Amtrak.

If your plans take you to the skies, Scott Miller with Harrisburg International Airport tells FOX43 the busiest days will be Wednesday, Saturday and Monday.

“Thanksgiving week could be the busiest we’ve had ever," said Miller. "Maybe 30,000 people between today and Monday which for us is an all time high.”

While everything took off smoothly Tuesday, high winds and snow storms impacting other parts of the country could delay flights out of Harrisburg later this week.

“So, we tell people again stay in touch with your airline and come with things to do," said Miller. "Books to read, that way if there is a delay you’re prepared for it."

Again, whatever your mode of transportation is, just remember to give yourself extra time to get to your destination and be patient.