SPRINGETTSBURY TOWNSHIP, Pa. – Plenty of people got up dark and early to cash in on Black Friday deals at the York Galleria Mall Friday. “We bought ... 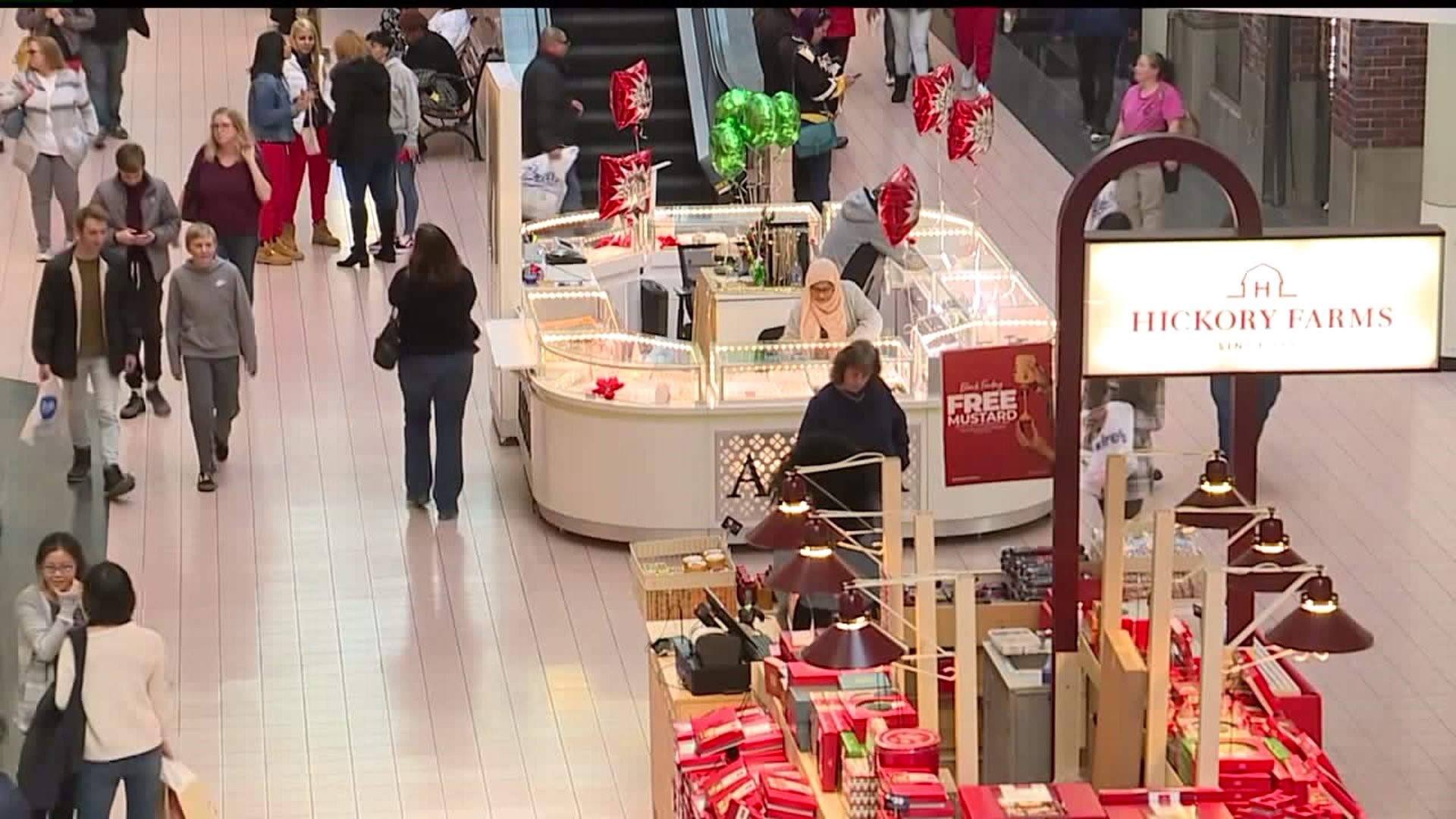 SPRINGETTSBURY TOWNSHIP, Pa. - Plenty of people got up dark and early to cash in on Black Friday deals at the York Galleria Mall Friday.

"We bought a tv, we bought clothes for the grandbabies," Lori Thedford of Lancaster, said. "We bought toys, we bought everything you can think of. We're probably delirious at this point but we're still having fun."

And running on little steam. She and her relatives have been out since 5:30 a.m.

"My sister in law and I have been doing this for over 20 years," Thedford said. "My daughter-in-law joined in about 3 or 4 years ago. We get dressed up the same every year and just have a blast."

The Mall opened early for Black Friday. Even some little shoppers couldn't wait.

"I'm excited to go to the store and get some toys," 6-year-old Julian said.

"There were a few stores that I went in earlier and it's been wall-to-wall," Lauri Altman, General Manager, York Galleria Mall, said. "Food court has been wall-to-wall. There's just a great feeling about it today. Even with people waiting in line in the stores and looking for the bargain. The Christmas music is on. It's just got a great feel to it."

We ran into some spontaneous shoppers.

"I was going to get my nose pierced," Raven Rump of York, said. "I chickened out. I actually might do it before I leave here to tell you the truth."

And if that's not your thing, there's always a visit to the Big Guy in red. Today was little Charlie's first time meeting Santa.

The verdict? All smiles.