CONEWAGO TOWNSHIP, ADAMS COUNTY, Pa. — A motorcycle enthusiast from South Central Pennsylvania is using his love of two wheels to pay it forward. It’... 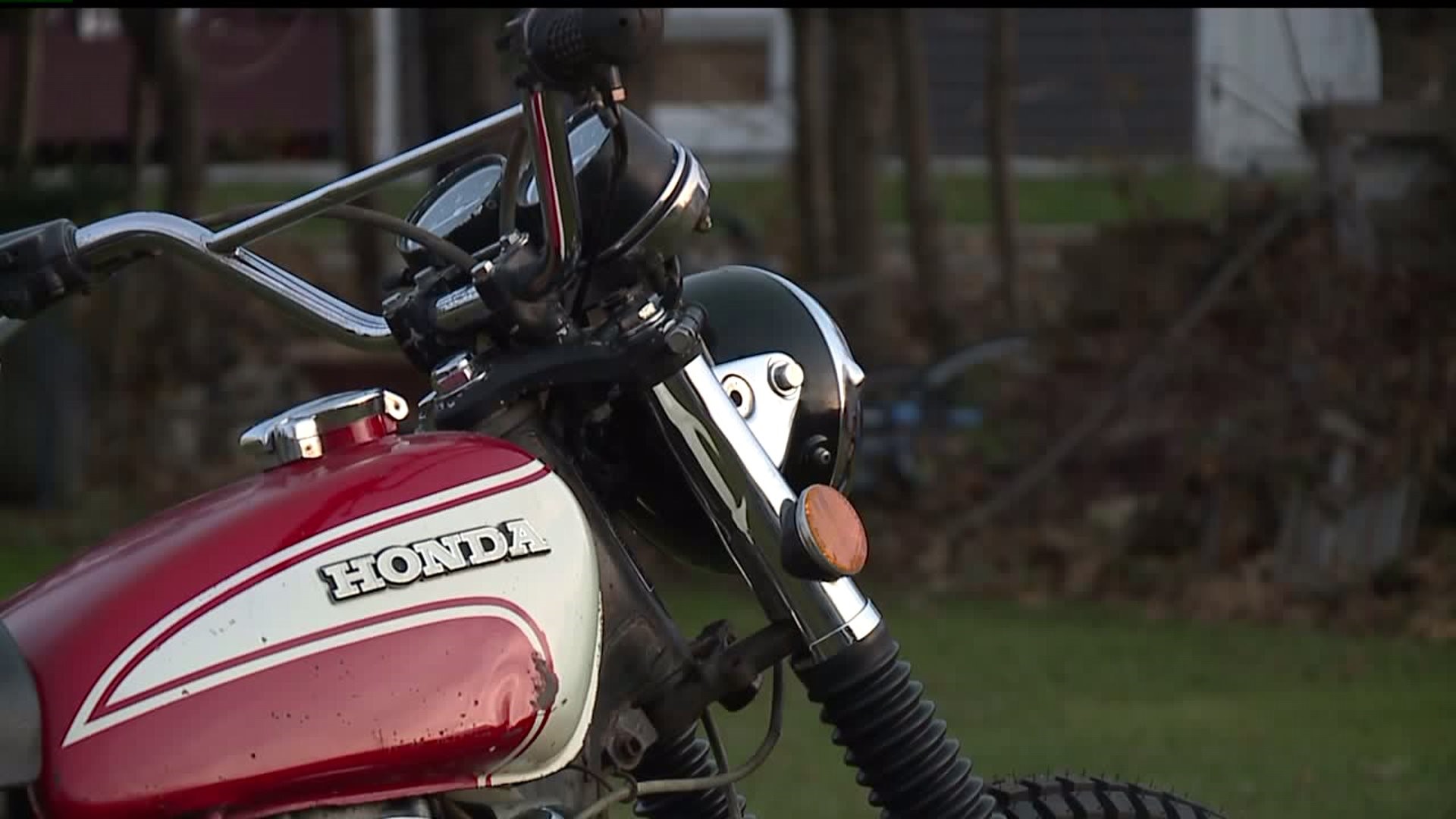 CONEWAGO TOWNSHIP, ADAMS COUNTY, Pa. -- A motorcycle enthusiast from South Central Pennsylvania is using his love of two wheels to pay it forward.

It's safe to say Jamie Gilbert loves motorcycles. Not only does he like talking about bikes and riding them, Gilbert is pretty good at building them.

"This is what us bikers do," explained Gilbert. "It [riding] releases you from all your worries and troubles and invigorates you at the same time."

Gilbert has rebuilt and sold over a dozen old bikes; he calls it his profitable hobby.

He spends countless hours in his shed, where he tinkers with parts every chance he gets.

"Unfortunately, I wanted to be a veteran, but unfortunately, medical issues kept me from being in the military," Gilbert told FOX43.

Instead, Gilbert is serving in a different way; he's donating his time, money, and labor to For the Love of a Veteran, a local nonprofit organization which supports servicemen and women and their families.

Each and every month, volunteers with the organization package and send a little love from home to about 6,000 troops overseas.

"Coffee and jerky and all the little things that make you feel good," explained Waltz.

All those things unfortunately add up. Waltz says each care package can cost up to $30 to ship, and the organization can spend anywhere between 10 and 12,000 dollars in postage every month.

Gilbert believes the bike will lessen that load.

When it's all said and done, he says he will put in nearly $6,000 into the machine so it can be raffled off during one of the organization's biggest fundraising events next fall.

"Well, it's about the vets, and Christine takes nothing from what she gets for herself. It is all given to her cause, and that speaks loudly to me," added Gilbert.

"Having support behind you and people who want to help really makes it a better event," explained Waltz.

Gilbert has created a page for donations. Click here if you'd like to learn how to support.

Learn more about For the Love of a Veteran.