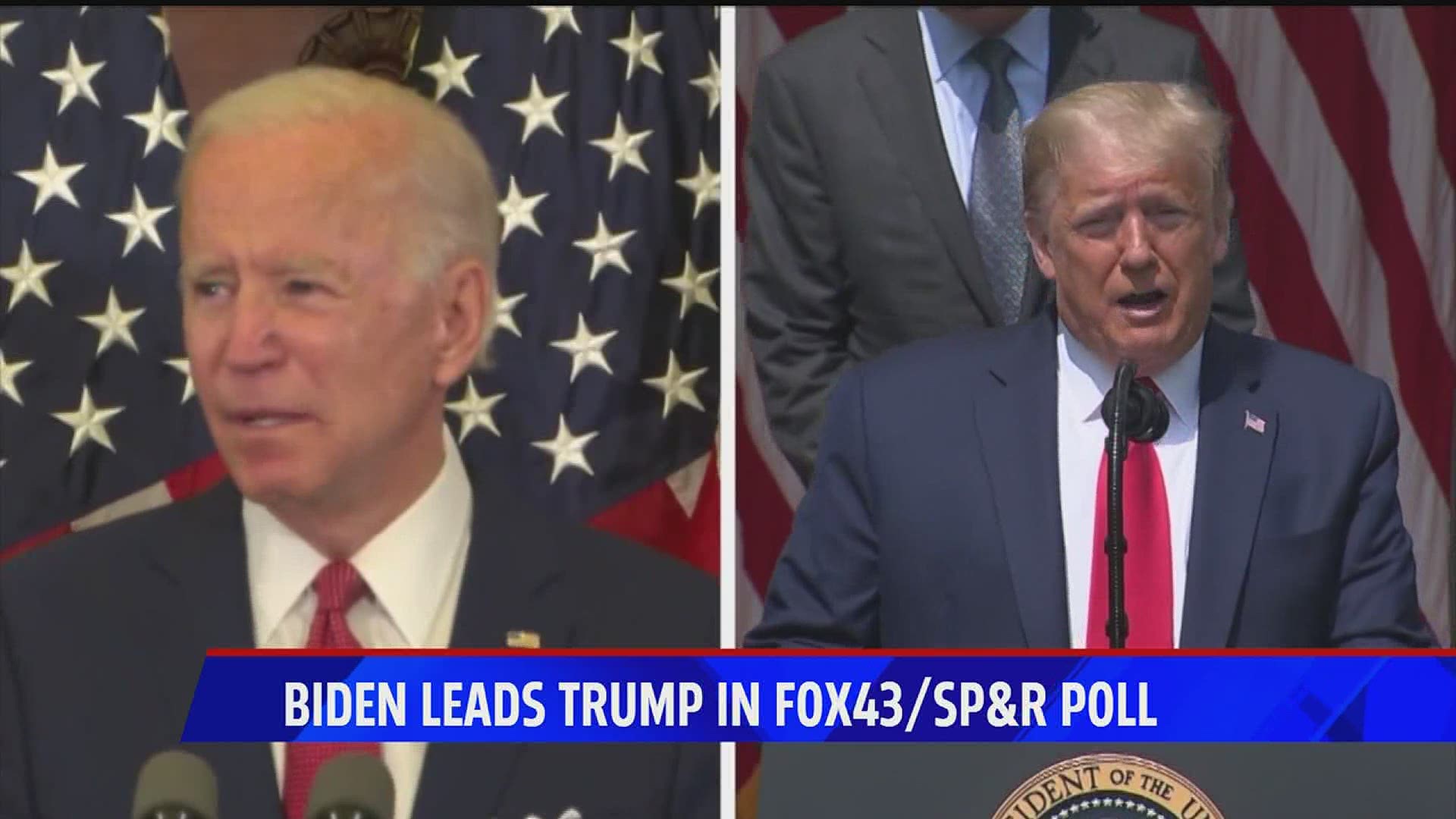 Joe Biden is leading President Donald Trump by a 46 to 41 percent margin among registered and likely voters, according to a new poll by Susquehanna Polling and Research in partnership with FOX43.

The poll, released Sunday, is similar to an April poll which showed the former Vice President with a 48-42 lead over Mr. Trump. The survey polled 715 voters statewide, 49 percent of which were registered Democrats, and 42 percent were Republican. However, of those polled, nearly a quarter identified their voting habits were more closely aligned with being an Independent.

"Biden leads with them. Thats important in a swing state like PA," said Jim Lee, President and CEO of Susquehanna Polling & Research.

Biden has seen a national surge in numbers, including a 14-point national bump over Trump in the latest New York Times/Siena College poll. Yet in Pennsylvania, there is cause for some optimism in the Trump campaign. A state which is considered one of the biggest prizes come November, lacks a great deal of diversity, according to Lee, and that could help the President win back voters.

"Pennsylvania, despite our urban centers in Pittsburgh and Philadelphia, is still primarily 80 percent of voters who identify as caucasian descent," Lee said.

"If this becomes an economy pocketbook election, you can't rule Donald Trump out because, on the key issue most voters care about, he's winning among jobs voters," Lee said.

In the same poll, voters acknowledged a frustration with the way Governor Tom Wolf has managed the COVID-19 pandemic in Pennsylvania. While still maintaining a 49 percent approval rating, the numbers are down from a 68 percent approval in April. The shift, when combined with disapproval numbers, is a 43 percent tilt over two months.

Lee believes the falling poll numbers are natural because they were so high to begin with. However, he also says voters are losing patience with a perceived lack of transparency from the governor's office, in terms of press conferences before reporters were allowed to ask questions in person, and the metrics the governor used to determine which counties could move up in re-opening phases, and which businesses were given waivers to stay open.