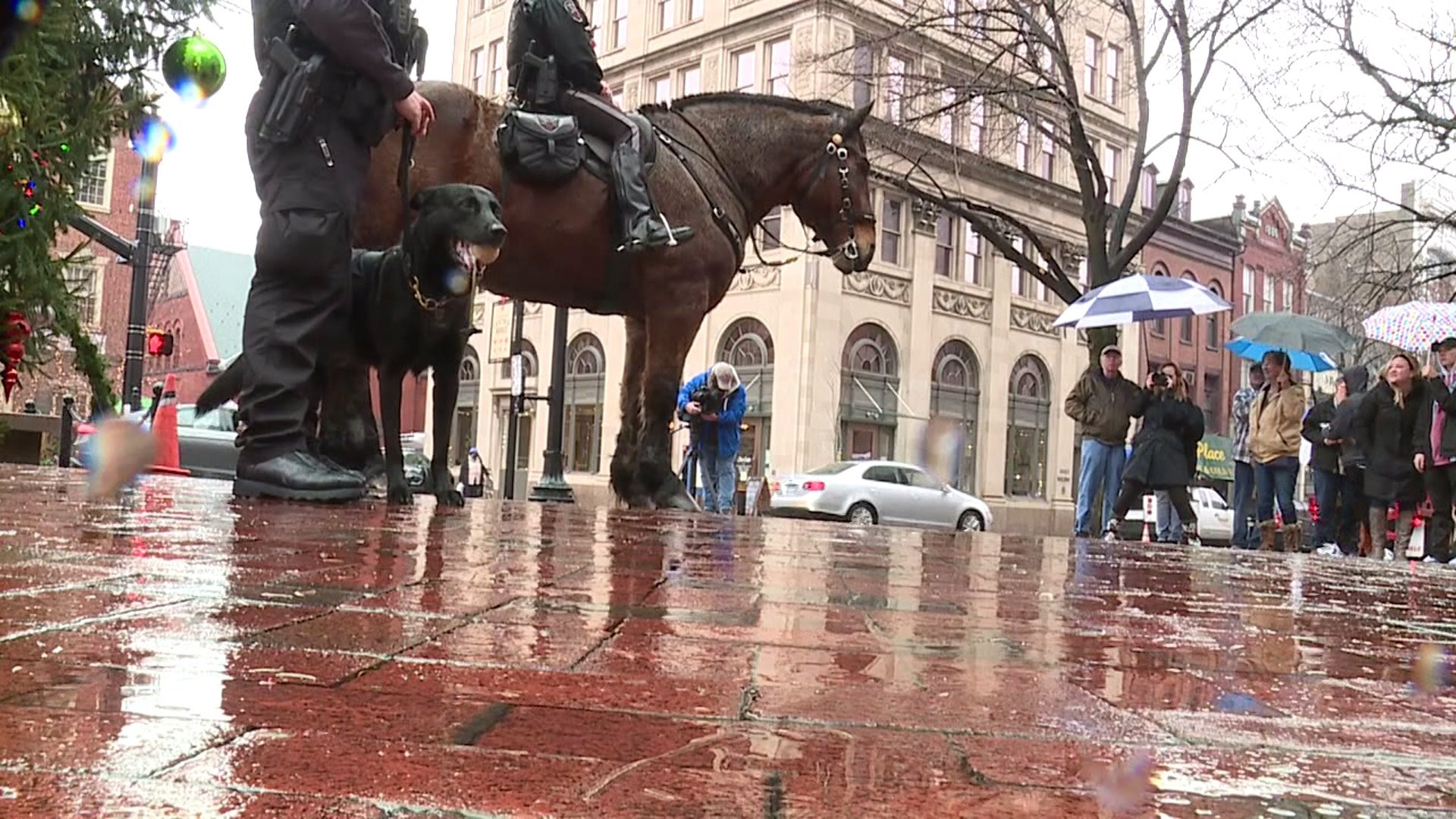 Charlie, a police horse, and K9 Stryker, patrolled for the last time Tuesday.

"He has had multiple drug finds, multiple assists of patrol, and quite a few apprehensions," said Officer Jon Reppert, Stryker's handler and partner in crime.

"He's been a little stubborn. I think he knows it's his last day," said Officer Greg Barry, Charlie's partner.

Charlie may only be 16-years-old, the youngest of Lancaster's Mounted Patrol, but Officer Barry says retirement is necessary.

"He's got arthritis really bad in three of his four legs," explained Barry.

That didn't stop Barry and Charlie from taking one last trot around Penn Square Tuesday afternoon during a celebration for both animals.

"You get really bonded with these animals. They're your partners," explained Barry. "Charlie and I - our personalities really meshed."

Officer Reppert could say the same for Stryker.

"They say the dogs end up being somewhat like the handlers - he's a little bit goofy and plays around when he can and when I allow him, but he was also serious when I needed him to be," explained Officer Reppert.

Reppert will be stepping down from the K9 Unit to be fair to Stryker; he will remain an officer on the force.

He says the search is underway for Stryker's replacement.

Like Charlie, Stryker is also considered a young retiree, but Officer Reppert says a heart condition could put his life or others in danger.

"He's okay to retire and live out a normal dog life, but because it's a stress induced heart condition, he can't work in extreme stressful situations," explained Officer Reppert. "He doesn't understand why he can't come to work. He wants to come with me, and it's hard to tell him you got to stay here."

Charlie will be going to a farm in Lebanon County with other horses.

"He'll have some partners in crime there and buddies to hang out with," explained Officer Barry.

If they haven't already, people can meet Charlie and Stryker Wednesday at noon at the stables at Long's Park.

2019 marked the 40th anniversary of Lancaster's Mounted Unit. It is one of just a handful left in Pennsylvania.