HANOVER — It’s no surprise the super bowl is *the biggest day of the year for salty snacks. At the snack food capital in York County — UTZ ... 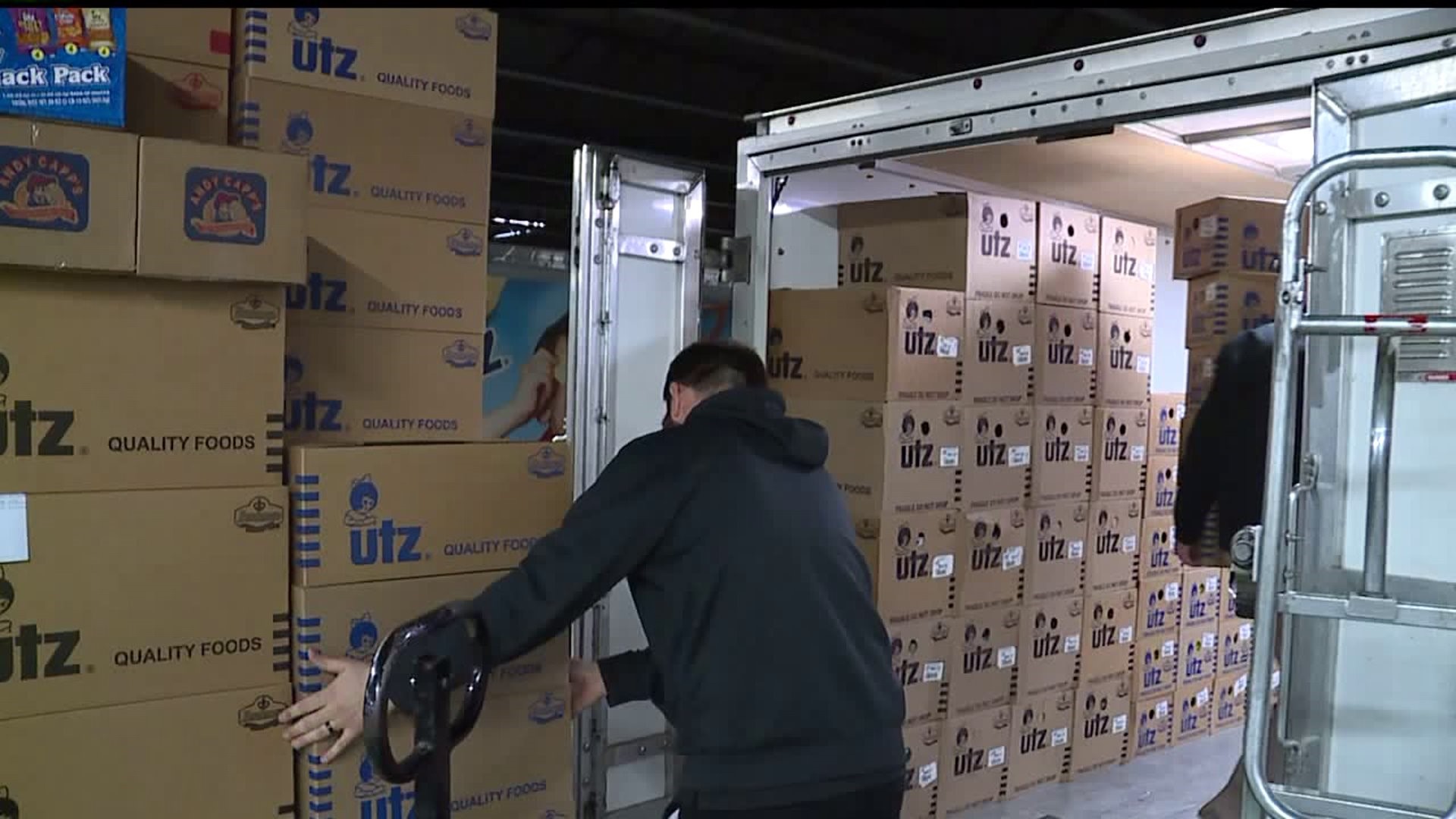 HANOVER -- It's no surprise the super bowl is *the biggest day of the year for salty snacks.

At the snack food capital in York County -- UTZ -- is no stranger to the game.

"We'll go through a tractor trailer load of potatoes in less than an hour in this plant," said Dusty Lehr, plant manager.

While the winter months generally tend to be slower for the company, Lehr says the super bowl changes that.

"The two weeks leading up to the Super Bowl we do have an uptick in our business specifically with our bigger bags because with Super Bowl parties our single serve business isn't quite what it usually is," Lehr said.

Fox43 got a behind the scenes look at the process leading up to the biggest game of the year.

Every load of potatoes that comes in weighs an average of 50,000 pounds.

Each one of them is washed, before going through a high-tech sorting system that takes a picture of every single chip coming across the line.

The chips don't just have to taste good, they have to look good.

"If it has a blemish on it bigger than what we want to give our customers there’s actually an air blast system attached and it’ll signal it out and kick the chip out below," said Lehr.

Any dud spuds will later be sold to a company making it into animal feed.

Chips are then eventually weighed and portioned out.

"What this actually is, is a scale that has fourteen buckets on it and it actually tells a software system down below how many chips are up here to be made into a bag," he added.

Once the chips have been packaged, they're boxed up and ready for shipment.

"I know it looks like a lot of product here but we turn everything within about seventy two hours," said Lehr. "We keep at least fifty to six hundred skids of product stacked," he added.

All of the skids make their way to places like Miami for the Super Bowl.

"It can either go here for local distribution or it goes down on a track down to tractor trailer loading to go up and down the east coast to distribution centers outside of our local region," added Lehr.