Tou Thao, J Alexander Kueng and Thomas Lane are all charged with aiding and abetting murder and manslaughter, for failing to act as Floyd struggled to breathe. 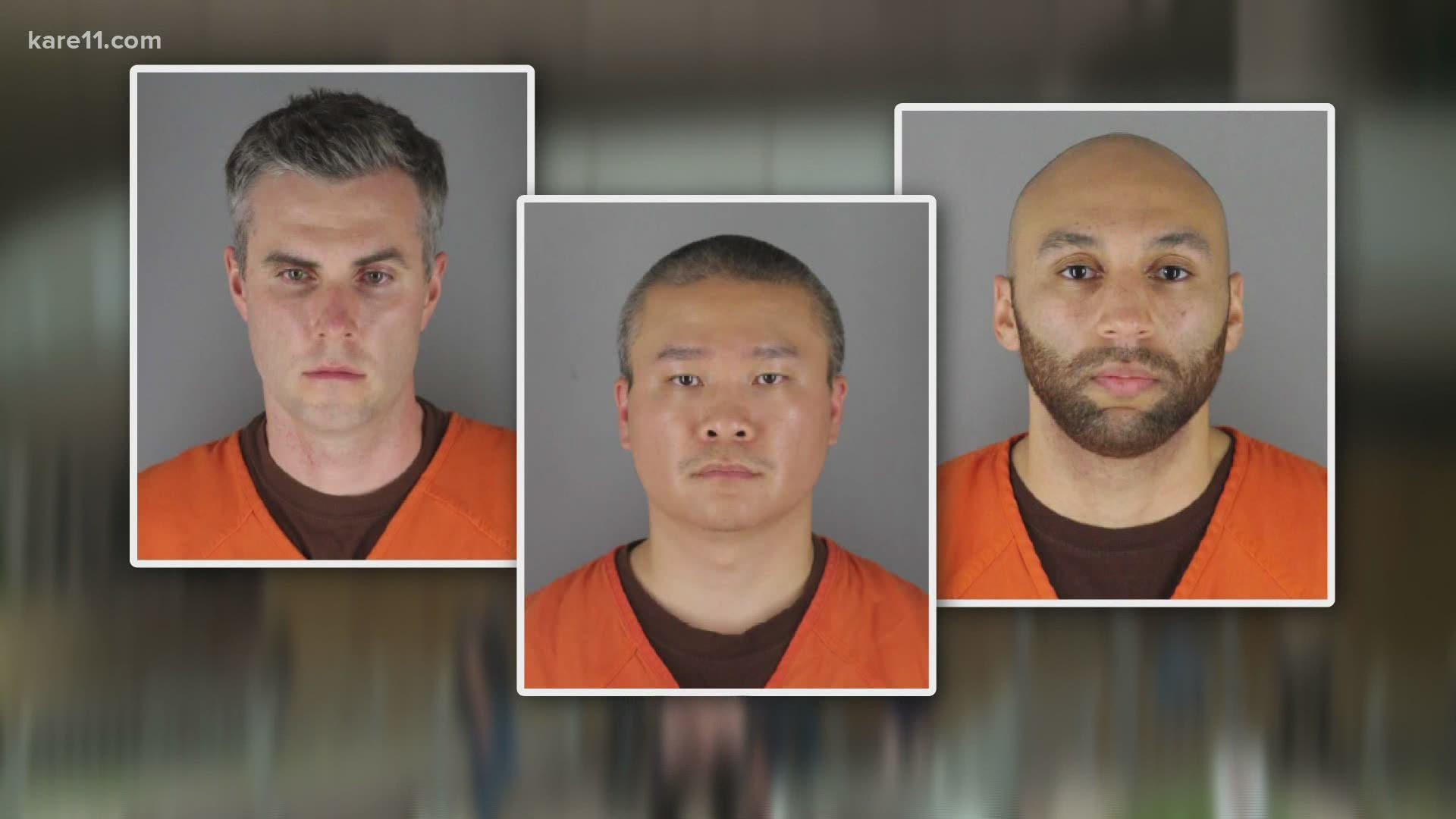 Tou Thao, J Alexander Kueng and Thomas Lane are all charged with aiding and abetting murder and manslaughter, for failing to leave their positions on the scene or act as Floyd struggled to breathe. His neck was under the knee of former officer Derek Chauvin, who is now charged with second-degree unintentional murder after Attorney General Keith Ellison announced Wednesday that the case against Chauvin had been upgraded.

Chauvin is not scheduled to make his initial court appearance until June 8.

All three men entered the courtroom dressed in the orange jumpsuit issued to inmates of Hennepin County, and none of them spoke. Thao was the first to appear in front of District Court Judge Paul Scoggin. Thao's attorney said he had already spoken with agents from the Minnesota Bureau of Criminal Apprehension (BCA) about the case. The defendant's family was in court to support him.

The attorney for J Alexander Kueng described his client, who is African American, as a young man who grew up with an absentee father and a mother who adopted four more at-risk children. Thomas Plunkett told the judge Kueng never lived more than 10 miles from his childhood home in Minneapolis, was captain of his Patrick Henry High School soccer team, and became a police officer to make the community relationship better.

"His ties to the community are his life," Plunkett asserted.

Mr. Plunkett admitted that the events of the case are horrific, but requested that judge Scoggin look past them. "I'm asking you to set bail on a person and not on an institution that's lost its guidance," he said.

Attorney Earl Gray is representing Thomas Lane, the last of the three defendants to appear. Gray described Lane as a one-time counselor at a juvenile facility who decided to join the Minneapolis Police Academy, where he won a community service award and shook Mayor Jacob Frey's hand when he accepted it. Lane had been on the job just four days when he responded to the call involving Mr. Floyd.

Gray argued that bail should be based on how solid a case is and told Scoggin that the one against Lane will not hold up, saying that a charge of aiding and abetting requires "willful criminal intent." He described how Lane held down Floyd's legs so he wouldn't kick and twice asked Chauvin, a law enforcement veteran of nearly 20 years, if they should turn Floyd over.

"What is my client supposed to do but follow what the training officer said?" Gray asked.

Gray said Lane jumped into the ambulance Floyd was loaded into and performed CPR on him. "He did everything he was supposed to do as a police officer," Gray insisted. "What was he supposed to do, let go of his feet and go grab Chauvin and shove him off?"

Judge Scoggin set bail for all three men at $1 million without conditions or $750,000 with conditions, which include no firearms, refraining from security or law enforcement work, and supervised release. The judge said he was "hard pressed to come up with any comparison with regard to setting bail.”

The next appearance for all three defendants will be June 29 at 9 a.m.

RELATED: What is aiding and abetting? Here's what the 3 former Minneapolis officers face

RELATED: 8:46: A number becomes a potent symbol of police brutality