96.1 SOX Toys for Tots challenge hoping to collect over 7,000 toys for for kids this Christmas

LANCASTER COUNTY, Pa. — It’s that time of year again, Santa D has returned to the Columbia-Wrightsville Bridge collecting toys for kids this Christm... 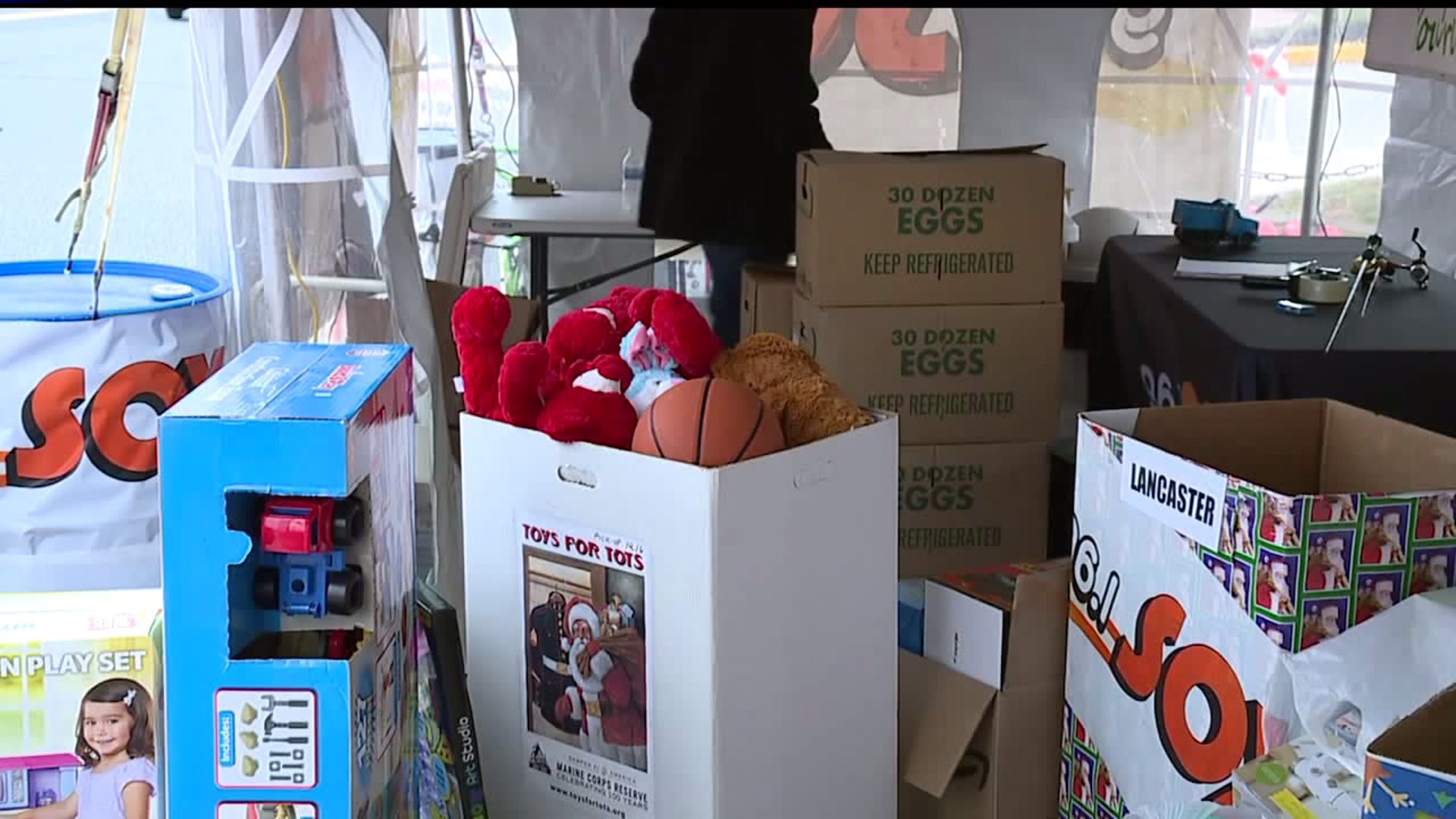 LANCASTER COUNTY, Pa. -- It's that time of year again, Santa D has returned to the Columbia-Wrightsville Bridge collecting toys for kids this Christmas.

It's the fifth year for the 96.1 SOX Toys for Tots five day Challenge.

"Santa D" also known as Bobby D broadcasts live from the Columbia side of the Columbia Wrightsville Bridge on Route 462. He's there collecting donations all week long-- that's 24 hours/day!

People can donate unwrapped toys on the Columbia side, and they will all be distributed to kids in both Lancaster and York Counties.

Their goal this year is to collect 7,500 toys or more!

96.1 has been apart of the annual holiday TOYS FOR TOTS campaign for 22 years now, with this being the fifth year for their challenge along the bridge.

Santa D says he's seen their toy challenge on the bridge grow so much since their first year doing it. Each year he looks forward to seeing the same people and new faces coming to the bridge and dropping off toys.

The toys for tots program has given out over 400 million toys in over 60 years. All holiday donations will help the U.S. Marine Corps Reserve give children in Lancaster and York Counties a present under their tree this Christmas.

The last day for their toys for tots challenge on the bridge is Friday, December 13.