24 goats need forever homes, and apparently, a lot of people want to help 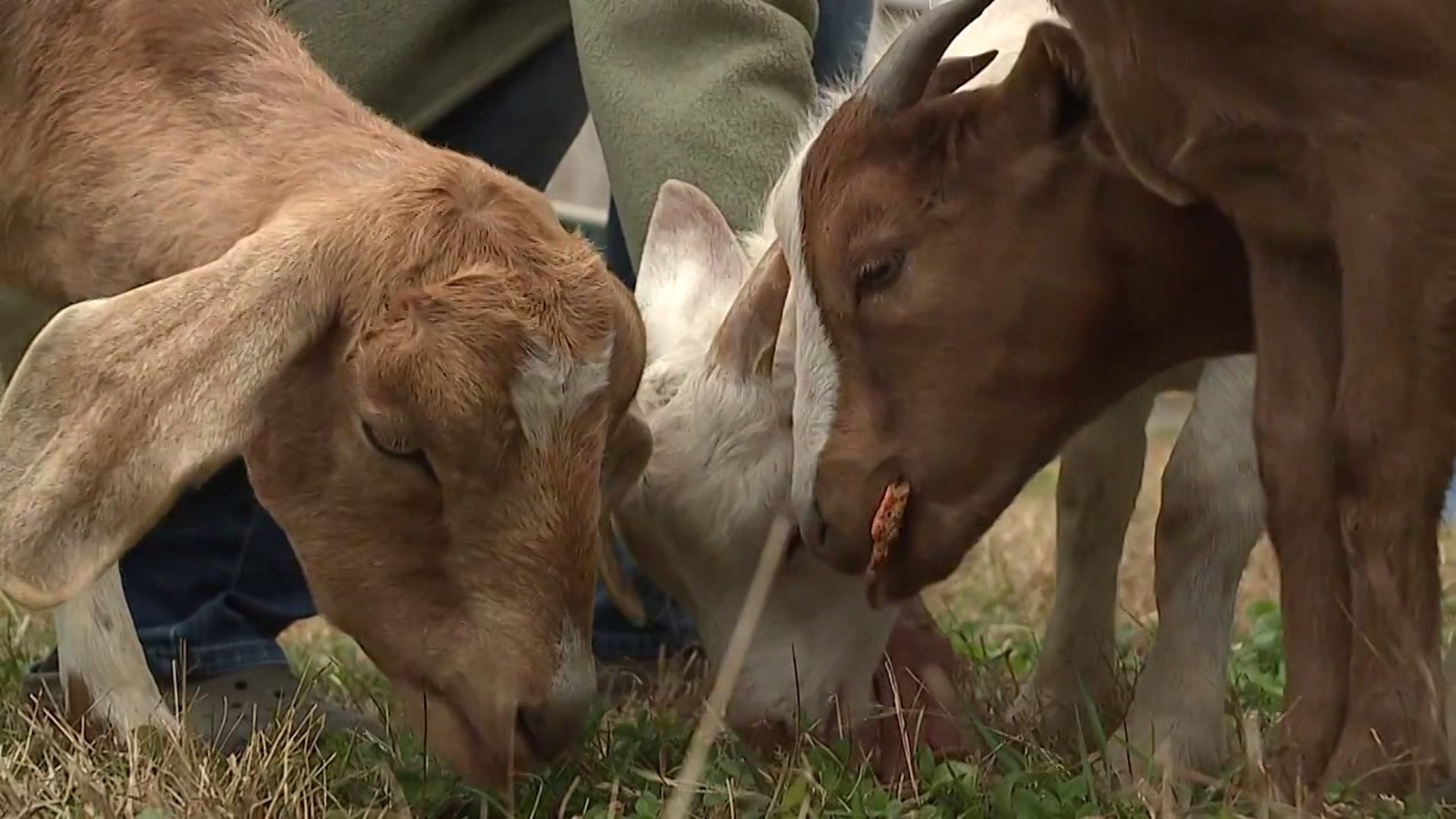 They need forever homes, and apparently, there are a lot of people who want to help.

As FOX43’s Grace Griffaton explains, they won’t be adopted out to just anyone.

The owners of Animal Rescue Inc. have their hands full.

“They were rescued for a reason, not to be food, to be companion pets," explained Grace Froelich, one of the owners.

Froelich says she won't adopt them out to just anybody.

“I really don’t want to send them far away. I like them to be close by," she said.

Can you blame her?

“Oh my gosh, everybody has a personality, and it’s not an animal you can put out to pasture and just forget about," added Froelich.

That's why Froelich will only adopt the goats to people who have ample space.

“They like pulling down trees," said Froelich. "That’s enjoyment to them. That’s how they like to eat."

The new owners of the goats are going to have a lot of green around; the goats eat lettuce, celery, brussels sprouts.

“They’re sentient beings. People have told me, ‘well, they’re meant for eating,' and I don’t see their view. I just tell them, ‘sorry, we have a different of opinion,’” explained Froelich.

Unfortunately for any wannabe goat owners who haven’t yet applied, the rescue has received so many adoption offers, Froelich says they can’t accept anymore.

Now, all that’s left is to pick out the best ones.

Curious how you can help? Visit Animal Rescue Inc.'s website.