Update, Friday, 1 p.m.: York City Police issued an update on the case Friday morning. According to police, officers responded to the 400 block of W. College Ave... 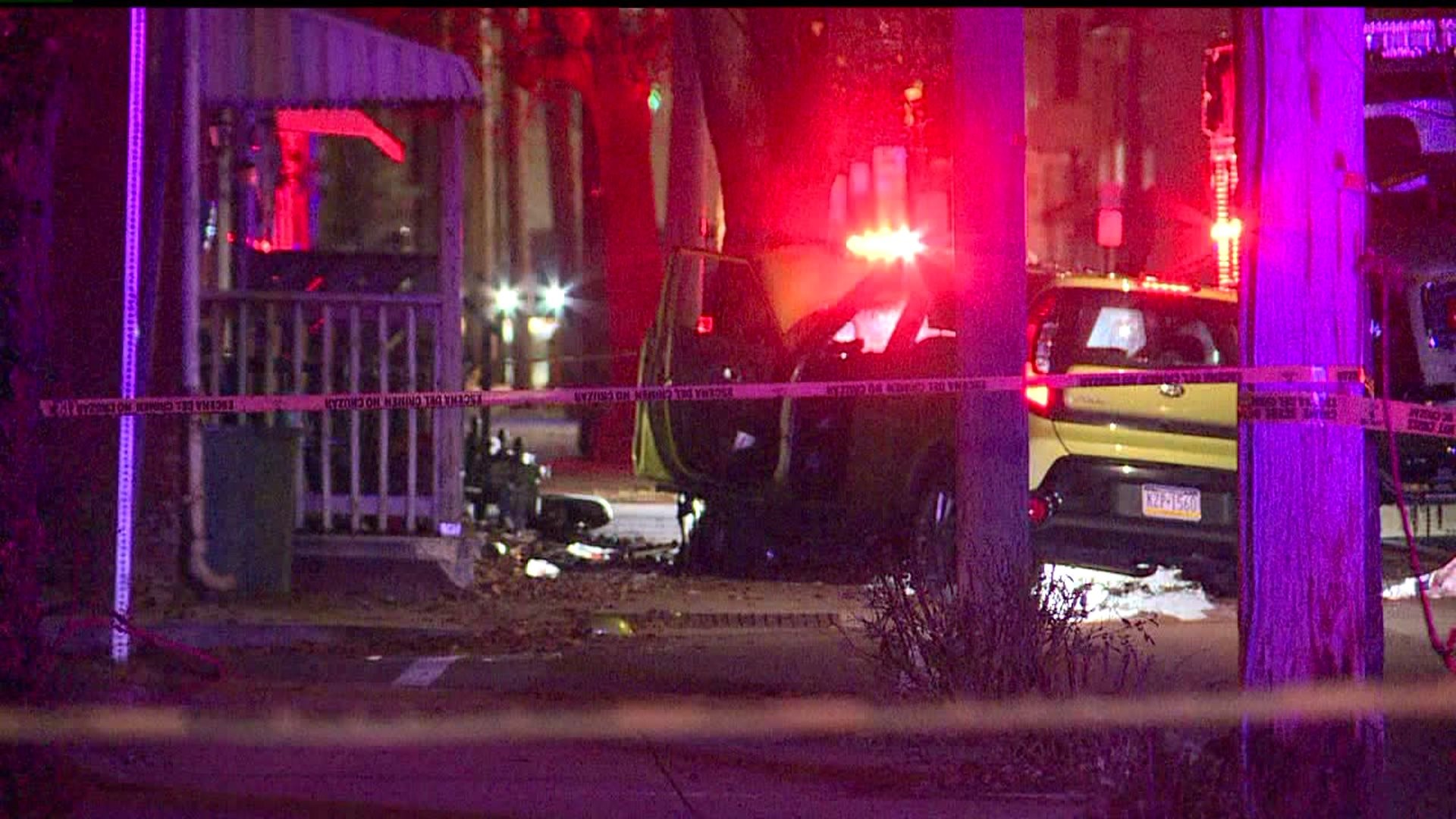 According to police, officers responded to the 400 block of W. College Ave. at 5:01 p.m. for a reported shooting. They arrived to discover a green Kia Soul occupied by Shoemaker and a 17-year-old male whom police have not yet identified. Both were suffering from gunshot wounds, police say.

The victims' vehicle had struck a white Volvo and then a tree, police say. Shoemaker was immediately taken from the scene to York Hospital, where she later died of her injuries. The male victim is in stable condition at York Hospital with a gunshot wound and a laceration to his head sustained in the crash, police say.

Police say while at the hospital, they later located a third victim, a 16-year-old male also from Dover. The third victim sustained a broken arm in the crash but left the scene before police arrived. His injury was sustained in the accident and not from a bullet, as initially believed, police say.

Police say their investigation revealed the Kia had been driving west on College Avenue in the area of South George Street prior to the incident. At some point in the area of College and Beaver streets, police say, an unknown suspect fired from another vehicle into the victims' car. The suspect vehicle then fled the area, police say.

The victims' car continued traveling west on College Avenue until the time of the accident, according to police.

Investigators do not believe the incident was random. The incident remains under investigation.

Anyone with information is encouraged to contact York City Police.

Today, as the Dover Area School District awakes and learns of the events from last evening, the district wishes to send out its condolences to the family and friends afflicted by this tragedy. The district has additional counseling staff on hand to support our students and staff today as well as in future days as needed. We encourage parents to speak with their children and seek support when needed.

YORK -- A 17-year-old Dover girl died at York Hospital Thursday evening after a shooting in York City, according to the York County Coroner's Office.

The coroner's office said that Emily Shoemaker, 17, of Dover, and another person were in a vehicle when the car was impacted during a shooting around 5 p.m. The vehicle came to a stop in the 400 block of West College Avenue.

The two people were transported to the hospital and Shoemaker died at 5:45 p.m.

NEWS UPDATE: @YCoCoroner is now releasing the identity of the 17 yo female who died at York Hospital after an evening shooting last night as 17 yo Emily Shoemaker of the 4000 block of Leah Ave., Dover. Shoemaker was a student at Dover HS. School authorities have been notified.

The York County Coroner noted that Shoemaker was a student at Dover High School.

In total, three victims were shot, according to police. One was a 17-year-old boy, a York City official confirmed. Another individual was taken to the hospital via private vehicle.

Anyone with information should contact police in any of the following ways:

This story has been updated from its previous version.