HARRISBURG, Pa. — Three days of critical hearings began at the state capitol Wednesday morning. More than 100 people who hope to have a crime pardoned mad... 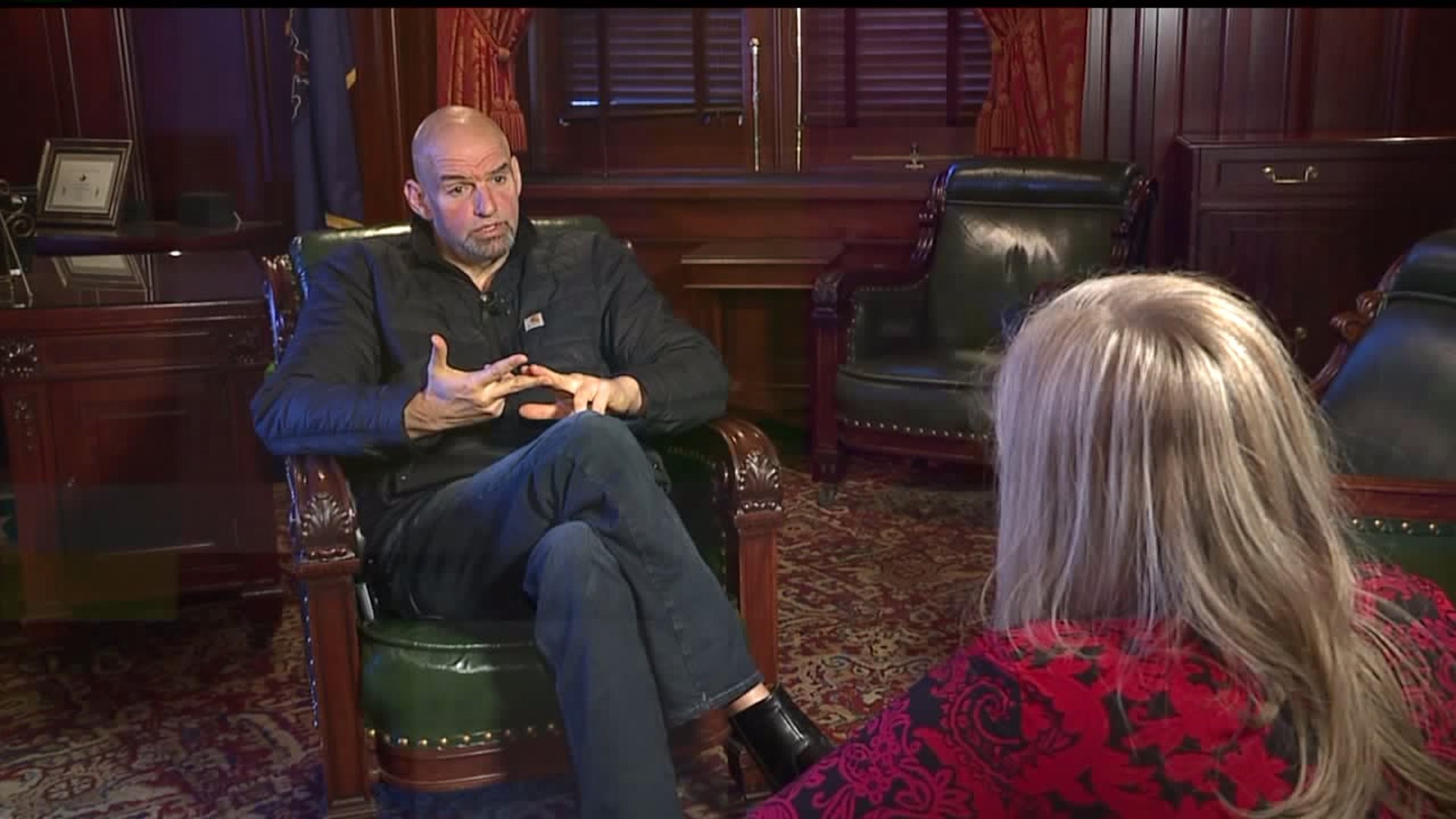 More than 100 people who hope to have a crime pardoned made their case before the Pennsylvania Board of Pardons. A total of 131 people spoke to the Board.

On Friday, 15 people who are serving life behind bars will look to have their sentences commuted.

This morning, FOX43's Grace Griffaton sat down with Lt. Governor John Fetterman ahead of the hearings.

Fetterman is particularly interested in commutations for second-degree murder cases where the inmate didn’t take a life.

Such convictions include some cases where a person participated in a crime resulting in a homicide, but didn’t “pull the trigger," Fetterman says.

He says those charged with second-degree murder often serve more time than the person who physically killed the victim.

“Is justice, ‘Well, you were sitting in the getaway car, you had no idea what’s happening, you should die in prison, along with the person who pulled the trigger?’ I don’t believe we should," said Fetterman. 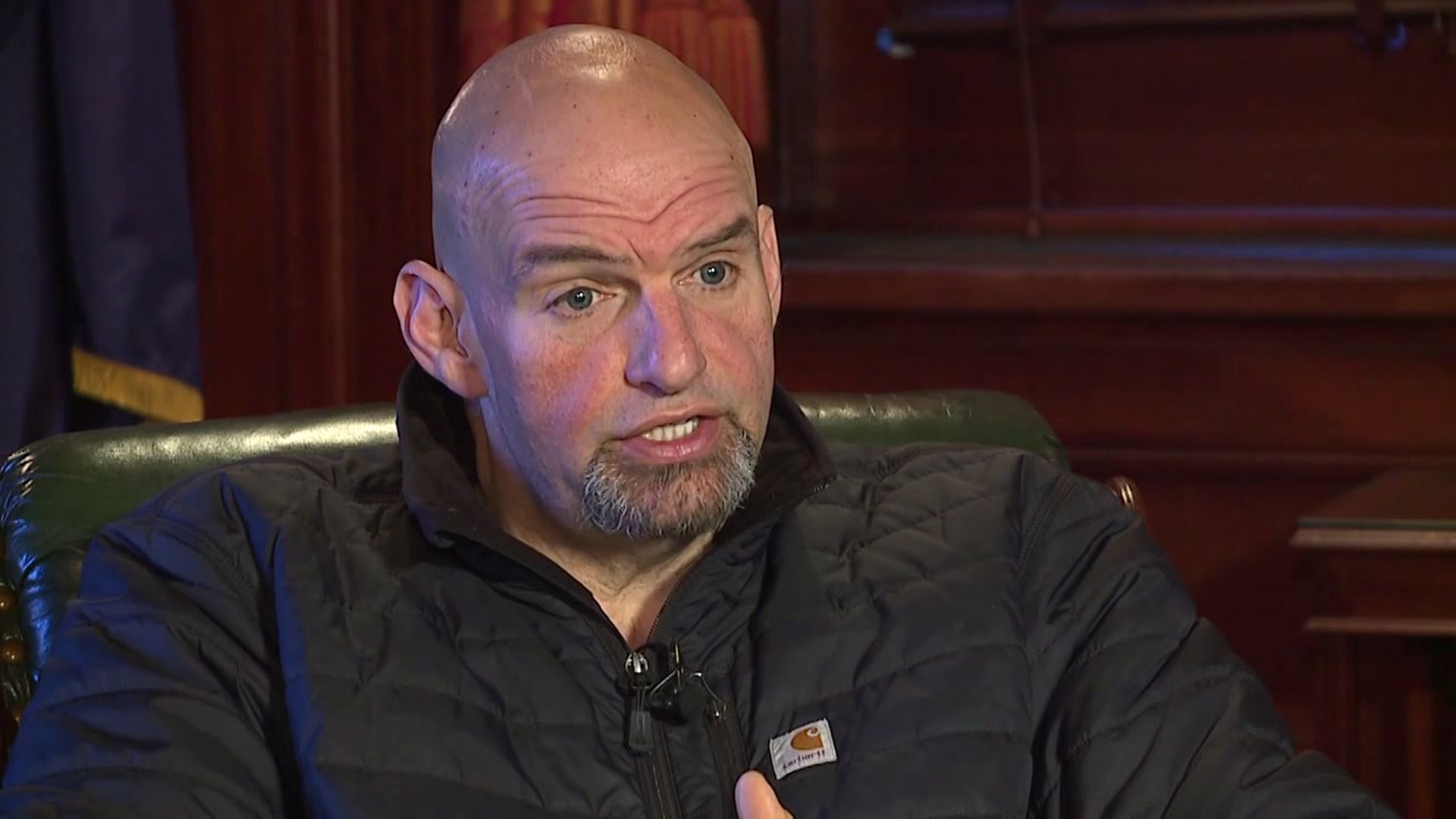 Some people ask, 'why give someone convicted of murder a second chance?'

"You would be surprised how many times there is this gross mismatch," added Fetterman.

The Lt. Governor says the 70-year-old man has served 40 years from his role in a deadly robbery in 1978.

Fetterman says Haas' brother stabbed the victim, and a female accomplice shot him. Haas spent the most time in prison by far, according to the Lt. Governor.

To have a life sentence commuted, there must be a unanimous vote in favor by the Pennsylvania Board of Pardons. 5 people make up the board, including the Lt. Governor.

"We interview these inmates. We examine their prison records," explained Fetterman. "We allow and encourage victims to testify so it's not just simply, 'well let's, look through this file. It's a very comprehensive in-depth deep dive."

Fetterman described the hearings as wrenching; prisoners make their case before the board and family of the victims provide testimony.

Of the 15 prisoners who are making their case before the board, three are from South Central Pennsylvania, including 59-year-old Edward Printup with 38 years in prison and 61-year-old Jose Nieves with 42 years served.

"The longest serving one that we've commuted is 52 years, and that is an astonishing figure for me personally as somebody who turned 50 years old this past summer," said Fetterman.

As for why he is in favor, Fetterman points to the price of imprisoning elderly lifers. He says it can cost more than $70,000 a year to keep them in prison.

He also says lifers must also have exemplary behavior in prison and substantial remorse for what they have done.

On the other side of the spectrum, some people wonder, 'can't the prisoners be released and commit more crime?'

"First and foremost, it would catastrophic and personally devastating to me if somebody hurt somebody. There is always that possibility theoretically, but thousands of people are paroled so the vast majority of inmates actually cycle through, and they they reemerge so this idea that this is only unique to the commutations process is it's just simply not true," responded Fetterman.

When it comes to pardons and commuted sentences, ultimately the governor has the final say.

Governor Tom Wolf has commuted the most life sentences since Governor Bob Casey left office in 1995.

Read more about the Pennsylvania Board of Pardons here.