Which sunscreens are dangerous and why?

Four Neutrogena sunscreens and one Aveeno sunscreen spray have been voluntarily taken off shelves after traces of cancer-causing chemical benzene. 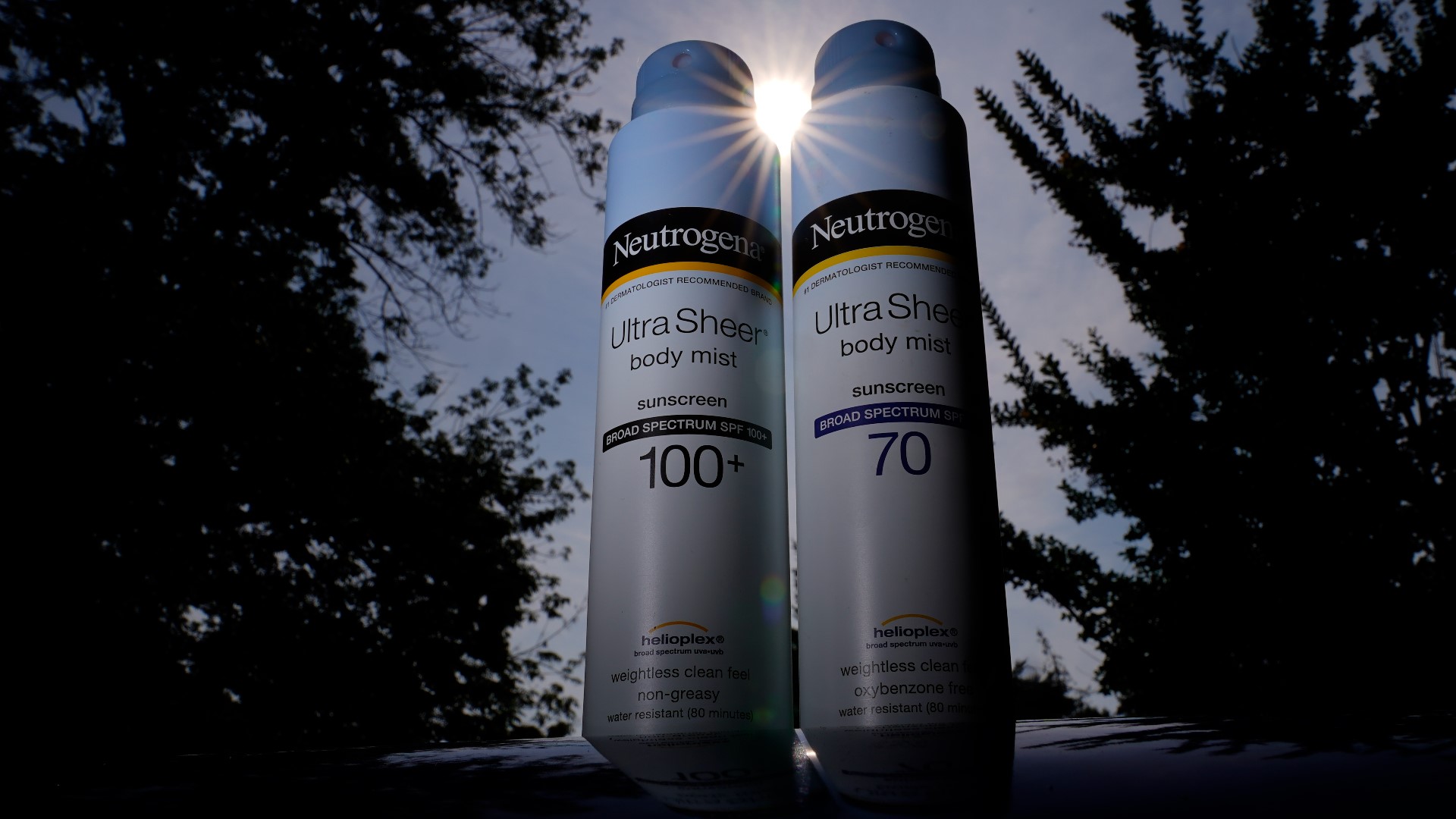 YORK, Pa. — It can be a ton of fun in the summer sun, as long as you use sunscreen to prevent its harmful rays. An investigation by online lab Valisure, though, found 78 popular aerosol sunscreens contained the cancer-causing chemical benzene.

"We are trying to protect ourselves and in essence we are actually harming ourselves," Heather Henning of Adams County said.

After years of living with health problems, she decided to make a career out of clean living. She opened "Remarkable You Wellness" in Abbotstown as a Certified Natural Health Professional.

"Benzene is not necessarily an ingredient in sunscreen but it is found in sunscreen," Henning said.

How did benzene get in the products?

So far, nobody knows.

Johnson & Johnson has since voluntarily recalled four Neutrogena sprays and one Aveeno spray and issued a statement saying they are investigating to find the cause.

"You can inhale it, you can ingest it, it's on your skin, you're absorbing it, the aerosols specifically, now you're also breathing it in,"  Henning said. She also said there is no safe amount of benzene when applied to the skin, even though the FDA does allow it to exist in levels of 2 parts per million. Henning said that may seem like a small amount, but consider this: "If you think of all the things we are exposed to, every day, all around us, and you start compounding and adding to the body, now it's not so small. Now it's not trace amounts," she said.

So how do we know if the sunscreen we have is safe?

Henning says, you don't and that's exactly why she now makes her own. She also introduced us to The Environmental Working Group. You just go to their website, type in a product name and then see how safe they deem it on a scale of 1-10. It also lists specific reasons why. Even then, she says, you have to be your own advocate.

Experts say the most important thing to remember is that this recall is not a reason to stop using sunscreen, which prevents skin cancer.

To check out the Environmental Working Group, click here.

Here is the list of sunscreens Johnson & Johnson are recalling out of an abundance of caution: