Why cryptocurrency? Central Pa. young adults share what draws them to hypothetical money

Cryptocurrency has been having a bit of a moment. But how does it compare to more traditional investment methods and why are young people so interested? 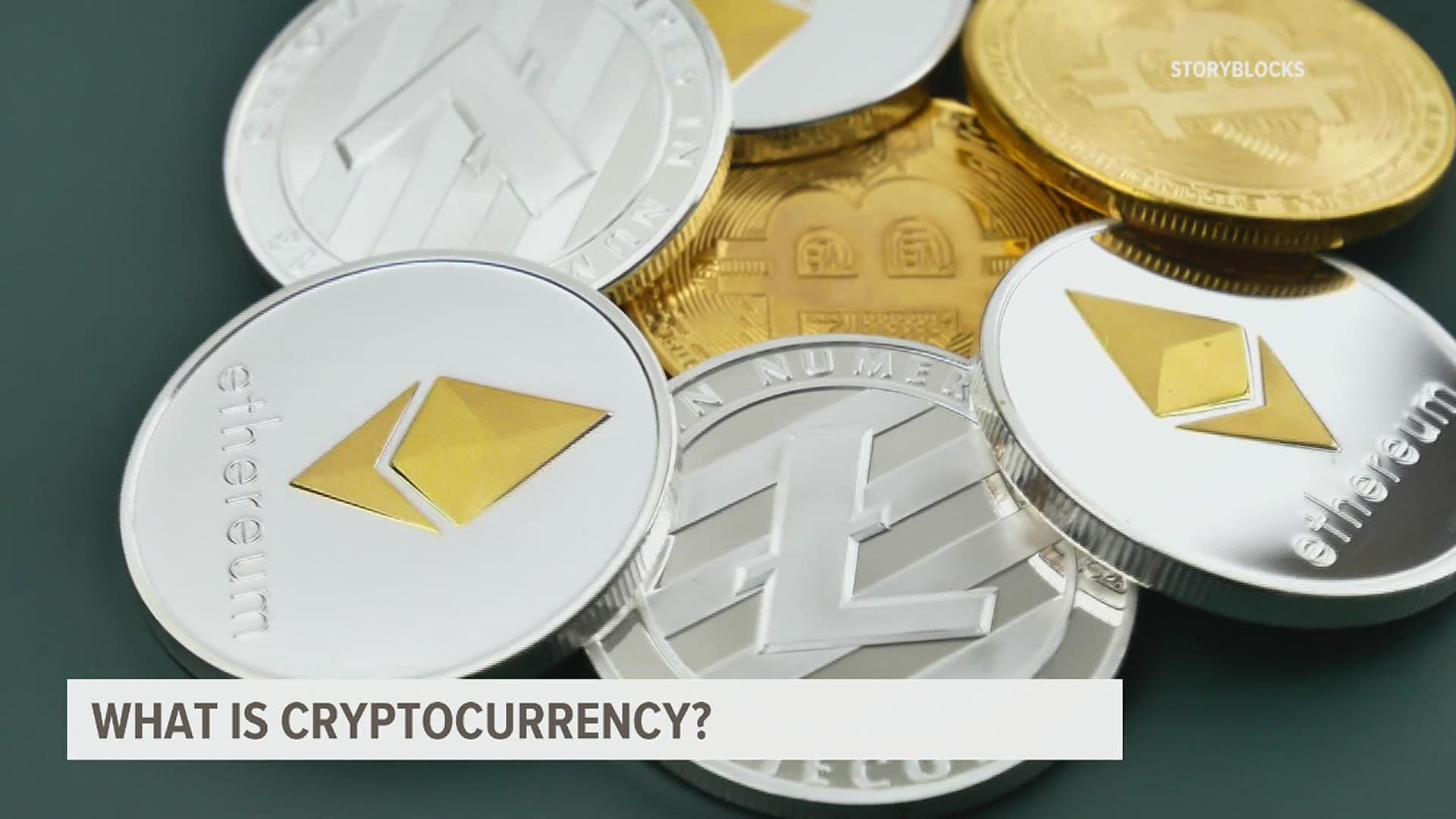 Cryptocurrency has been having a bit of a moment.

In the past decade, the digital currency has risen from something only discussed in the shadows of the internet to a major market mover and valid payment option. But what is it?

In short, cryptocurrency is just another way to hoard wealth and pay for things. As NerdWallet puts it, "cryptocurrency is a form of payment that can be exchanged online for goods and services."

Cryptocurrency works using a technology called blockchain. This technology is decentralized, and spread across computers around the world that somehow manage to record and manage transactions. Part of the appeal is that these transactions can be made anonymously, unlike traditional banking methods.

This year in particular has brought the digital currency to the forefront of the public's mind. In January, after Reddit stock traders shook the investing world up by managing to make GameStop's stock jump to 10 times experts' valuation, they moved onto a new project: making a meme turned cryptocurrency soar.

Dogecoin, the digital coin that was created as a joke, gained a massive amount of traders and advocates, thanks in part to Tesla Founder Elon Musk tweeting about it so frequently. Suddenly, people knew about a digital coin that features a Shiba Inu dog with nonsensical words and phrases around its head.

So, despite the fact that cryptocurrency did gain some traction since let's say, Bitcoin was founded in 2009, people really started talking about it this year. And despite the discussion, many are still confused as to why people would use, let alone invest, in this new currency. This is why four local young adults decided to share what draws them to hypothetical money.

Why are young people so attracted to cryptocurrency?

He started investing in 2017 when he first heard about blockchain technology and became intrigued. Dillman didn't completely understand how it worked, but he decided to throw some money into the market. When he "snagged a couple of them," Dogecoin was at 2/10ths of a penny—a super cheap investment, which is part of the reason why young people are so drawn to it.

Dillman also thinks that the reason cryptocurrency is so popular among young people is because, in his opinion, it's much easier to understand. He says that investing in cryptocurrency is more "liquid" and he likes that it's safe from inflation because there's a cap on just how many coins there are.

Dillman also just inherently believes in blockchain. As he pointed out, companies are using it for all sorts of things: healthcare workers are using it to create a database of all clients across the globe, for example, and marketing firms are storing more data about all of us to better sell to each person. It's more than just his beliefs, however.

He crunched some numbers for our interview: since January 1, 2020, of the four cryptocurrencies he's invested in, the lowest return he's gotten is 360%. The highest, a whopping 17,000%.

"If you can find me another asset that's as liquid as cryptocurrency that's going to return 360% over 18 months, let me know," he said.

He also started investing young, just after his 19th birthday. He says that the reason he's invested in them is because he tends to put his money into things he thinks will be major markets in the future. In addition to cryptocurrencies, he's also invested in electric car companies and cannabis businesses.

He studies business management and industrial technology at HACC, Central Pennsylvania's Community College, and is currently in the process of transferring to Penn State York.

Spindler started investing in Dogecoin and Bitcoin in his senior year of high school when a teacher mentioned the Robinhood app to him. You know, the investing app that had to halt trading on GameStop because a bunch of Reddit users figured out a way to temporarily game the system?

Spindler still isn't completely convinced that cryptocurrency is the smartest investment option. To him, long-term investments like a Roth IRA or a 401(K), are the way to go if at all possible. But, he still threw some money into cryptocurrency because to him, "having a little bit of everything," never hurts.

"If I have a little bit of everything, and it all goes up a little bit, I'm not going to be a billionaire, but I'm going to make a little bit," Spindler said. "That's what it is all about, right?"

He went on: "If you don't have a tight budget, I would throw a couple of dollars into cryptocurrency."

Ali Khan, a 23-year-old recent graduate of Franklin & Marshall College, isn't totally convinced cryptocurrency is the way to go either—and he worked with a cryptocurrency hedge fund for a year.

In Khan's words, however, he was responsible for raising venture capital and devising strategies that were tied to traditional assets: making plans and raising money.

Khan isn't currently invested in any cryptocurrencies personally, but has exposure to Bitcoin, Ethereum, and many other digital coins.

Khan thinks that investing in cryptocurrency can get messy if you're not careful.

"Because it's such a volatile asset class, if you don't know what you're doing, the odds are you're going to lose out on money as opposed to making it," he said.

Khan spoke a bit about why he thinks young people are so attracted to digital currency. He said to consider Bitcoin, which was only released 12 years ago.

If you're a person like Khan described his old boss to be, you can be 23-years-old, have six years of experience, and be one of the most knowledgeable people in the cryptocurrency field.

Cryptocurrency hasn't been around nearly as long as the stock market, so there's not as many "experts."

Khan also said that people, himself included, are attracted to the notion of cryptocurrency because it's something new and exciting, and it sort of has this reputation of being "easy money."

Also, the United States had been in a 10-year bull market prior to COVID-19 hitting the country, according to Investopedia. "That makes people sloppy - they think the money is just going to keep on coming," he said.

And speaking of COVID-19, Khan also believes that the rise of cryptocurrency can be tied to the economic uncertainty that's arisen as a result of the past year and half.

The same thing happened in 1929 when the stock market crashed and the United States entered The Great Depression, after all, according to the Historical Society of Pennsylvania. When the stock market fails, people get scared and look for new things to do with their money.

All four men also believe that social media has had a major affect on the rise of cryptocurrency among young people.

Dillman said that he has his own reservations about how much social media has affected the cryptocurrency market, but that it has definitely gotten more people to invest, which makes everyone take things more seriously.

Both Kemmery and Spindler credit Elon Musk for a lot of what's happened in the past year.

"He's the single-base influence on the cryptocurrency market," Kemmery said. "He has the ability to shift the market pretty quickly with one tweet."

"It's astonishing how much power one person has," Spindler said.

"Our lives without social media and technology are nonexistent," he said. "(Musk) has had a meteoric impact on the rise of cryptocurrency."

Spindler also thinks that interest in cryptocurrency has gained traction because you can trade, invest, and mine it all on your phone.

"Our generation is all online," he said. "The ability to buy stocks on my own phone is a huge game changer and I think that's what has really allowed the takeoff of cryptocurrency."

"Our lives without social media and technology are nonexistent," he said. "(Musk) has had a meteoric impact on the rise of cryptocurrency."

Spindler also thinks that interest in cryptocurrency has gained traction because you can trade, invest, and mine it all on your phone.

"Our generation is all online," he said. "The ability to buy stocks on my own phone is a huge game changer and I think that's what has really allowed the takeoff of cryptocurrency."

Our interviewees' advice on cryptocurrency

If you're a young person who's interested in getting into cryptocurrency investing, all four of these men also have some advice for you. And chief among this advice is basically to just do your research.

Dillman said to prepare for it to not be stable; cryptocurrency should be viewed as an investment—buying something that you think will be useful in the future.

Kemmery said that before you invest, study up on blockchain, because you should know how something works before you go throwing your money at it. Both he and Spindler said that reading up on the different coins that are out there—there were over 4,000 as of January 2021, after all—and figuring out which sounds like that best investment to you, is also a good strategy.

And Khan concluded with a warning: "the markets are in part psychology; if everyone and their mother is investing in something, there's something off about that asset class."