The latest batch of federal Economic Impact Statements was sent out on April 22 and included nearly $1.2 billion in nearly 700,000 “plus-up” payments. 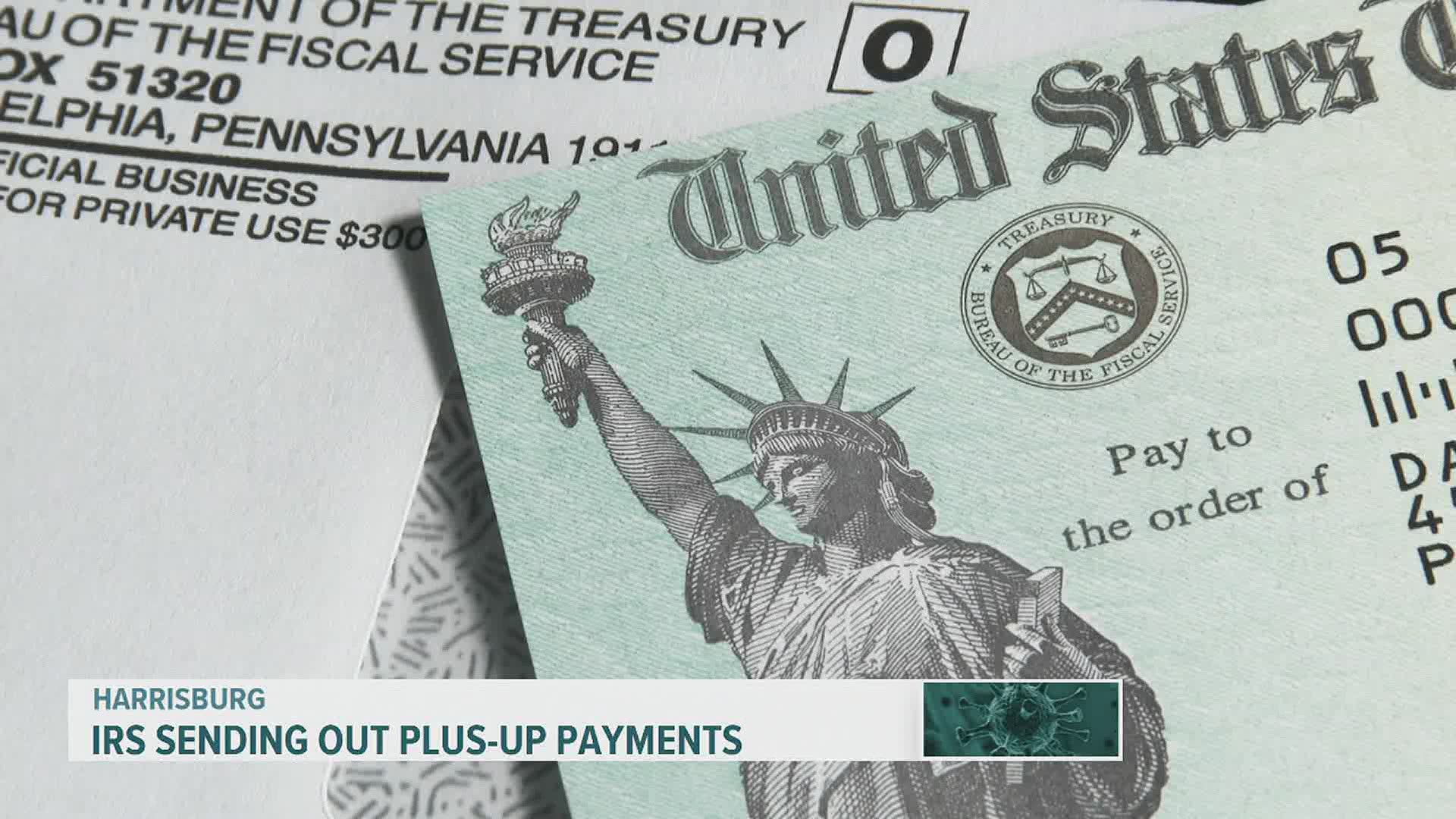 HARRISBURG, Pa. — The latest batch of federal Economic Impact Statements was sent out on April 22 and included nearly $1.2 billion in nearly 700,000 “plus-up” payments, according to the IRS.

Plus-up payments are additional stimulus funds sent to those who became eligible for more money after their 2020 tax returns were processed.

The IRS began sending out the third round of stimulus checks in January, before most people filed their 2020 tax returns.

Several changes from 2019 tax returns could make someone eligible for more stimulus money, including:

Those who earned more in 2020 than 2019 do not have to return any stimulus money.

The checks are going out now through both mail and direct deposit, but may be delayed due to a much larger IRS workload this tax season.

By law, the IRS has until the end of 2021 to send plus-up payments.

“If you don’t get it by Dec. 31, then it will be on your next year’s tax returns,” said Pat Forsythe, owner of Forsythe Tax and Accounting in Gettysburg.

Tax filers could also see a delay in receiving their plus-up payments if they entered an incorrect amount of stimulus money already received on their 2020 tax returns.

“If you put the wrong amount on there, if you said, ‘I didn’t get $500 or I didn’t get $600,’ where you actually did get and you just forgot that you got it, when it goes to the IRS it’s kicking out and saying, ‘Wait, this doesn’t match up.’ So that’s another delay,” Forsythe said.

You can check the status of your stimulus and plus-up payment online here.

RELATED: More $1,400 stimulus checks sent. Here's who's getting them.