STEWARTSTOWN, YORK COUNTY, Pa. — A first ever benefit in York County to raise awareness and money for local families whose children have special needs or ... 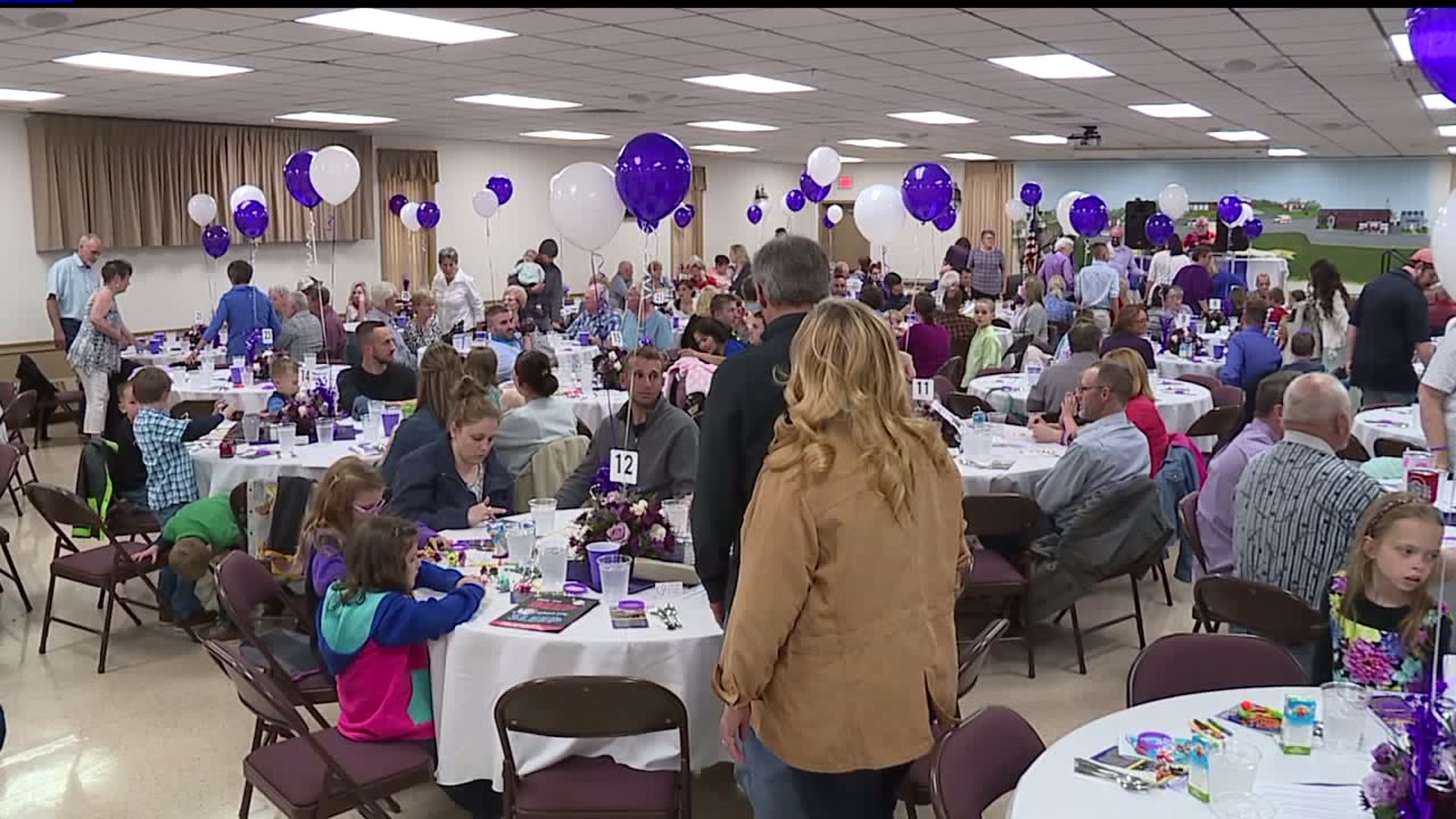 STEWARTSTOWN, YORK COUNTY, Pa. -- A first ever benefit in York County to raise awareness and money for local families whose children have special needs or terminal illnesses. Two of those families at the SLK Foundation charity dinner were so thankful more than 200 people came out to support their children.

Sean Kisielnicki is like any other 6-year-old boy, lively and full of smiles, except he has a rare disease, Hunter Syndrome or MPS II, which only a few hundred others in the United States suffer from.

"Regardless of that, he's a very happy, active little boy, who touches a lot of lives," said his mother, Trish Kisielnicki.

Hunter Syndrome is a rare genetic disease. Sean was diagnosed with it four years ago. There is no cure for the disease, just symptom management, and life expectancy varies case by case.

"Ever since then we've spent a lot of times in hospitals and traveling. We travel to North Carolina once a month for a clinical trial he's in. He gets infusions once a week, lots of surgeries, and he has a port in his spine and his chest," explained Trish.

Like the Pickel family -- 3-year-old Gracyn Rae Pickel has had epilepsy since she was four months old. She also has low tone cerebral palsy and a rare genetic makeup. The support for both Sean and Grayson was moving to the families.

"I can't believe the amount of support. It's really overwhelming. I didn't know how much it was," said Kristen Pickel tearfully.