More than two years after the Lancaster County playhouse closed, one of the former co-owner is facing more than 150 charges related theft and fraud. 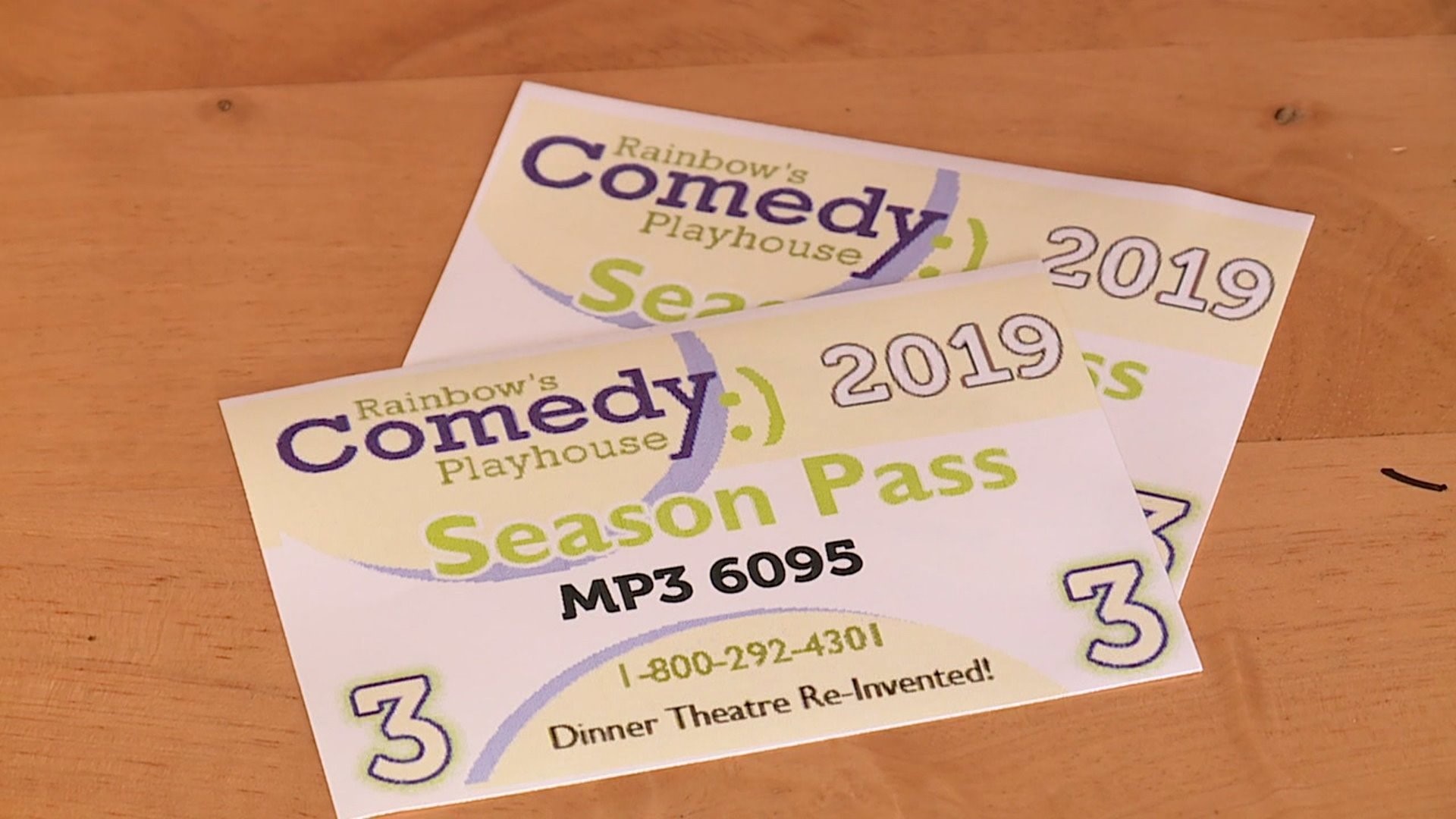 PARADISE, Pa. — A former co-owner of Rainbow's Comedy Playhouse in Lancaster County is accused of stealing money from ticket sales.

Kelly Sechrist is facing 152 criminal charges related to deceptive or fraudulent business practices and theft by failure to make the required disposition of funds received.

According to court documents, Sechrist is accused of taking money from the playhouse ticket sales for her own use.

State Police in Lancaster County says she used the playhouse credit card for more than $1,000 on car repairs and another $1,200 or so on phone bills.

The other former co-owners of the playhouse say Sechrist emptied several bank accounts tied to the venue as well.

Since the doors of the playhouse closed in August of 2019, the Pennsylvania attorney general's office received almost 200 complaints related to tickets that weren't refunded.

Mary Jo Light was one of those complaints. At the time, she said, "We're the victims because we entrusted our money and we got nothing for our money, except excuses."

People like Light lost anywhere from $100 to $1,000 when the playhouse closed.

Another person who filed a complaint with the AG just received this letter from the office that reads "Despite our efforts, we have not been able to resolve this matter at this time." Meanwhile, a spokesperson for the PA Attorney General told FOX43 Finds Out they could not confirm nor deny an investigation.

At this point, there is still no real resolution for people who are still waiting for their money back.

Sechrist is set to appear in court again on October 7th.