Are you dealing with mail delays in Pa.? Here's why USPS says is the problem | FOX43 Finds Out

People in south-central PA say they are waiting days or even weeks for their mail to arrive. FOX43 Finds Out what the USPS is doing to fix the problem. 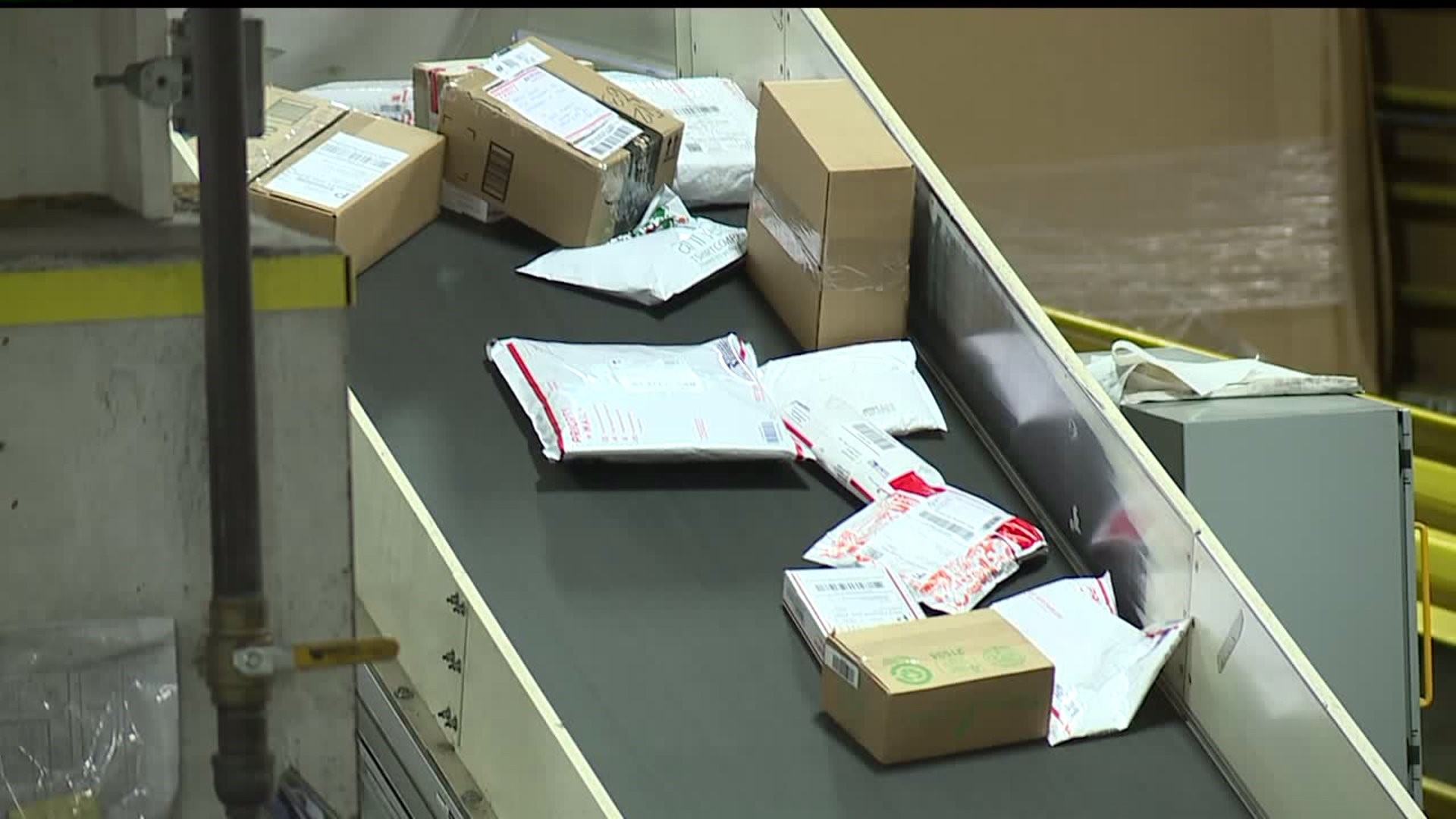 FAIRFIELD, Pa. — There are a lot of empty mailboxes across Central Pennsylvania.

Cheri Gainor lives in a rural part of Adams County and says it can take weeks for mail to be delivered to her house. She said, "I don't get a lot of mail, and when I do it seems to be piled up."

Several people have posted on Facebook about waiting days or longer to get mail they know should have been delivered sooner.

Gainor said, "I'm hearing from people all over that this is an ongoing problem with the postal service. Is it a shortage of workers?"

That's what the United States Postal Service says is the problem.

Laurie McKinsey with USPS said, "We're looking to fill more than 300 positions in the PA-1 district which goes from western PA to the 179 zip code."

The biggest need is in the Harrisburg and Lancaster areas. The agency recently held a job fair and is advertising all over the place to attract workers.

"It's difficult though because of the lack of staffing, not just because of covid but with the unemployment issues within the state and such so that directly goes into the mail processing and delivery of everything, so we're trying to get the staff up so that we can provide the service that we usually do."

While people wait for their packages and letters, the USPS has raised the prices for first-class mail.

FOX43 Finds Out put the timetable to the test. We had Gainor send us some mail from different locations and we did the same.

All of that mail arrived in about three to five days, which is about average.

Still, Gainor says other packages have been delayed adding, "Somebody has to be made aware of what's happening."

State leaders point to a worker shortage and proposed changes as the problem.

Pennsylvania Attorney General Josh Shapiro out been outspoken USPS delays. He points to recent changes from the top when we reached out about this story. His office sent the following statement:

“Mr. DeJoy should be focused on doing his job to deliver the mail on time instead of making excuses. USPS is a public service and it is required to reliably deliver Americans everything from prescription drugs to important documents.

Under Postmaster General DeJoy's leadership in 2020, the USPS adopted cost-cutting policies that resulted in significant mail delays. I applaud the men and women of the Postal Service who have worked tirelessly to deliver necessities to Pennsylvanians through a global pandemic and despite obstacles from leadership.

Postmaster General DeJoy has offered one excuse after another, but the truth is that it was his own misguided decisions that led directly to the mail slowdowns that began last summer and continue to this day.

My office continues to fight back against these illegal changes to keep the mail running on time.”