FOX43 Finds Out: how to stop surprise medical bills

A group holds a virtual rally to advocate for an end of surprise medical bills in Pennsylvania, especially during COVID-19. 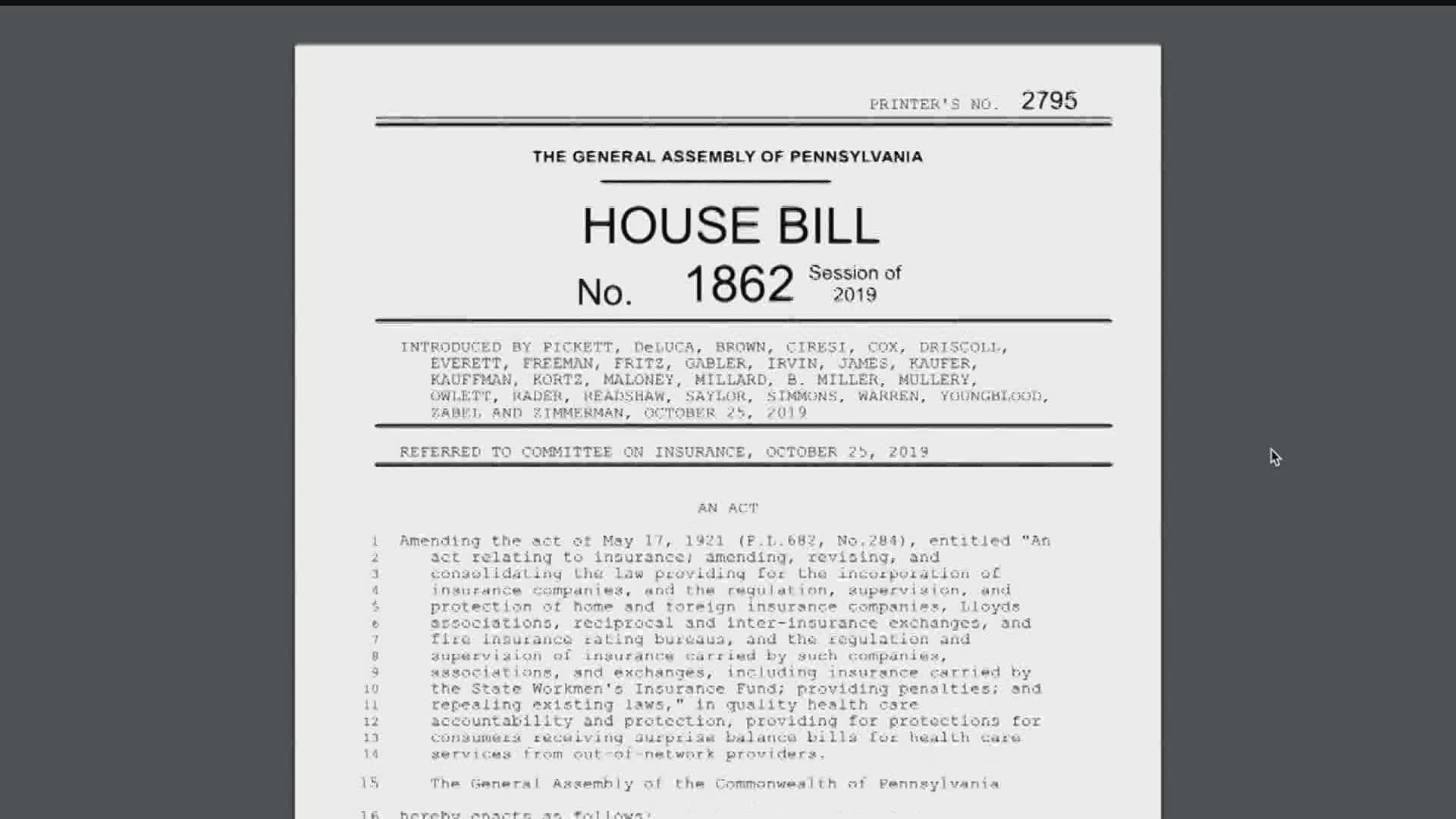 "No Pennsylvanian should forgo testing if medically necessary for any reason, including fear of what it might cost."

That's the message from Pennsylvania’s Insurance Commissioner when it comes to protections for consumers during the COVID-19 pandemic.

However, as FOX43 finds out, even if COVID-19 is covered, people may still end up with a surprise medical bills.

"In the midst of a public healthcare crisis, when people are worried about how to pay bills, put food on their table, the last thing someone should worry about is a surprise unexpected medical bill," said Antoinette Kraus, Executive Director of the PA Health Access Network.

She says 1 in 3 Pennsylvanians have had a surprise medical bill.

She says the steps insurance companies are taking now are good, but not enough.

"While we have seen an agreement that individuals will not receive a surprise medical bill for COVID-19 treatment, this is just one patchwork step. It doesn't guarantee consumer protection in the long run," said Kraus.

That bill would protect consumers who think they are getting treated by someone in-network, only to find out after the fact - they were not.

"The hospital that I chose and the doctors that I chose were all in-network with my insurance company. However, this neonatologist who I had never met, who was providing very needed medical care to my daughter while I was in surgery, was not in-network." Katie Burlan of Coopersburg, PA said that's what happened during the birth of her daughter.

She was hit with a $3,000 medical bill she wasn't expecting and her insurance company did not want to pay the bill.

It took a long time to appeal, and three tries, before the insurance company paid the bill.

"I work in the medical community so I know about the appeals process already, so that provided me with the opportunity to be able to appeal this bill that I think many people would not have had."

Currently, several other states have a law already on the books to protect consumers in similar situations.

HB1862 has bi-partisan support and has passed out of committee unanimously.

It is now sitting on the House floor waiting for consideration.

RELATED: FOX43 Finds Out: How to cancel a gym membership during COVID-19 with no penalities

The Pennsylvania insurance department says it has received numerous complaints about surprise medical billing over the past few years. The commissioner sent FOX43 Finds Out the following statement:

"Given Governor Wolf’s and my priority of consumer protection, and the Wolf Administration’s goal of expanding the accessibility of affordable health care, the department has invested time and energy in delving into the issue of surprise balance billing and working toward a resolution.

Strong bi-partisan legislation has been introduced in both chambers of the General Assembly that the department supports. We are appreciative of the work that the legislature has put into resolving this issue of critical importance to Pennsylvania’s consumers and look forward to supporting the Committee. While there remain challenging issues that will be difficult to achieve consensus on, Pennsylvanians need and deserve protections from these surprising and often financially devastating bills.

The Insurance Department has received numerous complaints about this practice over the past few years. We have heard from consumers who had done their research and thought the providers and facilities they received care from were all in-network, only to find that despite their efforts, they received unexpected and upsetting bills. This is because somewhere in their treatment, an out-of-network facility was used, or an out-of-network provider participated in their care.

In many instances of surprise balance bills, the consumers did everything right: they checked that their hospitals and surgeons were in-network, and some even reported calling the hospital or their insurance company before receiving care to confirm the in-network status of their providers. But, despite these best efforts, they received a significant surprise bill. Our health care system is complicated enough as it is, and consumers who do their best to navigate it in good faith deserve to be protected from costs that cannot be predicted and therefore cannot be avoided. If the General Assembly enacts legislation to address this issue and take consumers out of the middle of disputes between insurers and out-of-network providers, it will do a great service to the people of this Commonwealth. Any approach to resolution must protect patients from surprise bills and still motivate providers and health plans to tackle payment disputes amongst themselves. Pennsylvanians, like the rest of the country, are looking for relief in solutions, especially now, which has led to today’s virtual rally." – Jessica Altman, Pennsylvania Insurance Commissioner