FOX43 Finds Out: Pennsylvanians are losing thousands of dollars to a Facebook scam

Pennsylvania State Police all over South Central Pennsylvania are getting more reports than usual of people falling for scams. 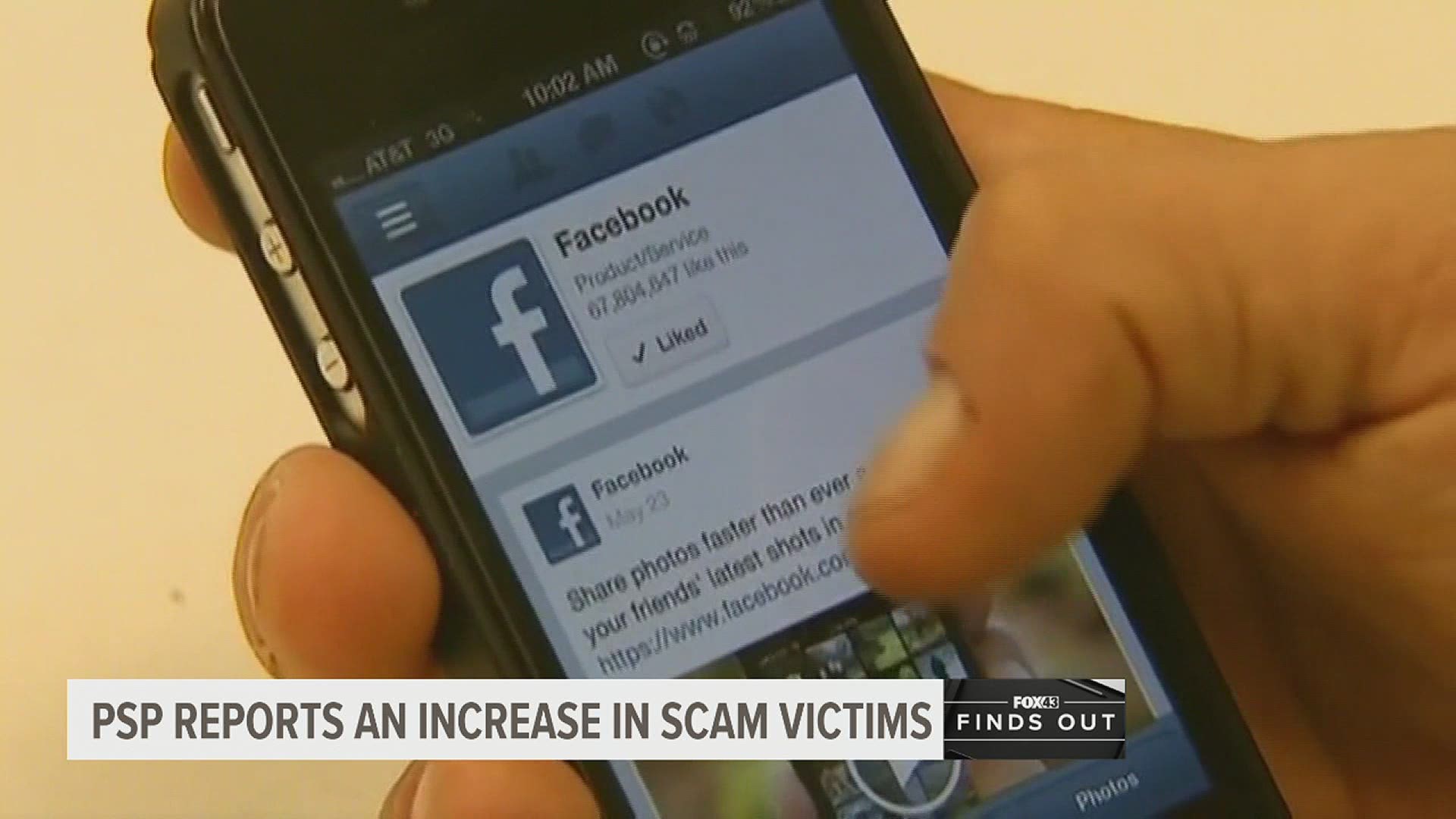 HARRISBURG, Pa. — State Police all over south-central Pennsylvania getting a lot more scam reports than usual, at least 100 so far this year.

FOX43 Finds Out which scam is most common right now and how to make sure you don't become the next victim.

Pennsylvania state police say one scam a lot of Pennsylvanians are falling for this year is on Facebook.

"People making fake accounts that are your friends on Facebook. It might just be someone that your acquaintances with and you think that they need help. They're trying to get people where it hurts and that's by saying your family is in trouble or you're in trouble and that's commonly what we are seeing," said Trooper Ammerman.

Many of us post photos of our families or activities on our social media pages.

It's easy for scammers to take photos, pretend to be you and trick your friends.

Are you sure you know your Facebook friends?#FOX43FindsOut chats with @PSPTroopHPIO about how a scam on social media is costing Pennsylvanians thousands of dollars, coming up @fox43 #firstat4. pic.twitter.com/eaj0hg0fin

Troopers say people in our area have lost a lot of money to these scams.

Make sure your profile is set to private, that should make it harder for people to make a fake account in your name and never ever pay in gift cards.

Of course, that's not the only scam out there right now and there are plenty more just like it.

If you think you're a victim, be sure to file a complaint with the state attorney general's office or FTC.