While energy experts say it's unlikely PA would be in a similar situation as Texas, FOX43 Finds Out it's not impossible. 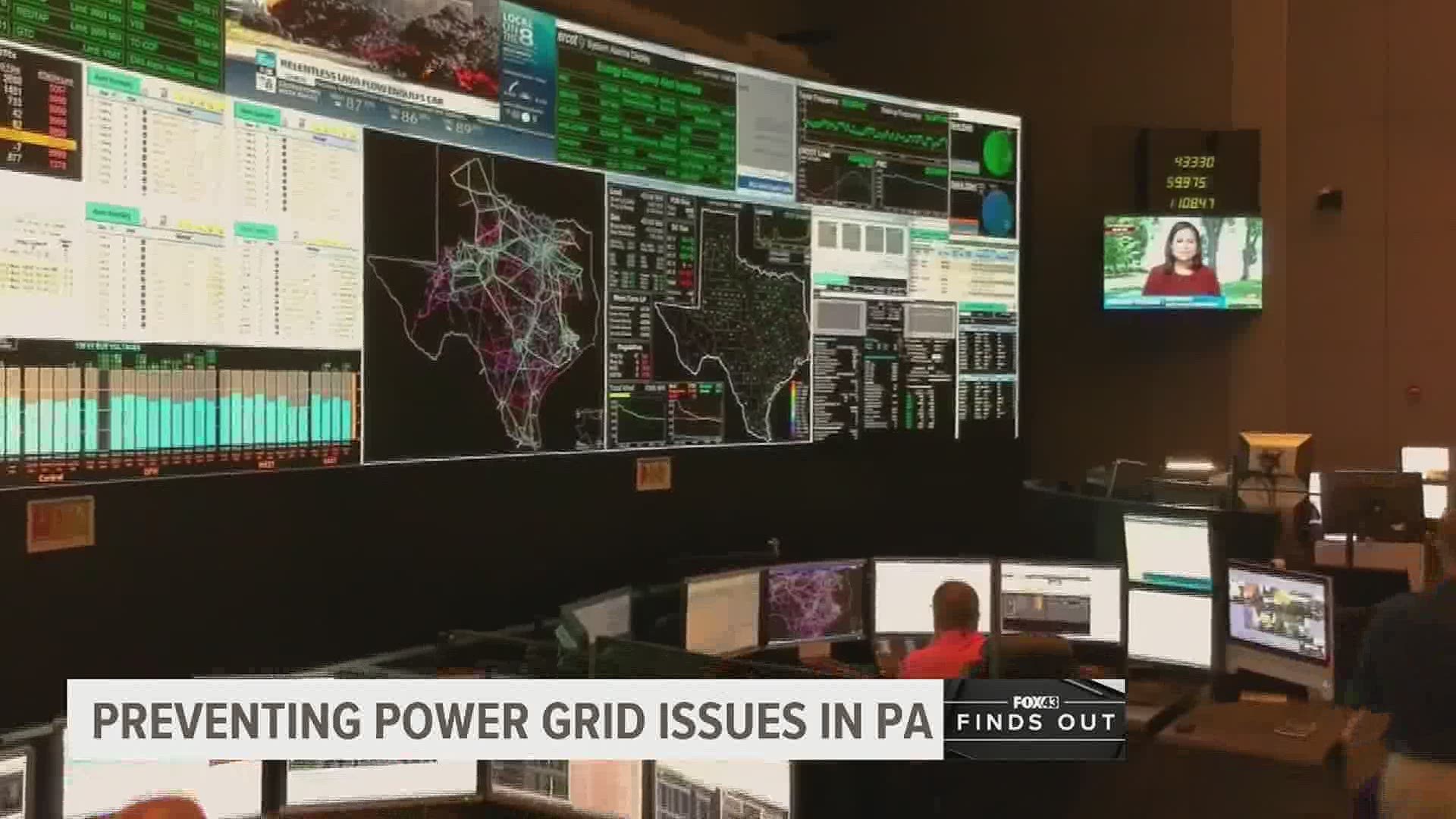 PENNSYLVANIA, USA — "I wish that I could say with 100% certainty that Texas can't happen in Pennsylvania, but I don't think I can do that," said Stephen Bennett, a manager at PJM Interconnection.

That energy expert is talking about the massive power outages that happened in texas earlier this year during a winter storm.

It doesn't matter if you lose power or not, you could still have to pay the price for a massive power outage like Texas dealt with back in February.

FOX43 Finds Out if something similar could happen in Pennsylvania and what you can do to make sure you don't get stuck with a massive bill.

One family in Texas paid more than $3,000 for an electric bill for only 18 days this past winter.

Electricity prices have stabilized a bit in the lone star state, but people are still feeling the impact of the winter storm that knocked out power and overwhelmed the Texas power grid.

Here in Pennsylvania, people want to make sure something like that - never happens in our state.

"What I can tell you with 100% surety is the people at PJM are working every day to make sure that it doesn't," said Bennett.

PJM is the regional grid operator for Pennsylvania and about a dozen other states.

That's the company responsible for getting electricity from power plants into your home.

It's also known as the "generation" part of your electric bill.

Because PJM deals with a bunch of other states, energy experts in Pennsylvania say it's unlikely the commonwealth would deal with a power grid failure.

What is Pennsylvania doing to make sure what happened to Texas' power grid doesn't happen here?#FOX43FindsOut tonight on @fox43 news at 10. pic.twitter.com/Z6CNYK6tqY

Bennett said, "In the event that we're impacted with extreme weather the way Texas was and if we were running short on reserves for a generation or things like that, unlike Texas, that doesn't have those robust high voltage transmission connections, we could actually pull energy and generation from those neighboring regions."

Also, PJM representatives say they have a bit of an insurance policy when it comes to who they work with - and what happens if they don't do their job.

"If those generators are being paid to be there when we need them on that hottest summer day or coldest winter day aren't there for us, they undergo some very significant penalties."

Even so, our grid in PA has been tested.

While it may be likely we would see power outages like Texas, Pennsylvanians could see sky-high bills.

"It's eerily similar to what happened here in 2014 with the polar vortex," said Alana Roberts with PPL electric.

She believes Pennsylvanians who pay a variable rate can be hit with a huge bill because the demand for power could be much greater than the supply.

"These consumer protections need to cap the variable rates at some point to avoid the skyrocketing electric bills, that's not in place. so that could happen here."

People in Pennsylvania can shop around for that generation part of an electric bill.

Those options vary from a variable, fixed, and unlimited rates.

Which all have pros and cons.

FOX43 Finds Out has an indepth look at how it all works.