Restaurants can now apply for grant money to help during COVID-19 mitigation efforts, but is it enough? FOX43 Finds Out. 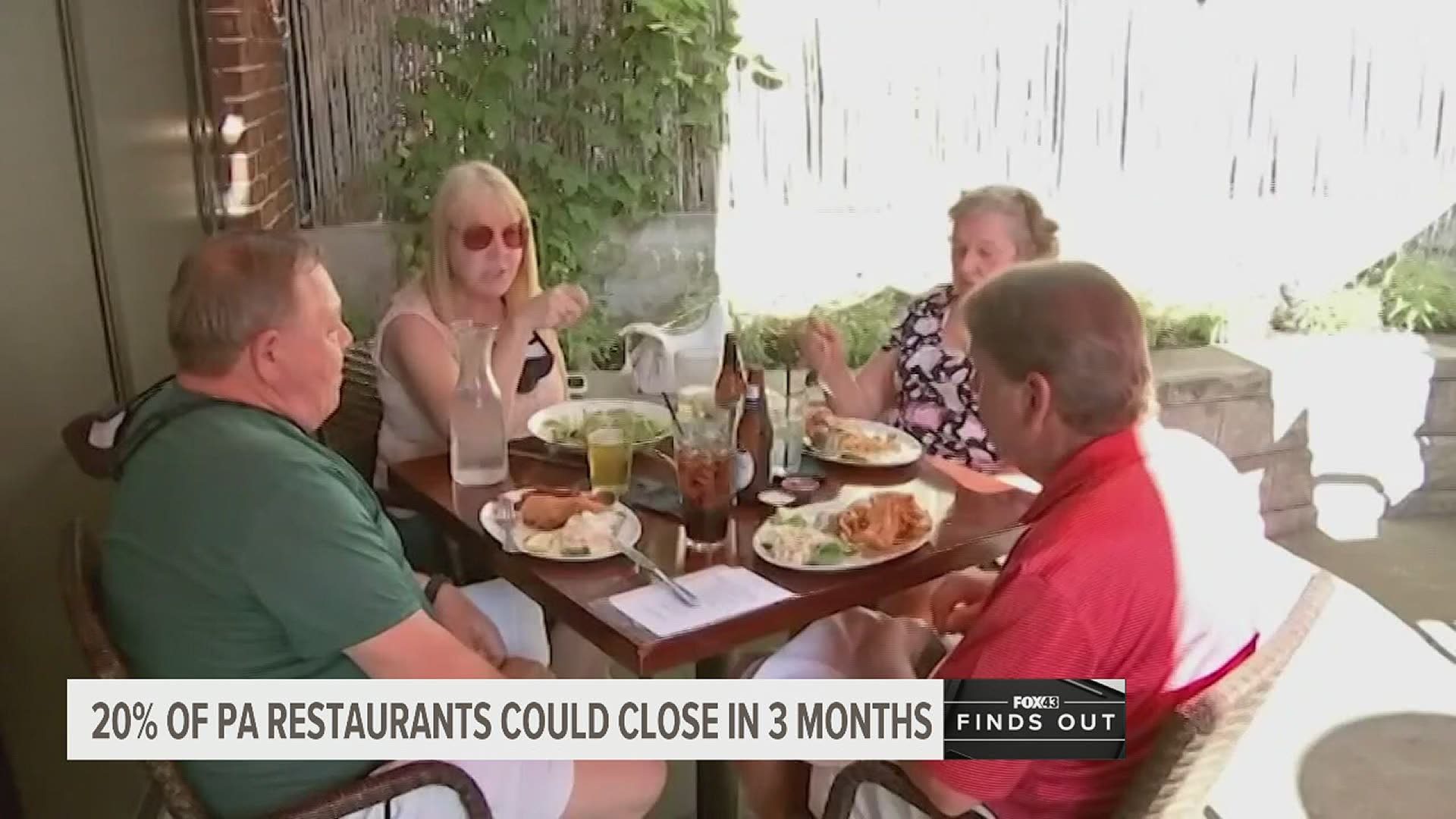 HARRISBURG, Pa. — More than 5,000 Pennsylvania restaurants could close for good in the next 3 months if covid-19 mitigation orders aren't lifted.

That's according to a recent survey from the National Restaurant Association.

Is it too little too late?

All 67 Counties will distribute the money through economic programs and restaurant owners have to apply.

"This funding is going to make a big difference for business in the commonwealth," said Gov. Wolf.

Though the governor also recognizes this money is not enough for an industry that has been severely impacted by COVID-19 mitigation orders and the CEO of the Pennsylvania Restaurant and Lodging Association agrees.

"That's a drop in the bucket when you figure there are 26,000 restaurants and 1,500 hotels in the state," said John Longstreet, CEO of Pennsylvania Restaurant and Lodging Association.

Longstreet wants businesses to get some of the money that could come if the latest federal stimulus bill passes, "We'd like to see a billion dollars of that money given to the hospitality industry, not just restaurants and hotels, but travel and tourism and related entities."

There is currently legislation that would do that once the money comes to the state.

"That's probably the amount of money it's going to take to keep these restaurants and hotels from going out of business before the end of the pandemic," said Longstreet.

"I don't think this number actually surprises anyone considering what the restaurant industry has been through, but it's still very painful, particularly for these employees who work at these restaurants."

Longstreet says the best solution for restaurants, would be to remove the 11 pm alcohol curfew and requirement to sell a meal with a drink, as well as to allow bar seating again in restaurants - with social distance measures in place.

"I haven't talked to a single operator that hasn't said 'I don't want handouts, I want to be able to operate.' but given the inability to operate, they're going to need money to make it through.

Governor Tom Wolf did ease some COVID-19 restrictions like travel orders and gathering limits, but nothing for the restaurant industry.

The Governor says that was because of recent CDC recommendations.