Pennsylvania law states counties must send out letters about a mail-in ballot list, so why do people think it's a scam? FOX43 Finds Out. 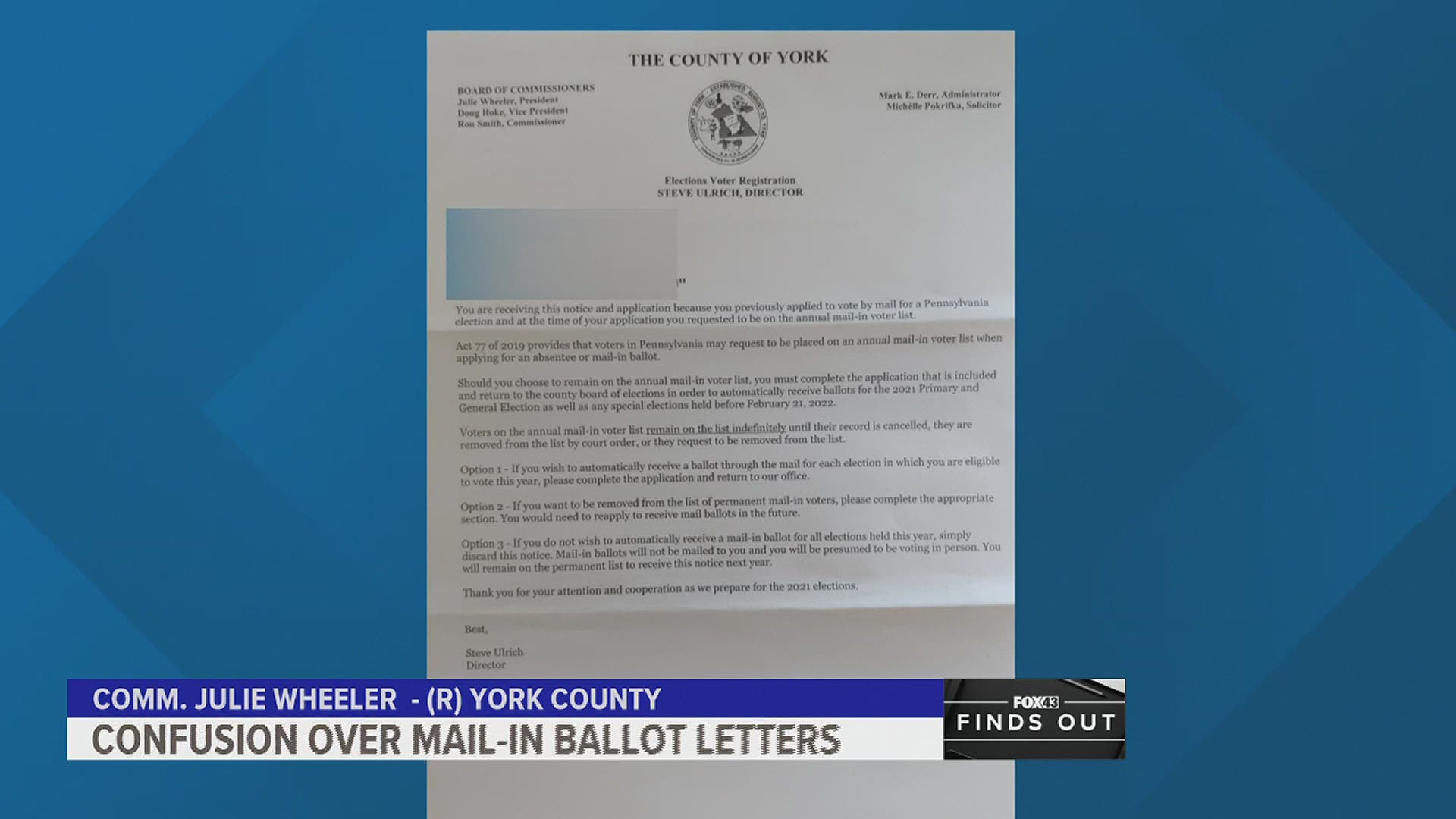 YORK COUNTY, Pa. — People all across Pennsylvania are getting letters about being on a mail-in ballot list.

It's part of Act 77, the law that allows more widespread voting in the commonwealth.

So why do some people think it's a scam?

We brought the question to York County Commissioner Julie Wheeler, who said " No, this is not a scam. The state requested counties send a letter like this."

Wheeler explains that counties need to send this letter to people who voted by mail in the last election, adding "Because of the way Act 77 is written, counties every year will now be going through this process."

The process is sending a letter to every person who voted by mail and requested to be on the annual mail-in voter list.

It's a little box that people check when requesting a mail-in ballot.

There are three options on what you can do if you get this letter.

While people were being told to mail the letter, there was no address for where to send it.

That lead some people to think the letter was some sort of political scam.

Act 77 requires PA counties to send letters to people who voted by mail in the last election, asking if they want to remain on the mail-in ballot list.

So why do people believe one York County letter is a scam?#FOX43FindsOut tonight on @fox43 news at 10. pic.twitter.com/Tpcnd3gjkh

As we head into the primary election later this spring, Wheeler wants people to know they will likely be getting even more letters related to mail-in ballots.

Those might not be coming from your local election board.

"If you returned your letter and said, 'I want to say on the list, I want to request a mail-in ballot.' There is nothing to prevent a third party from sending you a mailer that says 'Here's your application for a mail-in ballot.'"

You can always check the status of your voter registration, even if you want to vote in person or by mail, by going to the Department of State website.