Fraud experts are estimating scammers may have ended up with just about 50% of unemployment payments since the COVID-19 pandemic began. 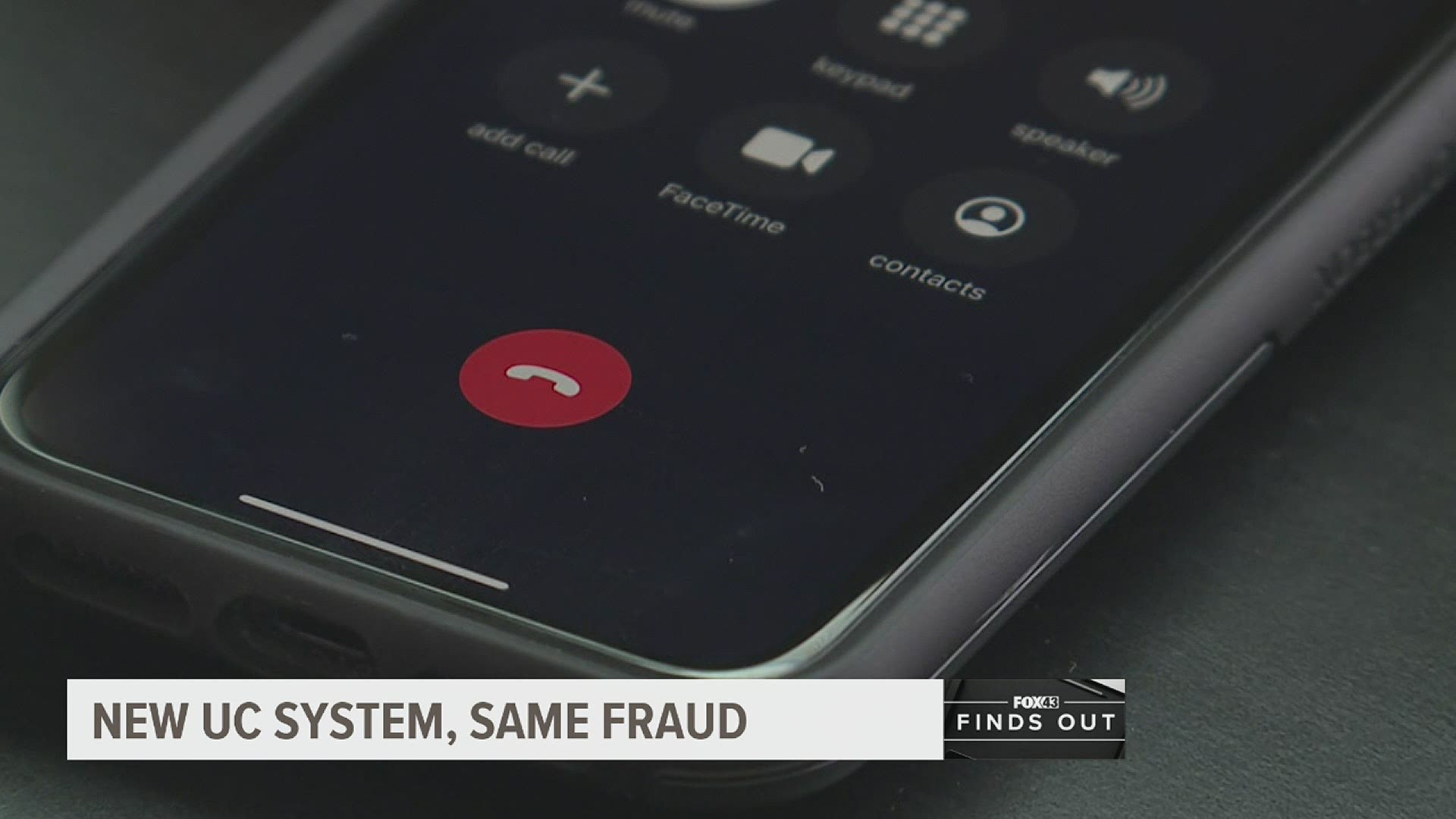 HARRISBURG, Pa. — Pennsylvania's unemployment system may be new, but an old problem is still lingering: fraud.

What does this mean for the thousands of people who are still waiting for payments?

"I get very frustrated when I get the busy signal after hang up, call, hang up, call after about the 10th time I'm just....sometimes I just honestly want to throw my phone. To actually get a person on the phone and for them to say, well you just need to be patient, I have been. it's been a month like I'm getting nowhere. I don't know what's going on."

When Sheaffer heard the CEO of ID.ME,  a company that prevents fraud and works with Pennsylvania on its Pandemic Unemployment Assistance system, recently told several news outlets that as much as 50% of all unemployment payments might have been stolen by people filing fraudulent claims, she was furious.

"It's heartbreaking and then it stinks because then people that are legitimately just are off for a couple of months end up sitting with nothing because of people pretty much stealing."

Here's one reason you should chare about unemployment fraud even if you're not collecting unemployment: these scammers are also taking your money!#FOX43FindsOut why some fraud experts now say as much as 50% of unemployment $$ may have been stolen. Expect more on @fox43 at 10. pic.twitter.com/7xdVoxK6xL

How does this impact you?

What this essentially means is that these scammers are stealing from you.

Remember, most of us pay into unemployment every paycheck we get, so if we need it, we kind of earn it.

It's estimated that a lot of the scammers who are fraudulently filing claims don't even live in the US, so most of that money isn't helping you or your neighbor.

That money you worked for is essentially thrown out.

"It makes me really angry, to be honest," said Shaeffer.

What is the PA Department of Labor & Industry Doing about this?

FOX43 Finds Out asked the PA Department of Labor and Industry just how many fraudulent payments have been made in our state.

A spokesperson told us L&I does not have an estimate because of ongoing fraud investigations.

However, she did say there was an increase in fraud when the new unemployment system launched.

The spokesperson did say while the new system has increased anti-fraud measures, these have not affected the ability to pay legitimate claims.