A man lost his VA medical card almost 40 years ago. FOX43 Finds Out if that man can get the replacement card he says he deserved. 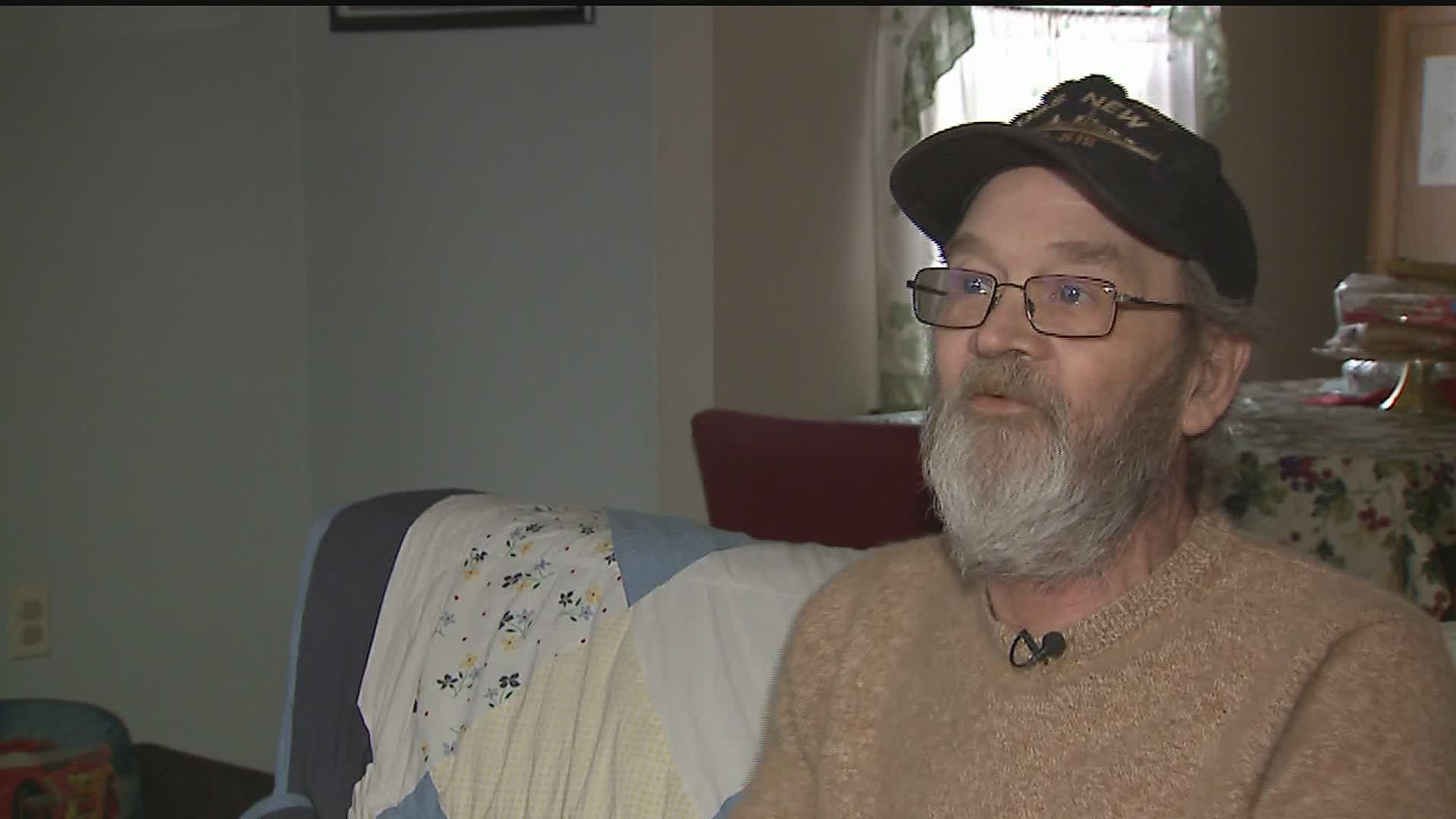 LANCASTER COUNTY, Pa. — A Lancaster County man says he has all the proper paperwork to prove he served in the Navy during Vietnam.

Yet, he still doesn't have a VA medical card.

Outside of his home in Mount Joy, Jeffrey Unangst has a flag that reads "Veteran & proud."

The Lancaster County man served in the Navy during the 1970's.

Unangst said, "This basically certifies and documents the fact that I am a veteran."

When he returned from his time served, he used some of the benefits of being a vet.

"I had medical, VA medical. I had gone there for some counseling."

Lost, but not forgotten

Then, during a hiking trip with buddies in the early 1980's, he lost his wallet.

"I tried looking for it and I couldn't find it. It was like 'Ah man, all those cards."

Including his Veteran Health Identification Card.

He hasn't been able to get a replacement since.

Years ago, he tried getting a new card at the VA Medical center in Coatesville.

"I even showed her my replacement social security card, my new driver's license. The only thing I didn't have was my DD-214 with me. I don't carry it with me, I'm to safeguard it and keep it in my possession at all times."

He says he was told there was no record of him in the system.

So, he went home, got his DD-214 paperwork and he called the VA.

"I said, what's my chances of getting a replacement card for the VA Hospital. Oh, you have to go to the facility for that. Ok. So I'm back to square one."

RELATED: FOX43 Finds Out: Is trip insurance worth the price during the Coronavirus outbreak?

Getting a new card

FOX43 Finds Out contacted the VA about Unangst's issue.

Now, he says the VA is working with him to get a new card.

"It's a part of me. It was a part of me then and I just want it back. Why am I having so much difficulty in getting a replacement?"

Also, the VA in Coatesville sent us the following statement: "When a Veteran or family member concern comes to our attention, we make every effort to reach out to them directly, just as we have done with this Veteran. However, in February 2014, VA implemented a new, more secure Veteran Health Identification Card (VHIC) to replace the existing Veteran Identification Card (VIC). The redesigned card contains a barcode and magnetic stripe to protect Veteran information. When Veterans provide their enrollment information and have a photo taken at facilities, the VA Health & Eligibility Center verifies the information and mails the VHIC to the Veteran within 10 days>"

RELATED: FOX43 Finds Out: Listening to your "boss" could get you in trouble

If you have a story you want me to look into, FOX43 wants to find out. Let Jackie know, send her a message on Facebook or shoot me an email at FOX43FindsOut@FOX43.com.