FOX43 Finds Out: Why are unemployment payments taking so long?

Hundreds of people reached out to FOX43 sharing their unemployment stories of hardship. FOX43 Finds Out asks the Department of Labor and Industry for answers. 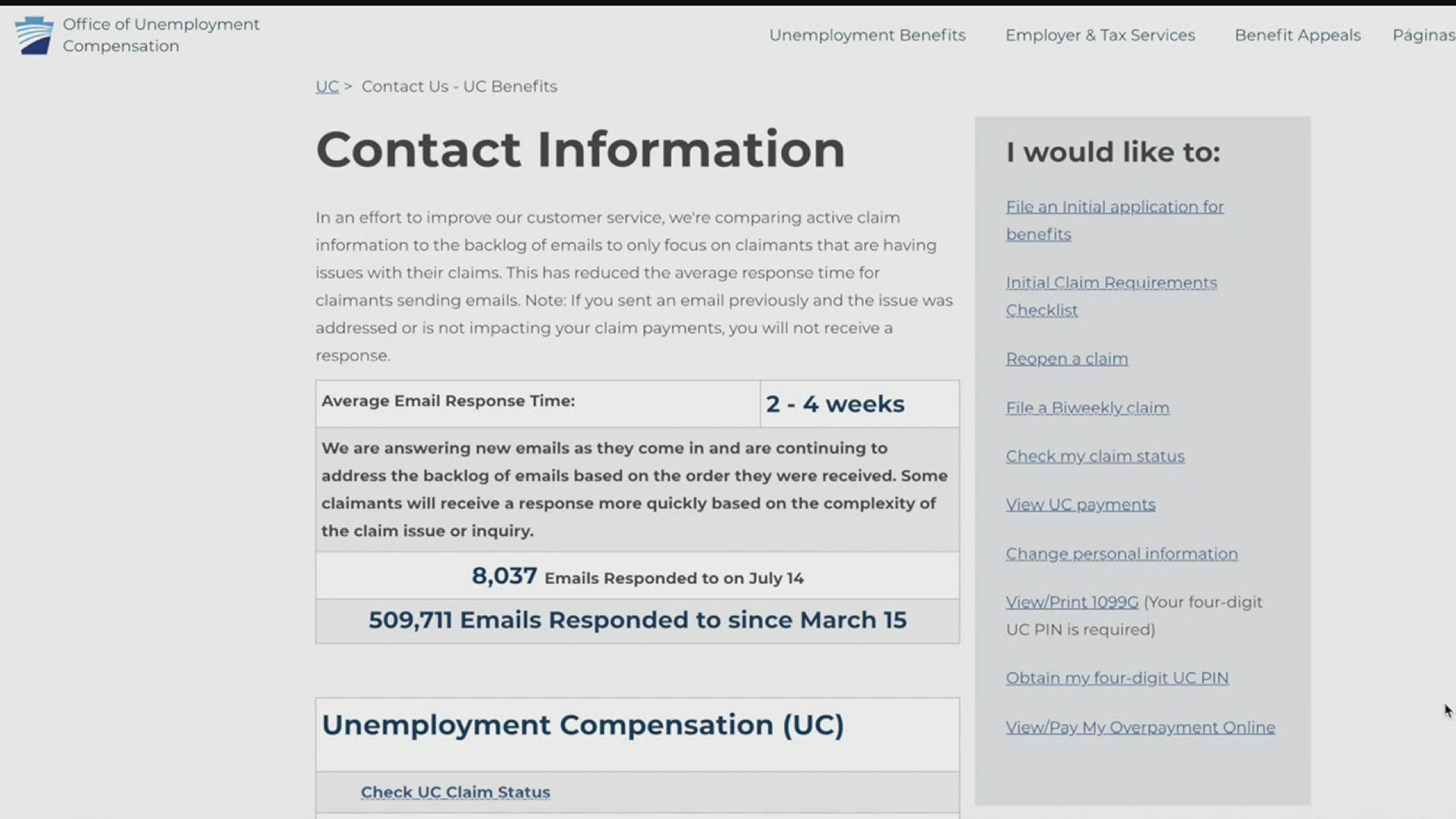 HARRISBURG, Pa. — Pennsylvanians who are still waiting for their unemployment benefits say the entire process is confusing and frustrating.

The PA department of labor and industry says about 90 percent of eligible claimants have received their money so far.

As FOX43 Finds Out, that still leaves more than 300,000 Pennsylvanians waiting for help.

Over the past few days, FOX43 has received hundreds of messages from people who say they have been waiting months for A payment or even response from the state unemployment office.

People who have worked their entire lives are now struggling to pay bills or just put food on the table for their kids.

"Everything is falling apart. I can't tell you how often I've cried."

Holly Pollack who has been waiting since early May for her unemployment benefits.

She recently got a text from the debit card company where biweekly claims are deposited and she thought she could finally pay her bills.

"It keeps telling me that I have $11,410 dollars on my Reliacard, but when I go look, there's nothing. And then I call Reliacard and they're like, no you have nothing, we can't give you answers, call unemployment, but when you call unemployment it's busy."

She's not the only one who is trying to get in touch with the Pennsylvania department of labor and industry.

"I haven't heard anything," said Bethann Reilly of Lititz who has been waiting 17 weeks for her unemployment payments.

She calls the office every day.

"My last count was 178 times within the past week."

Rielly even tried to get a job with the unemployment office.

"I even sent them an email, 'Hey are you hiring? I'll come and help you!" You gotta have a sense of humor," but nothing. Nothing.

The department of labor and industry has been hiring.

Since March, the staff at the unemployment service center has nearly doubled to almost 1,600 employees to help get through the more than 3 million unemployment claims filed by Pennsylvanians since March.

"If someone is filing successfully, but they haven't received a payment, that means there is an issue with their claim," said Susan Dickinson, the director of the unemployment benefit policy.

She says about 10% of people who have filed either have their claims under review or rejected.

Pre-pandemic, it would take about 6 to 8 weeks to investigate a claim to see if a person can get unemployment payments.

Now it's taking much longer.

"This is not something our regulations were prepared for," said Dickinson.

She has some advice for people who are trying to call about their claim.

"I always say they should try to call us later in the week, Thursdays and Fridays are always better."

RELATED: $600 extra unemployment benefit ends sooner than some might think

Although Dickinson says your best bet is to email the unemployment office with your question, "They don't have to email us multiple times, just one time gives them a place in line and we can at least address the issue once we get there."

Just be prepared to wait.

The waiting period for just a response to your email is 2-4 weeks and if you have a follow-up question to the department's response, that could be another 2-4 weeks.

"It depends on the situation and on the questions," said Dickinson.

We also know people have tried all of those methods and still, they’ve heard nothing and still have yet to see a payment.

RELATED: FOX43 Finds Out: why your unemployment payments may be on hold